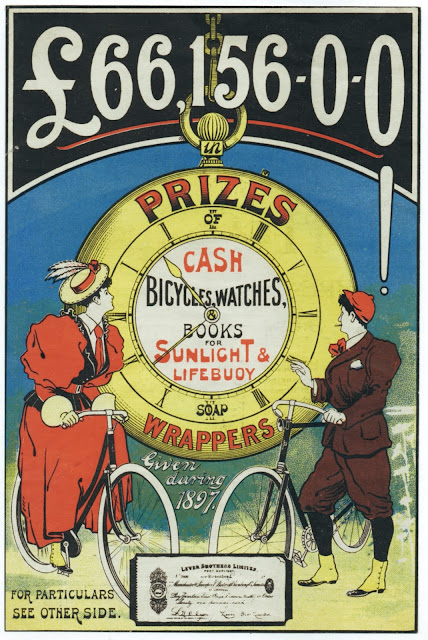 As long ago as 1897 the British consumer was subject to all manner of ingenious inducements to favour one branded product over another. Nobody took the philosophy of competition more seriously than the hyperactive Lord Leverhulme in his mission to cleanse the Victorian working class exclusively with bars of Sunlight and Lifebuoy soap. Sunlight was a laundry soap, launched in 1884 while Lifebuoy was for personal use and had only been on the market for 2 years. Lux soap was still 2 years in the future. Plenty of long-standing competitors (Pears’, Wright’s Coal Tar, Hudson’s, Vinolia*) were prolific advertisers and Leverhulme’s response was to extend the reach of his advertising from general to specialist periodicals and launch lavishly funded promotional rewards designed to tie customers to his brands. To claim a prize a customer had to submit a minimum of 50 Sunlight or Lifebuoy wrappers. Combinations of the two weren’t acceptable. This was a major challenge for the average user and almost insurmountable for those who aspired to win a bicycle since the value of the prize was proportionate to the number of wrappers sent in. It’s safe to say that the additional sales revenue must have comfortably exceeded the value of prizes won by the fortunate few. History doesn’t record whether interested parties formed themselves into syndicates to pool their resources - even if successful they would have faced the problem of how to divide the ownership of a bicycle or a pocket watch. Advertisers are never less than one step ahead of consumer resistance and one failsafe technique is to present the manufacturer as a paragon of disinterested generosity, showering its loyal customers with munificence. In the last decade of the Victorian era, consumer business expanded at speed and famous brands intensified the battle for supremacy. A very different story from the languid Fin de Siècle decadence that prevailed in the expressive arts.


*Hudson’s Soap was acquired by Leverhulme in 1908, Vinolia in 1906 and Pears’ in 1920. When Simple Skincare was bought by Unilever in 2010, it became the owner of Wright’s Traditional Soap, as it is now known. 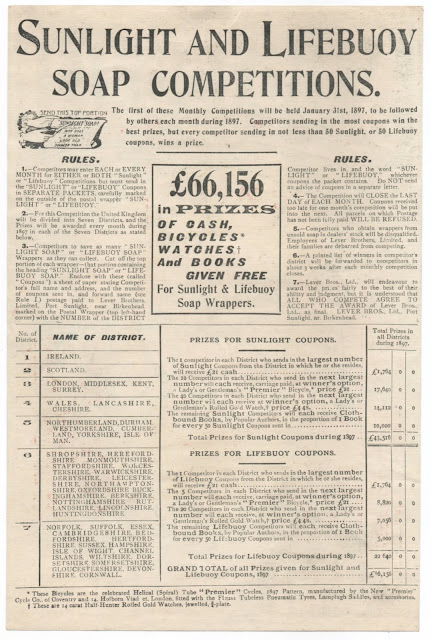 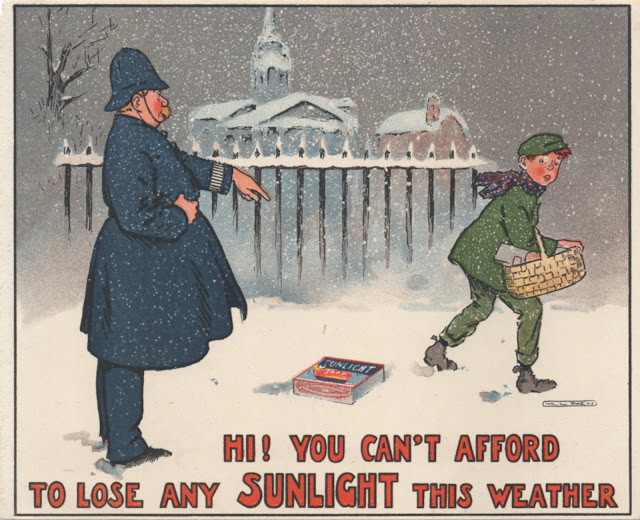 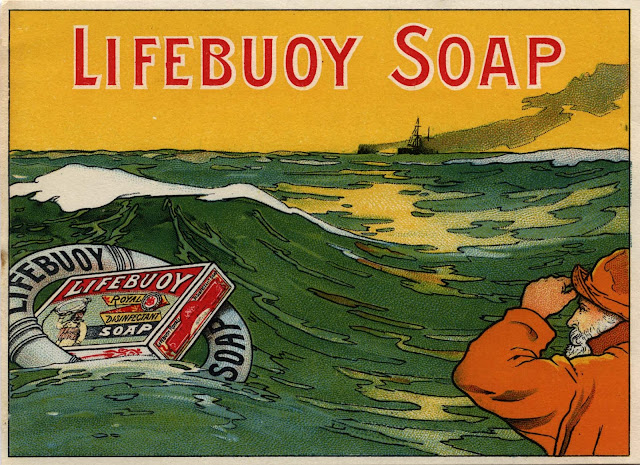