Off the Shelf - The Animals’ Trip to Sea This generously illustrated, large format picture book for children dates from 1900. Text is by Clifton Bingham with illustrations, many in chromolithographed plates by G H Thompson (1861-?). Bingham (1859-1913) was a regular writer of children’s books for publishers Ernest Nister and collaborated with Thompson on many occasions as well as working with Louis Wain, Edith Cubitt and Harry B Neilson. Late Victorian book buyers were greatly attracted to books for children in which the characters were entirely drawn from the Victorian menagerie of exotic creatures endowed with human characteristics and costumed in the fashions of the day. On the title page, Bingham subtitled the book thus, Being a True and Veracious History of the Eventful Voyage of the SS “Crocodile” from Nowhere in particular to Anywhere in general. Thompson’s great skill was to draw animals that were instantly recognisable human types. Nothing went smoothly for these hapless characters - Bingham subjected them to endless humiliations in the service of his plots which mostly turned upon the utter stupidity of the animal kingdom. Each plate is packed with interest as a good children’s book should be, with an accumulation of detailed observation, a visual parody of human behavioural foibles. And somehow through all misadventures - driving rain, missed connections, collapsing gangways, and a ship that runs aground - an air of good humour prevails. Nister books were produced for the better-off households, many of which employed private tutors to develop the potential of their offspring. They were well served by Thompson’s richly coloured anthropomorphist fantasies which gently introduced the privileged young reader to the great unwashed with their rough and ready ways, in the eternal hope that their paths would rarely, if ever, cross. 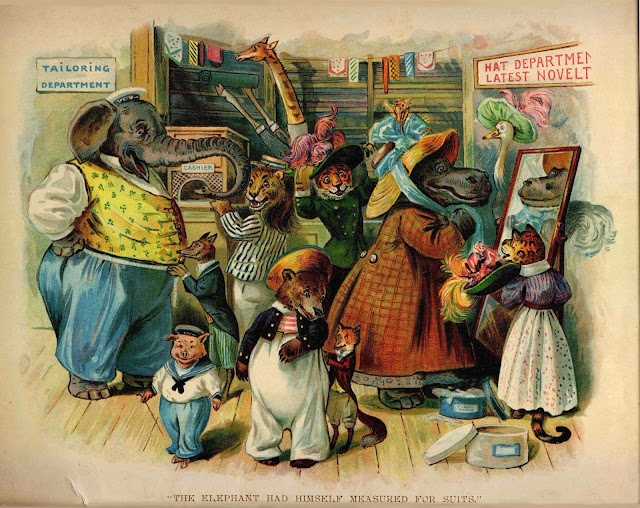 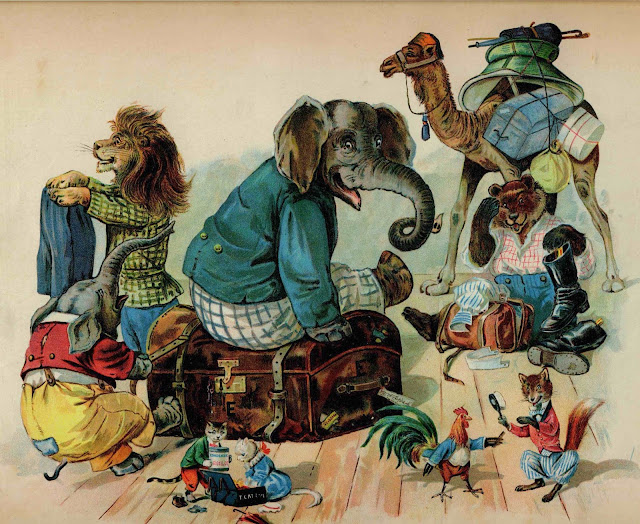 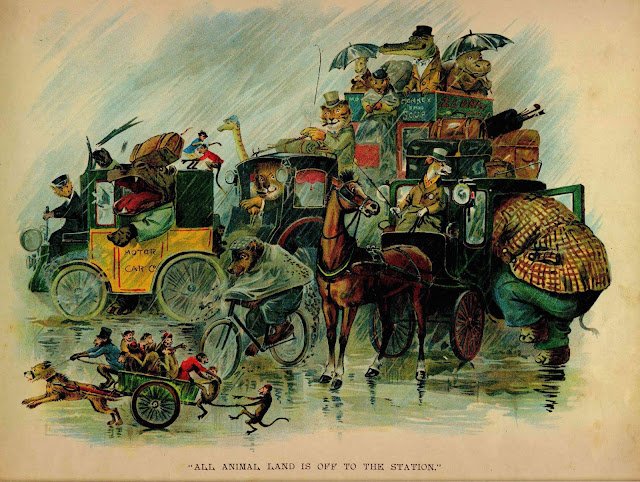 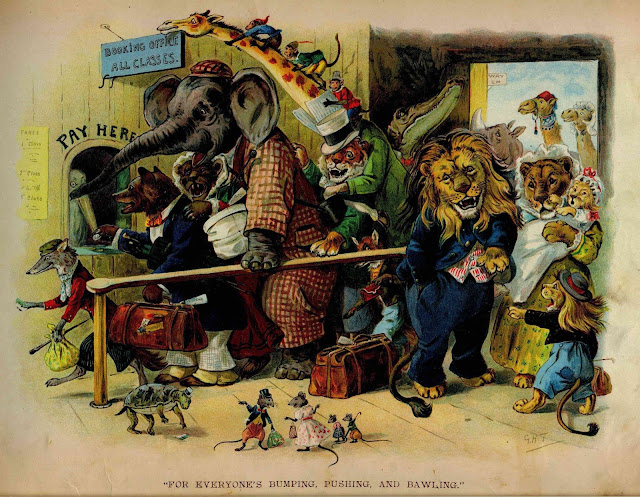 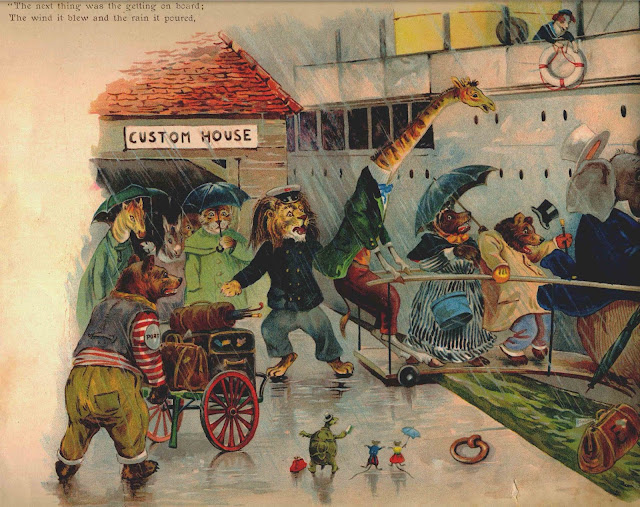 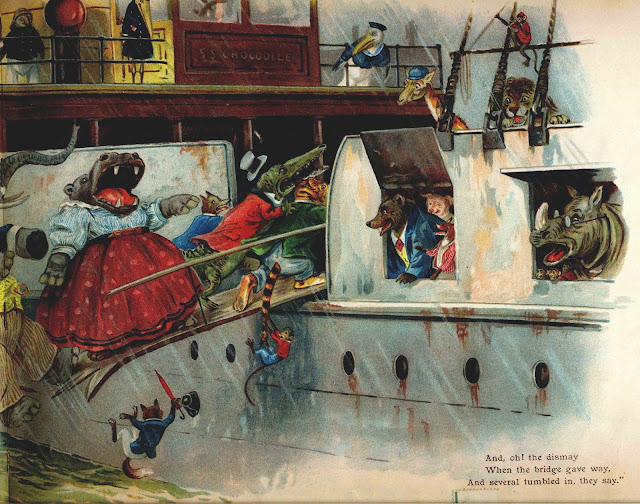 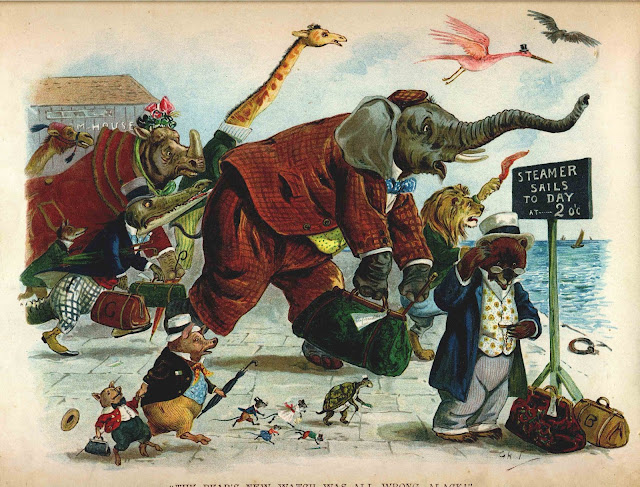 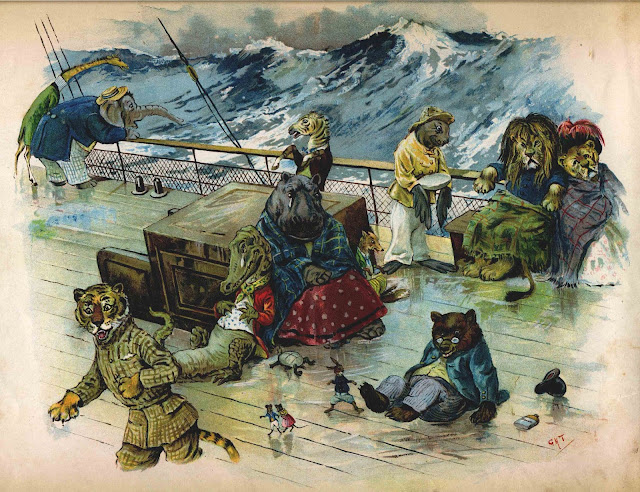 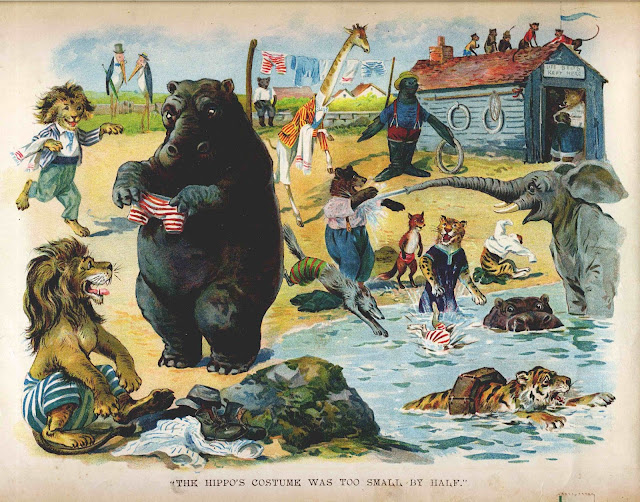 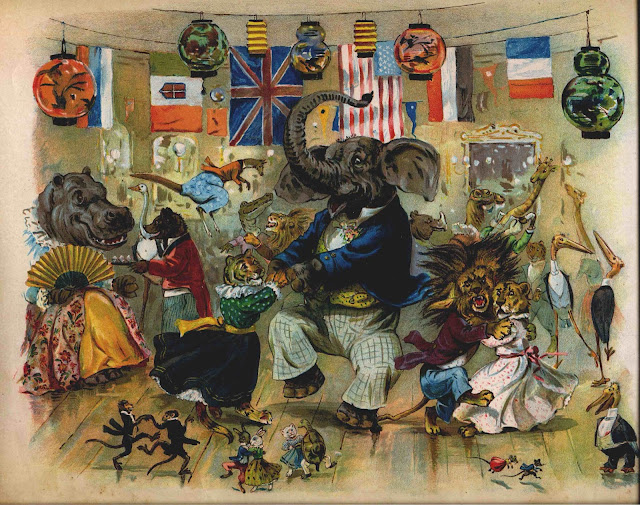 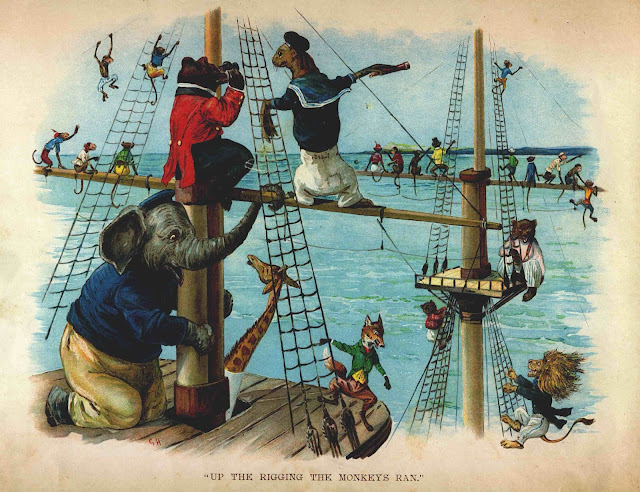 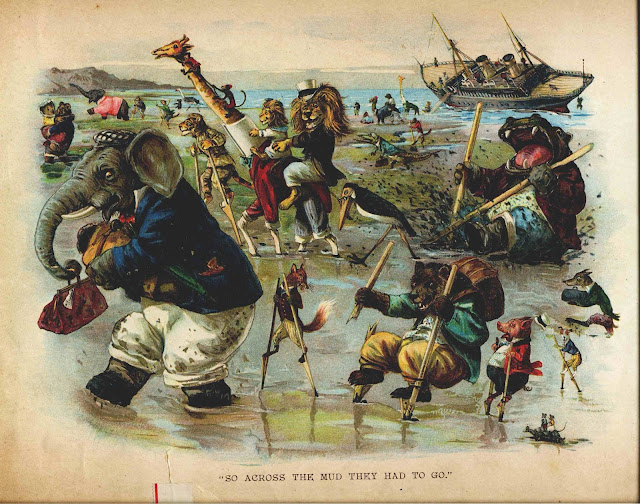