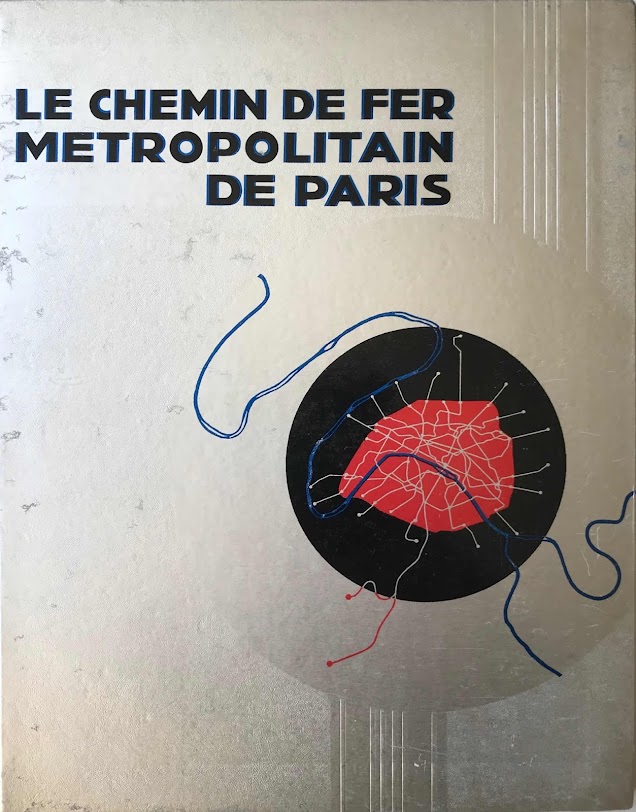 Every decade in the first half of the 20th. century one or other of Europe’s colonial powers would mount an exhibition to celebrate and legitimise their imperial dominions and plunder.  The principle audience was a domestic one but it also offered an opportunity to remind rival powers of France’s global reach.  Years of planning and a purpose built exhibition building was essential to do justice to the scale of the colonial project and L’Exposition Coloniale opened in May 1931. A subsidiary aim of the exhibition was to portray the French colonial presence as enlightened and benign as if colonial subjects were almost equal partners in a global French nation.  We may look back and see a shaming exercise in imperial condescension and national self-aggrandisement but that’s not how the French public would have seen it.  For them it was a powerful reminder of France’s high standing as an international player.  Reinforcing patriotic values at a time when a gathering economic crisis was threatening the stability of a nation rapidly fracturing into political extremes of Right and Left.  Outdoor exhibits were displayed in the Bois de Vincennes and a more scholarly presentation of indigenous arts and crafts was housed in the newly constructed Palais de la Porte Dorée, about which we posted in February 2015. 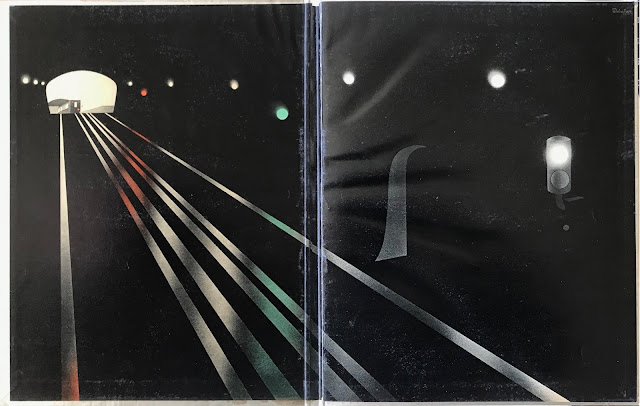 The public relations staff at the Paris Métro got swept along in the general fervour and marked the occasion with a lavish presentation book proclaiming the wonders and achievements of Parisian public transport, expensively packaged within a metallic finish board cover.  Inside were tipped-in reproductions of specially commissioned paintings of Métro-related subjects and tables of statistics demonstrating the superiority of the Métro over its international rivals. The endpapers were graced with air-brushed Art Deco-styled imagery of the Métro in action that added to the air of luxury the publishers were striving for.  It was not something to be casually handed out to the general public but almost certainly reserved for honoured guests, foreign diplomats and senior officials as a corporate souvenir gift. 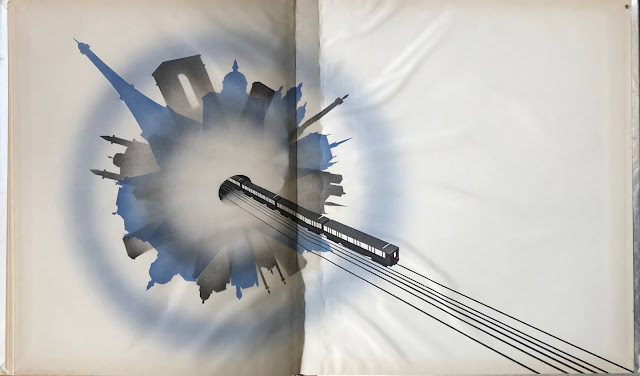 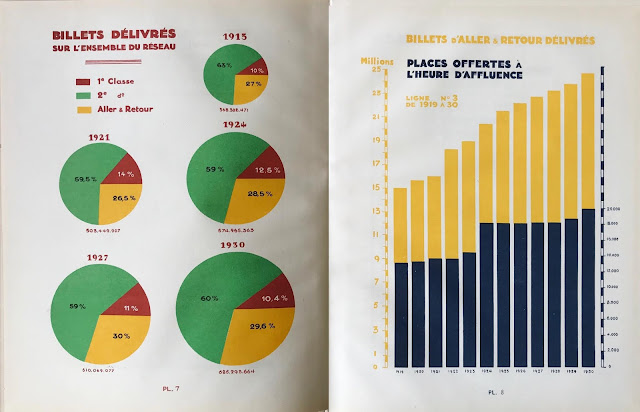 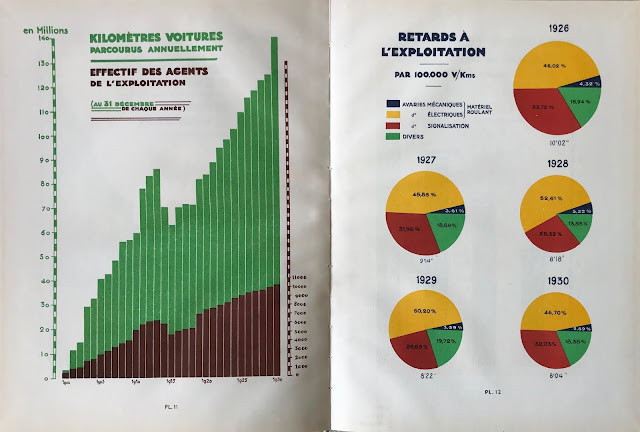 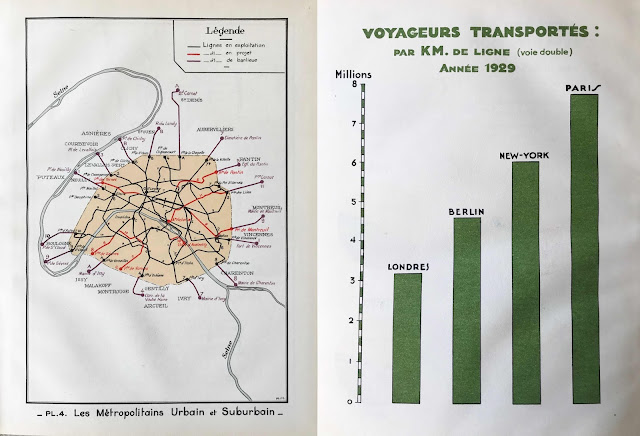 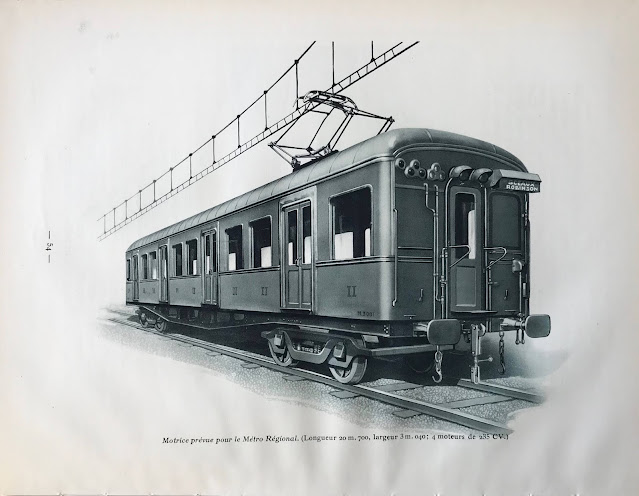 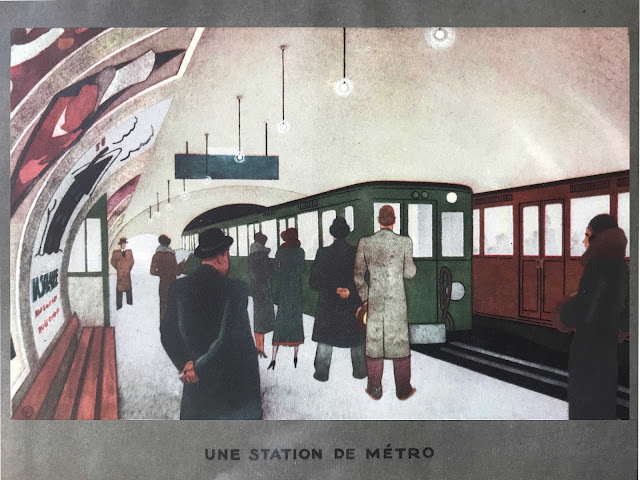 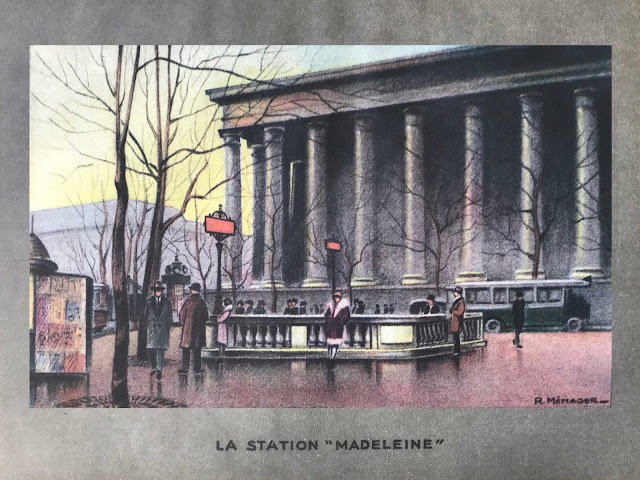 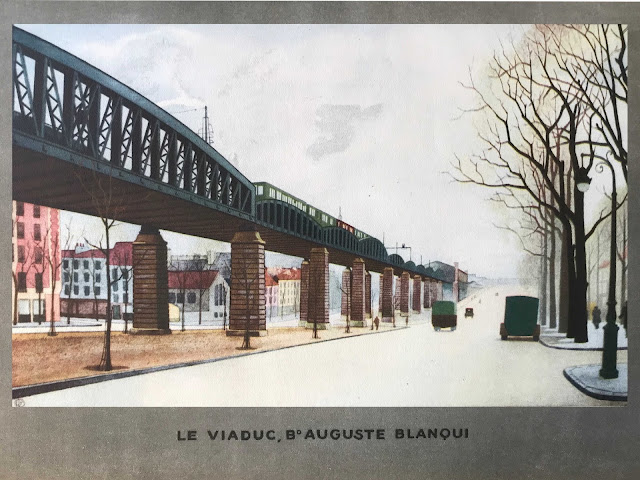