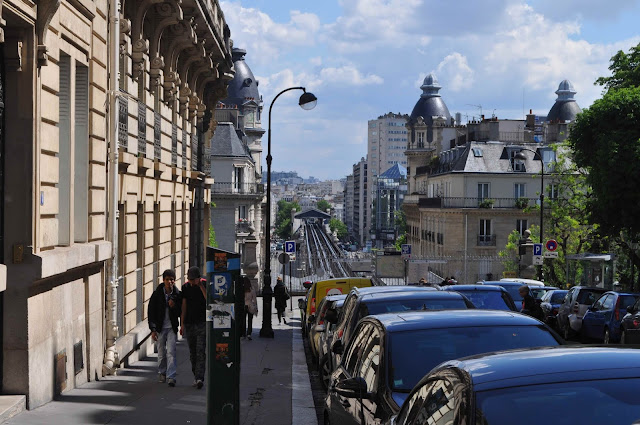 Pont de Bir-Hakeim links the Parisian districts of Passy (16th.) and Grenelle (15th.) and carries Métro line 6 over the Seine on one of two such crossings on its circuitous arc from Charles De Gaulle - Étoile in the west to Nation in the east. Approaching the Passy Métro station on rue de l’Alboni ends in a deep visual dive over the river Seine as if poised at the top of a ski slope.  From the railings at the end of the street the view takes in the platforms and canopies of Passy station and the ribbons of steel rail leading to the next station and beyond, deep into the 15th. arrondissement. Less obvious are the bridge abutments that mark the passage over the Seine which is the reason for this spectacular view opening up. 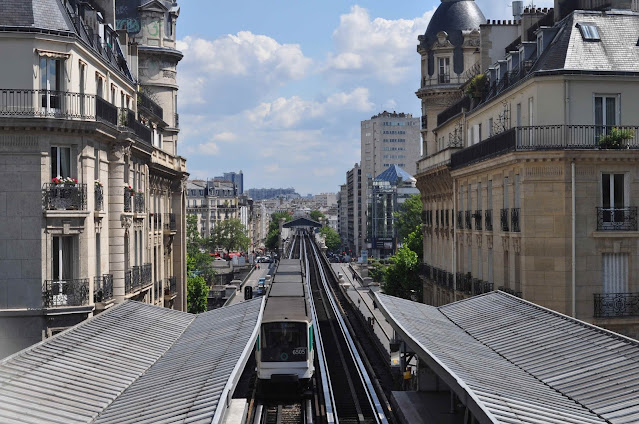 The bridge itself is a two tier viaduct for road and rail (Métro) - in the centre of the roadway a pedestrian walkway and cycle route runs underneath the rail bridge.  The railway runs on a concrete deck supported by tall slender steel columns, each formed from four plate sections that taper and flare to make them easier on the eye. There’s more beautification in the form of Classical reliefs representing Electricity and Commerce on the stone built central arch. Additional sculptures grace the steel substructure where it rests on the stone pier of the Île aux Cygnes.  The bridge designer was Jean-Camille Formigé whose work can be seen all over the city on Métro infrastructure and the Viaduc d’Austerlitz. When the bridge was completed in 1905 it was known as the Viaduc de Passy – in 1948 it was renamed in honour of the Free French military victory at Bir-Hakeim in 1942. 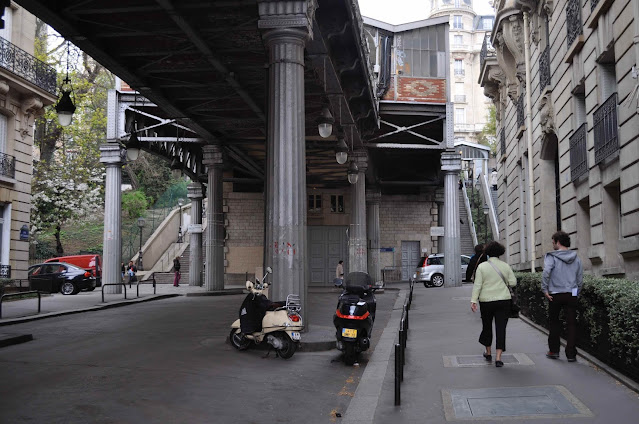 The colonnade is a popular location for fashion photo-shoots and the bridge has made many appearances on screen, most notably in Zazie dans le Métro and Last Tango in Paris. The photos conclude with images of the elevated platforms at Métro Bir-Hakeim (formerly Quai de Grenelle). 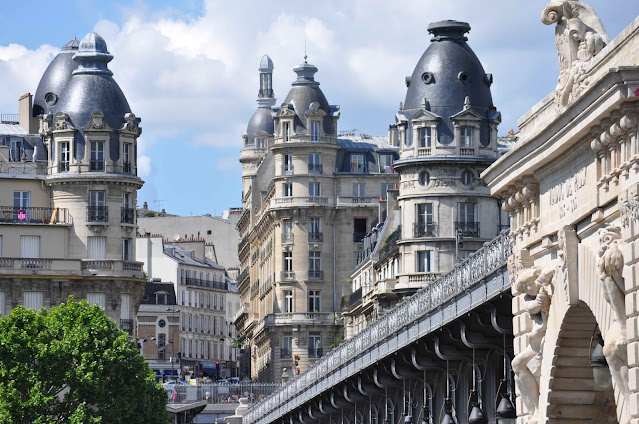 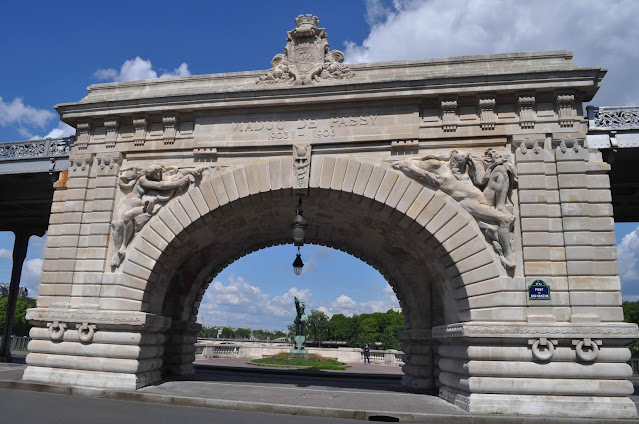 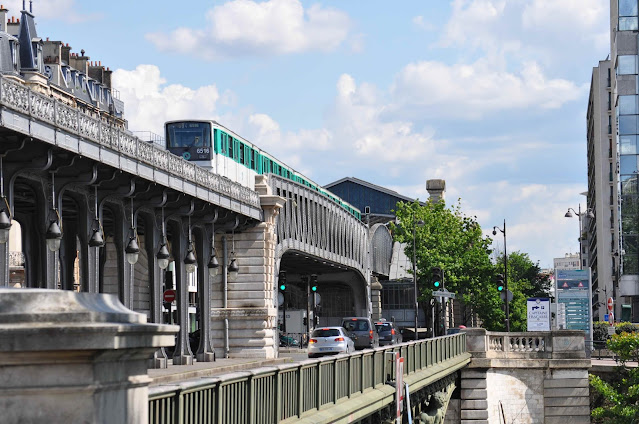 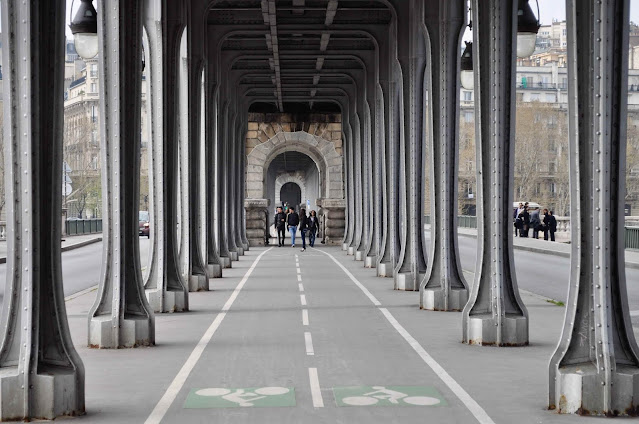 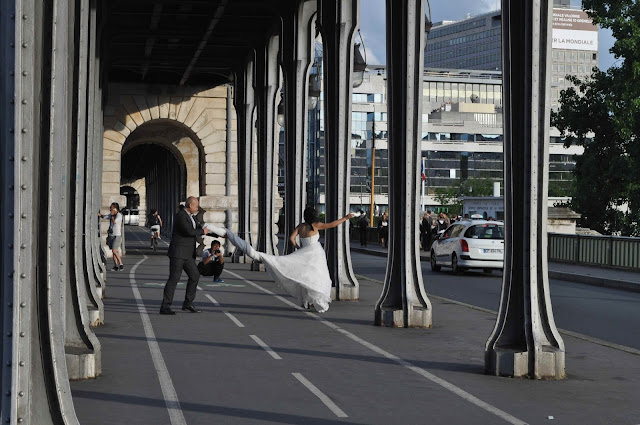 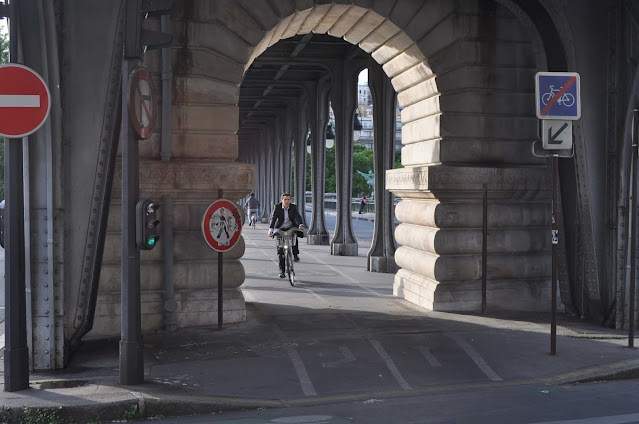 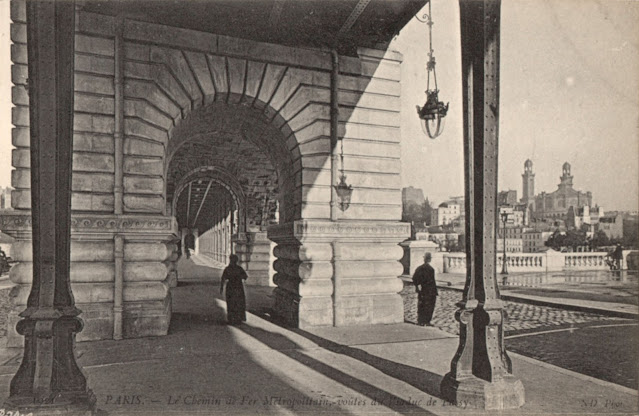 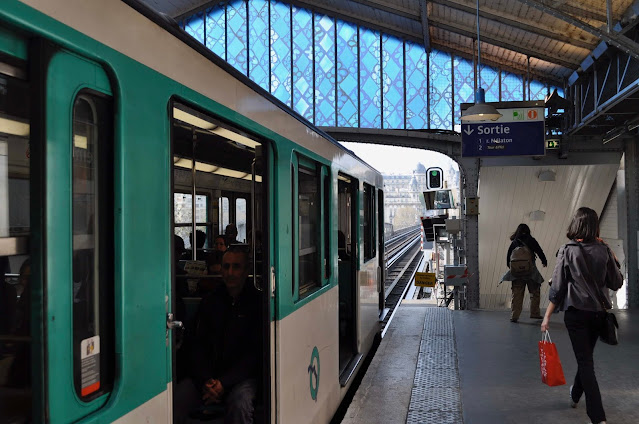 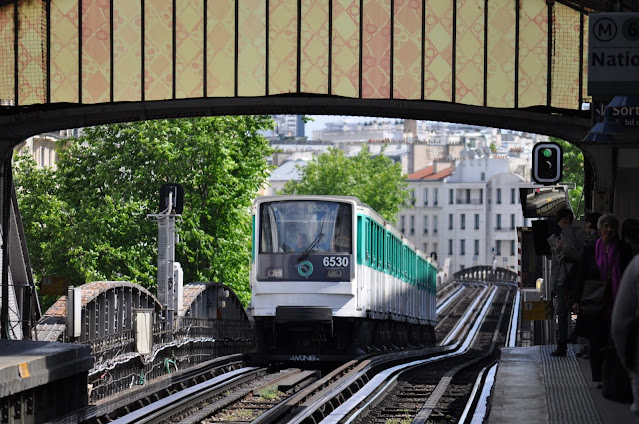 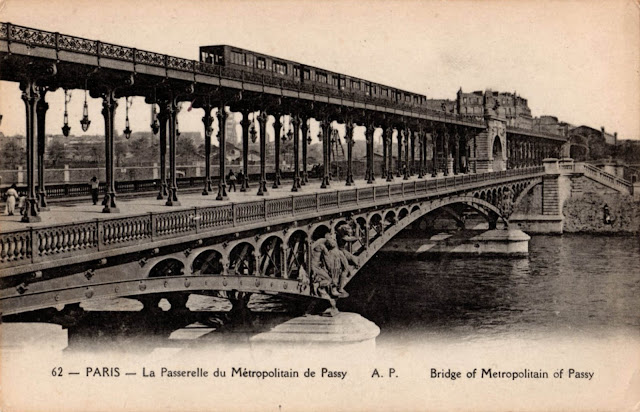 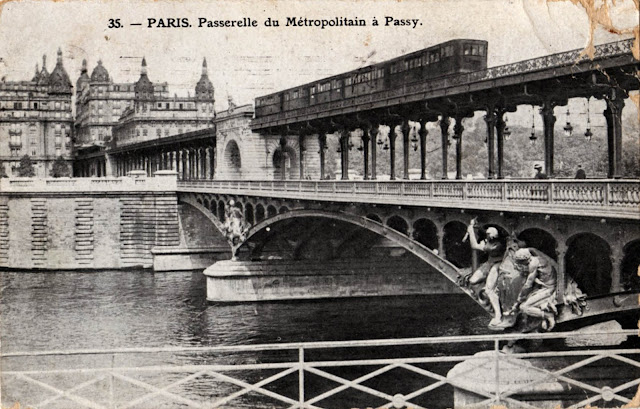