Postcard of the Day No. 103 Morlaix 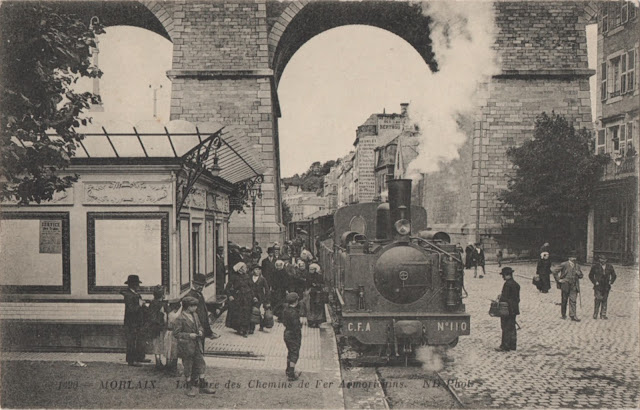 A busy scene in the Breton market town of Morlaix where a narrow-gauge train operated by Chemins de Fer Armoricain, a metre-gauge network of lines built to connect small towns and neighbouring coastal settlements along the north coast of Finistère.  The Morlaix section opened in 1912 which may well be the year of the postcard. A group of women in Breton headdress are making their way into town, passing the modest but decoratively detailed station building, complete with édicule.  Above the train, the massive piers of a railway viaduct can be seen on its march across the steep sided valley in which the town is located.  What we see here is just the first level of the structure which has 9 arches - the upper level is more than 60 metres in height and has 14 arches.  Its presence is inescapable - it dominates the view from all districts of the town and must have been a hugely resented intrusion when it was under construction in 1861-63.  The lower level incorporated a pedestrian walkway but last time I was in Morlaix (more than 10 years ago) I discovered it locked and barred in a way that suggested it was unlikely to ever reopen. 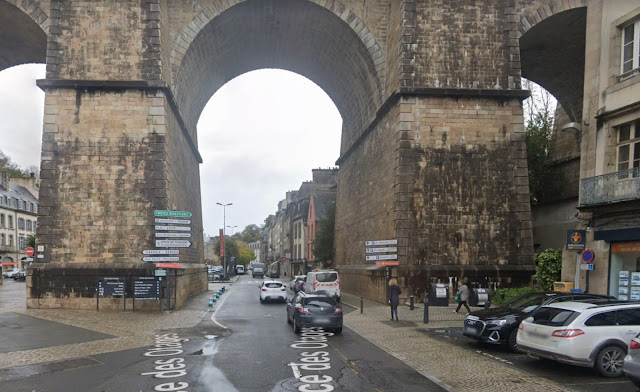 After several years of construction the viaduct was fully opened in 1865 as a vital link in the main line from Paris to Brest operated by Chemins de Fer de l’Ouest. Today, up to 7 TGV services from Paris-Montparnasse cross overhead each day and the viaduct is protected as a national monument. These postcards are a reminder of how private commercial interests could transform a townscape that had evolved over many centuries by promising connectivity and future prosperity. At the same time public perception changes from outright hostility via gradual acceptance to popular veneration as a monument to engineering achievement.  The narrow-gauge railway was barely viable from the start and never generated enough traffic to pay its way - the convenience of delivering passengers to the heart of the town was offset by the lack of potential business in the sparsely populated hinterland. It closed for good in 1934 after only 22 years of service. Despite several visits to Morlaix over the years, I had no idea of its existence until I saw this postcard. 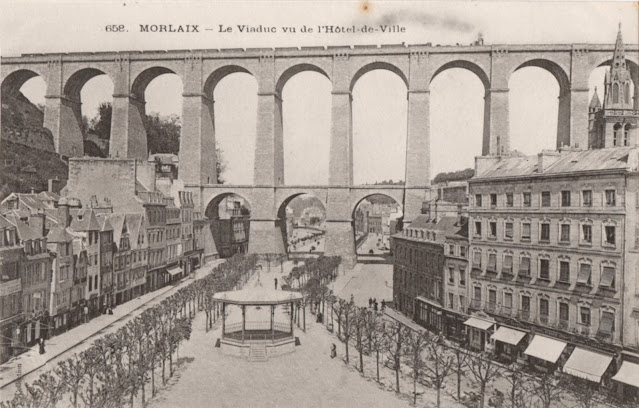 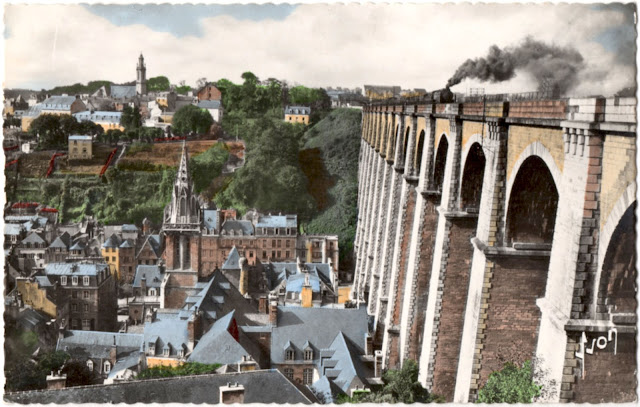 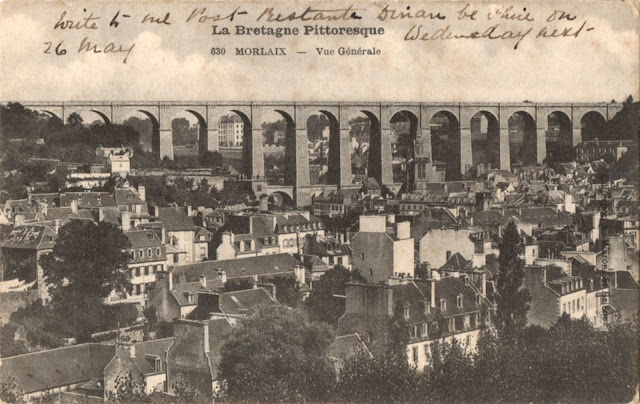 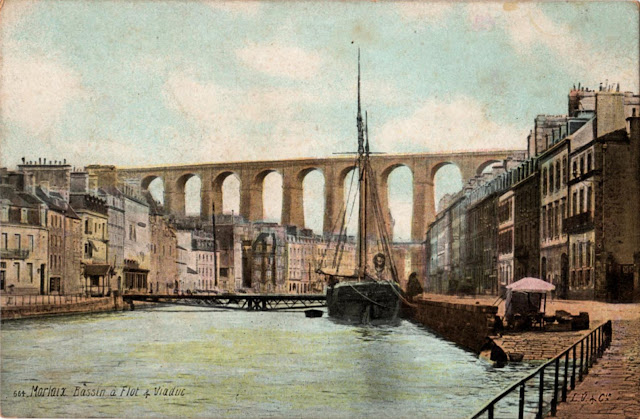 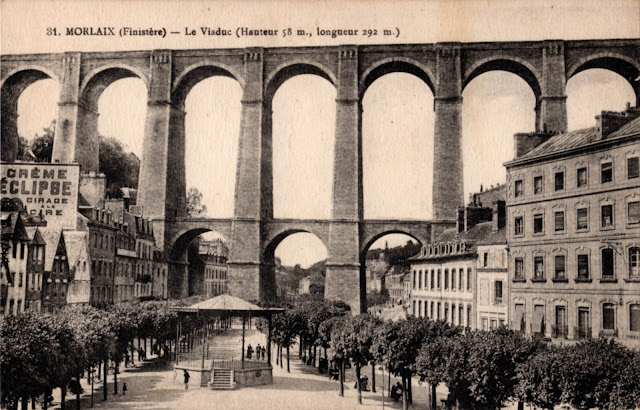 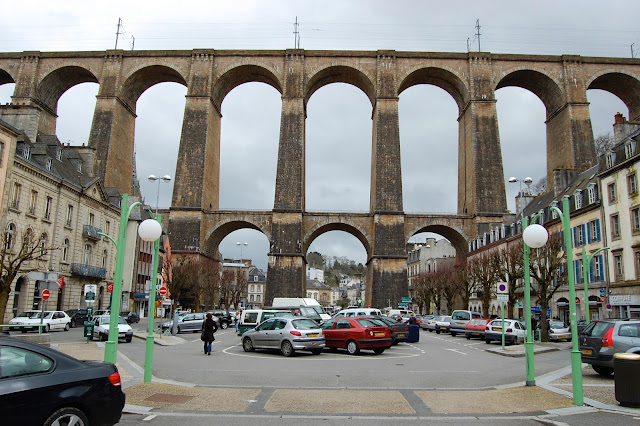