Airborne over the Great Orme 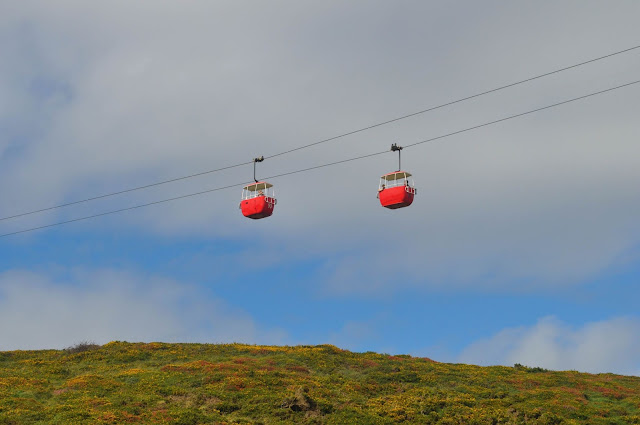 Situated to the north west of the North Wales seaside resort of Llandudno is the Great Orme, a chunky limestone headland, operated as a country park and nature conservation area. Copper mining has left behind a vast and only partially explored network of tunnels that have been made into a visitor attraction. A tramway opened in 1902 to link the town below with the summit and now provides an anachronistic visitor experience in open sided vehicles driven by a continuous running cable embedded in the trackway.  In 1969 a Cable Car began to offer an additional connection with the town with 20 cabins in circulation at intervals of one minute. For the voyeuristically inclined this aerial parade of 4 person pods makes for an interesting spectacle.  From the slopes below it’s easy to observe the various behaviours the overhead voyagers display - some are absorbed in recording a movie on their mobiles while others affect an air of lofty indifference as they sail by.  Visually, the point where the cars cross is the most striking as the space between contracts and expands.  These photos were taken in September 2016. 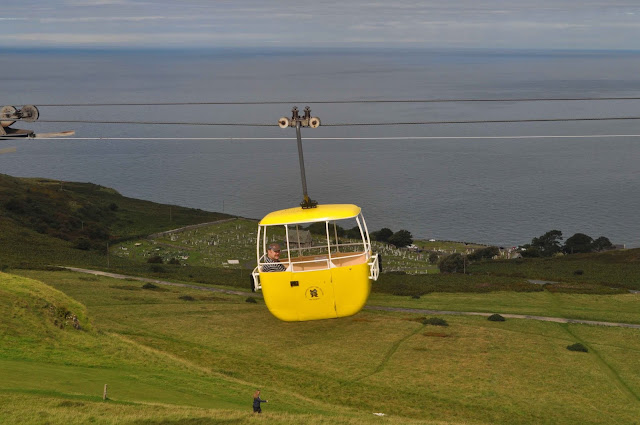 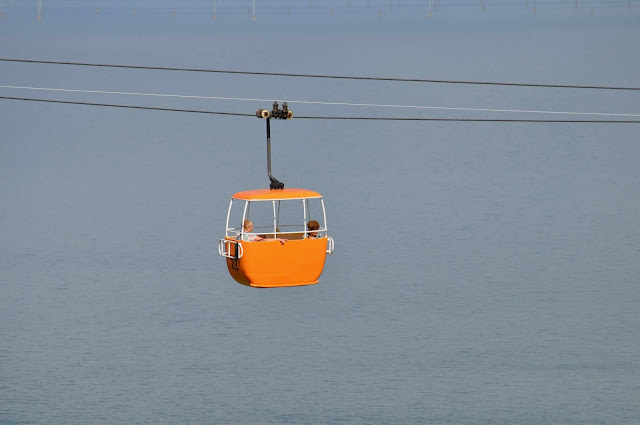 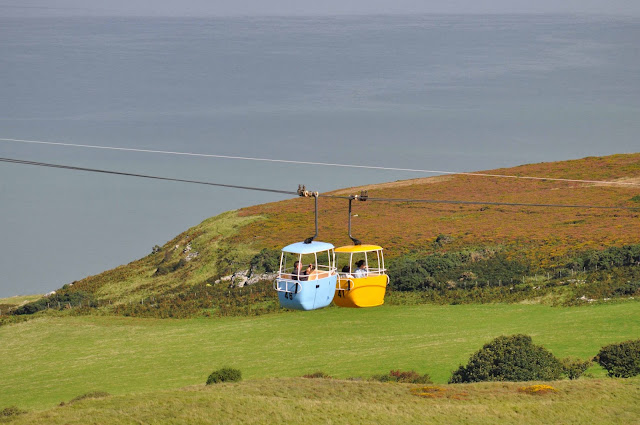 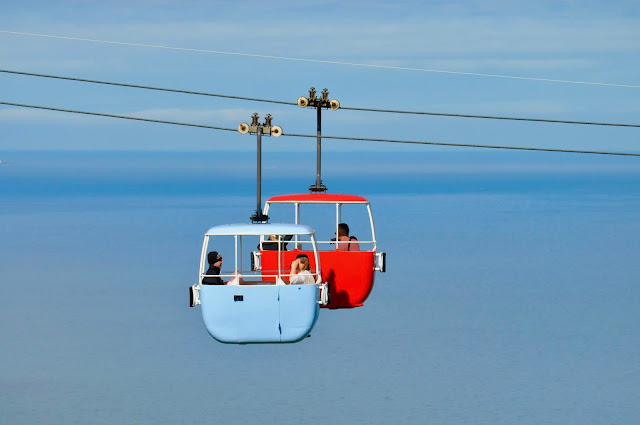 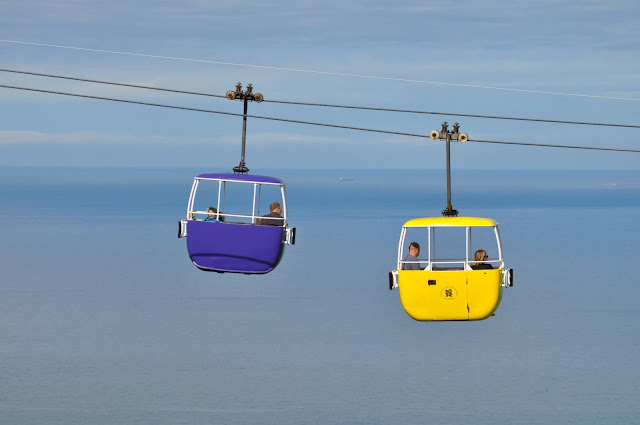