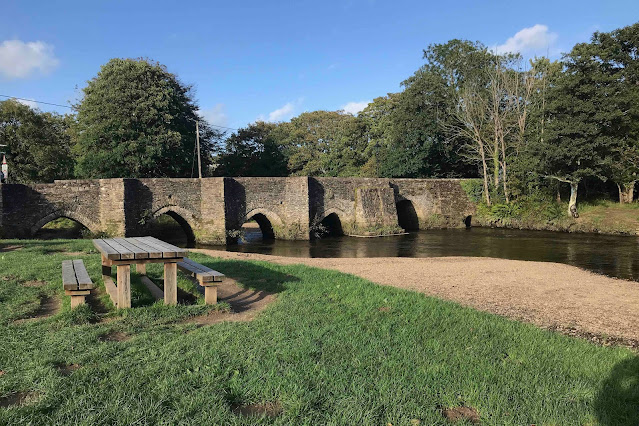 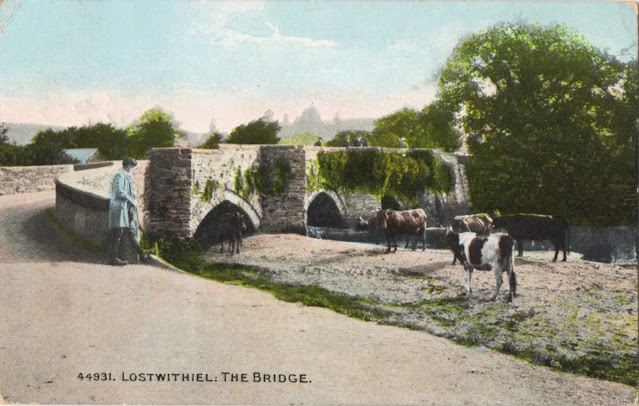 Our annual round up of bridges is again much reduced.  One of my favourite Cornish towns is Lostwithiel with its compact grid of narrow streets and a parish church that wouldn’t look out of place in Brittany.  Bypassed by history as the River Fowey silted up, robbing the town of its lucrative maritime trade and its status as the county town of Cornwall.  Fortunately it wasn’t bypassed by the Cornish Railway which linked it with the wider world and chose to build its principle workshop in the town. The workshops have been converted into apartments but the trains still stop. To reach the railway station, travellers must cross a narrow 15th. century Grade 1 listed stone built bridge over the River Fowey - pedestrians must take their chances with passing vehicles, often resorting to the triangular refuges built out over the piers that support the 5 arch structure. There’s a bucolic postcard from the early years of the last century for comparison. 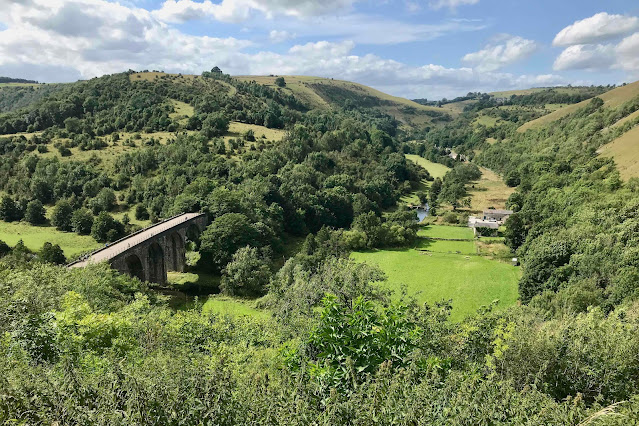 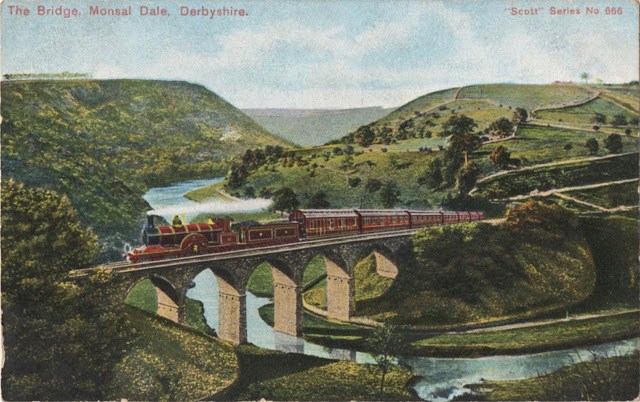 The second photo was taken in the Peak District at Monsal Head, a popular viewpoint overlooking  Monsal Dale and the valley of the Wye.  To the left is the Headstone Viaduct (Grade 2 listed), built by the Midland Railway in 1862-63, connecting Bakewell and Buxton to the great displeasure of John Ruskin. This train is about to enter Headstone Tunnel about which we posted in 2012. Trains no longer run and the trackbed now serves as a cycle route and public footpath. The postcard view is a shameless exercise in exaggeration presenting a locomotive inflated to many times its real size racing across a viaduct, in turn reduced to the scale of a modest footbridge. Absolutely guaranteed to offend Ruskin the Victorian snowflake.
Posted by Phil Beard at Wednesday, December 29, 2021