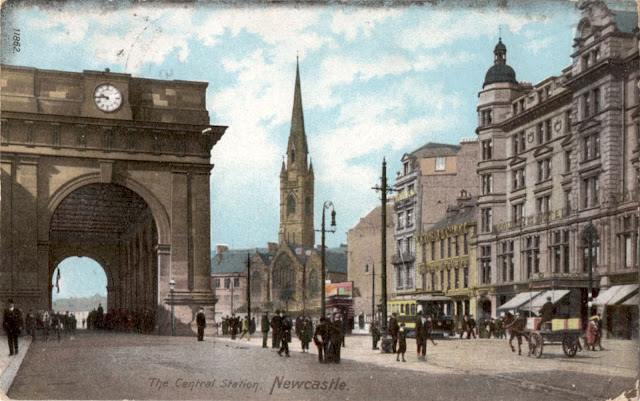 Two abiding memories of this grand and impressive station.  First from a Saturday evening in 2015 when I wandered into the vastness of the Centurion Bar that occupies the former First Class Passenger Lounge.  The lavish ornamentation for which it is famous, including some spectacular Burmantofts faience, was lost in the gloom - every table was packed with voluble drinkers whose voices strained to be heard over the grossly amplified music that oscillated on the threshold of pain and stunned the senses.  In the 1960s the lounge was converted to provide the British Transport Police with a suite of prison cells for miscreants. Second is a childhood memory of stepping through the slick of blood that smeared the pavement and puddled on the cobbled street as it flowed from a nearby slaughterhouse in the vicinity of the station. The latter image is attached to my late 1950s recollections of time spent watching trains pass through on the East Coast mainline - an exciting procession of prestigious expresses and filthy freight trains dragging long lines of coal wagons destined for local furnaces and power stations. 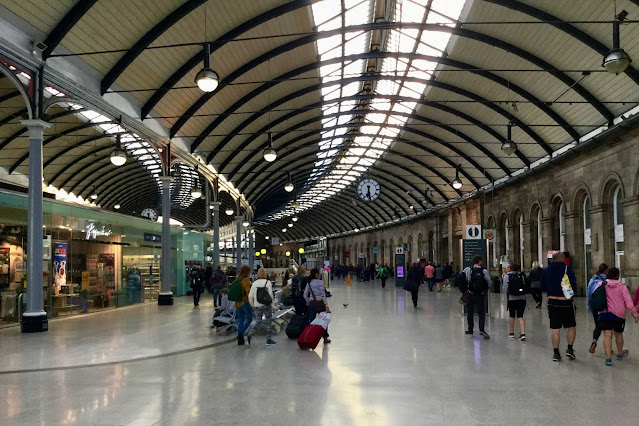 The most striking feature of the station interior is the elegant curving form of three cast-iron barrel vaults each supported on slender columns - the eye is drawn to the central glazing sections and the formal repetitions enhance the sense of generous overhead space.  The platforms are spanned by a footbridge that inscribes a gentle arc across the tracks.  Platforms 7 and 8 were built to accommodate four tracks of which two remain in place, enhancing the sense of scale and space.  There’s an air of grandeur that reflects the ambition and confidence of the North Eastern Railway.  All these features were part of the station as originally completed in 1850 (a year before Paxton’s Crystal Palace) and have survived all subsequent rebuilding.  This was all the work of a versatile local architect, John Dobson, who also designed churches, chapels and cemeteries, shops, markets and arcades, and banks, gaols and country houses. The building is protected by a Grade 1 listing dating from 1954 and is one of only 10 examples to earn a 5 star rating from Simon Jenkins in his 2017 anthology, Britain’s 100 Best Railway Stations. 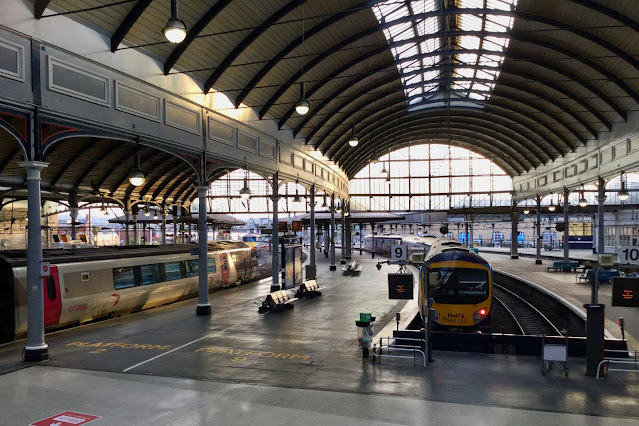 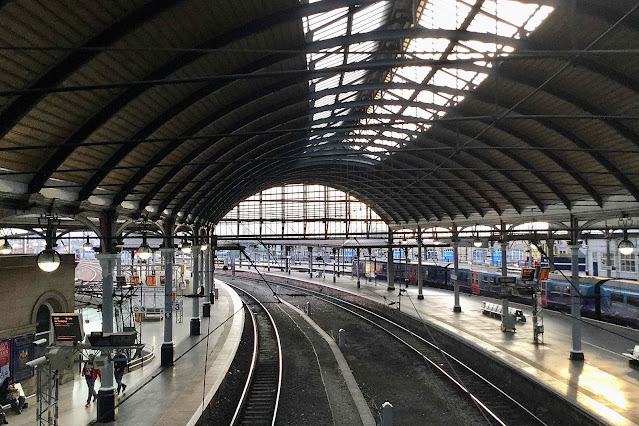 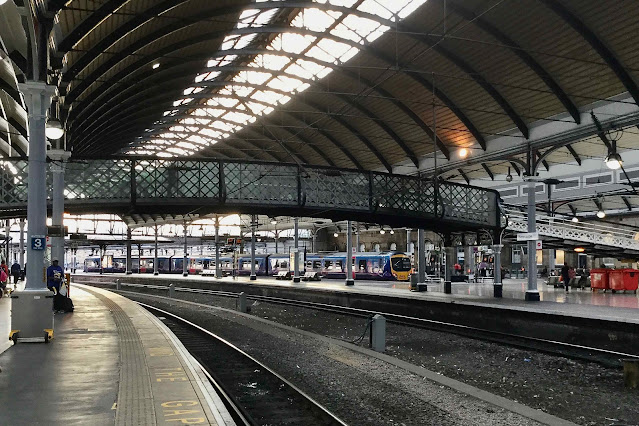 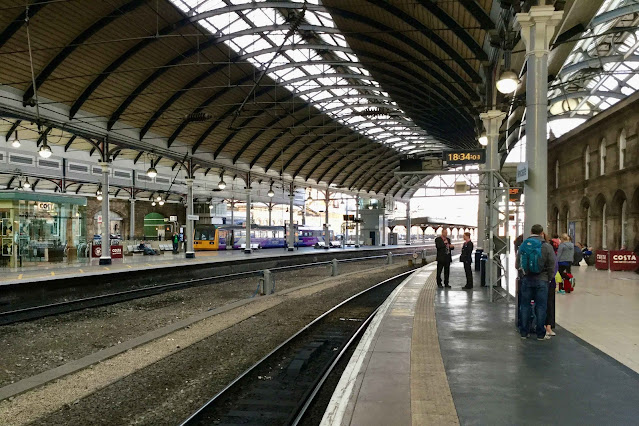 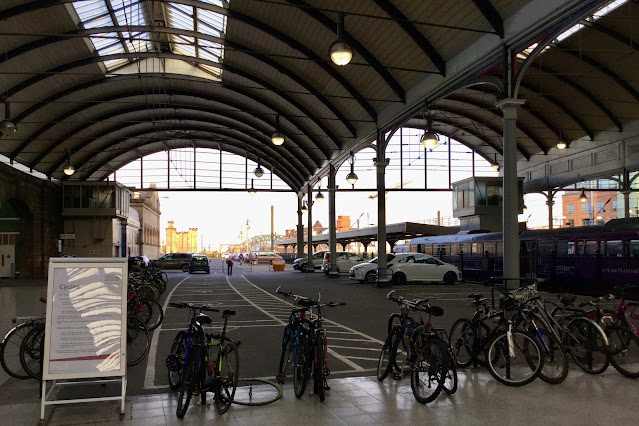 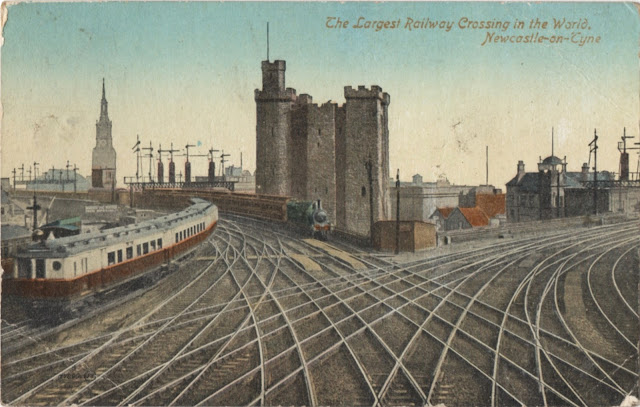 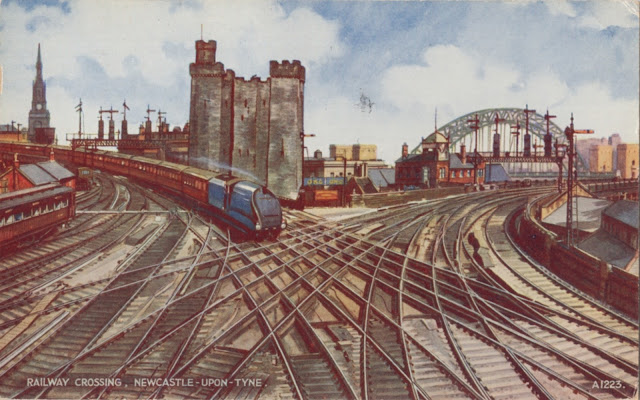