Johnny on the Spot 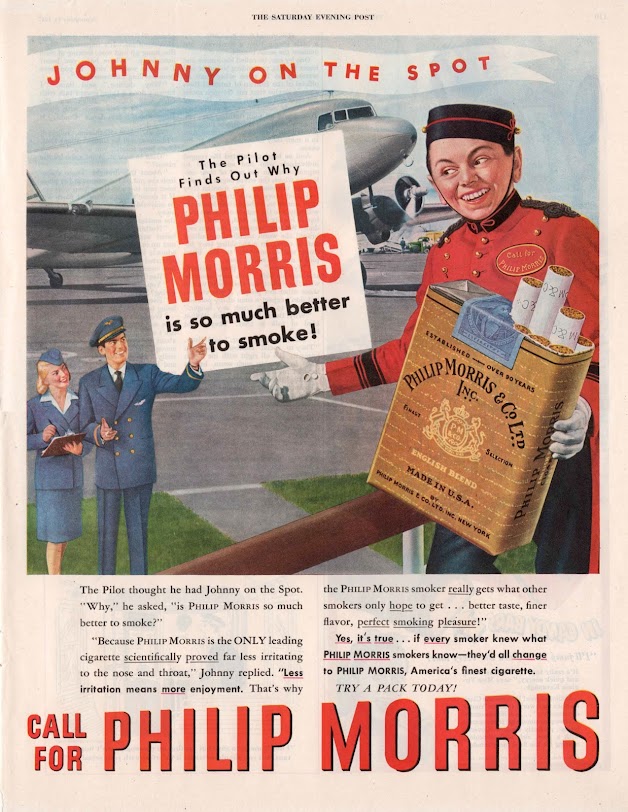 Twenty three year old Johnny Roventini was employed as a bellboy in the lobby of the New Yorker Hotel in 1933 when his potential for bringing a living presence to Philip Morris’s bellboy brand character was spotted by an advertising executive - they would later refer to him as their human trademark. His high-pitched vocal delivery, youthful and perky manner and  diminutive stature worked to great effect in switching smokers to the Philip Morris brand in radio, cinema and print advertising.  The figure of the bellboy was a stock character in the American repertory - a much used device for switching scenes, instantly curtailing the dialogue with a peremptory call for Doctor/Colonel/Bishop/Professor Hackenbush.  This is the world that Johnny now found himself in, courtesy of his service to Philip Morris, there would be no more carrying calling cards on silver platters around a crowded Manhattan hotel lobby. When he wasn’t posing for the advertising photographer, he was at the radio microphone swapping snappy one-liners with Desi Arnaz and Lucille Ball in Morris-sponsored broadcasts.  At the height of his popularity there was a brigade of up to 10 other Johnnys in circulation, bringing Philip Morris to a nationwide audience in multiple simultaneous locations.  The company was and remains a major player in cigarette manufacture and played a significant role in the ruthless campaign to deny any link between smoking and ill health.  A corporate curiosity was the readiness of the business to hire workers from the African American community from the factory floor to senior management at a time when most of their rivals scrupulously avoided integrating their workforces.  This was not quite the enlightened policy it may seem to be - among the large company portfolio there were a number of menthol brands which market research discovered were extremely popular with African American smokers. Later, Philip Morris would become notorious for saturating black neighbourhoods with poster advertising for its menthol products.  At the end of his long and prosperous life in 1998, Johnny Roventini had enjoyed a longevity that few regular smokers of Philip Morris products would have enjoyed and nowhere have I seen any evidence that he ever smoked a single cigarette. 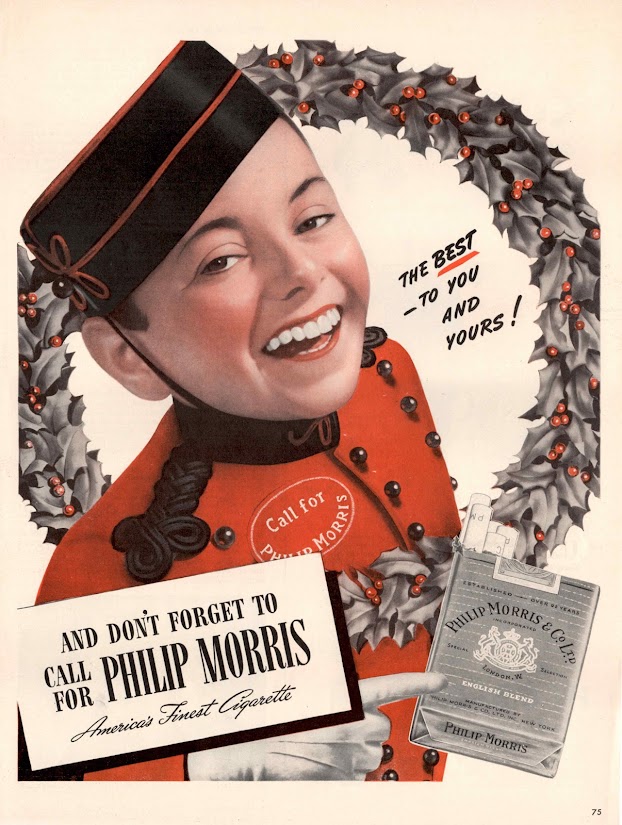 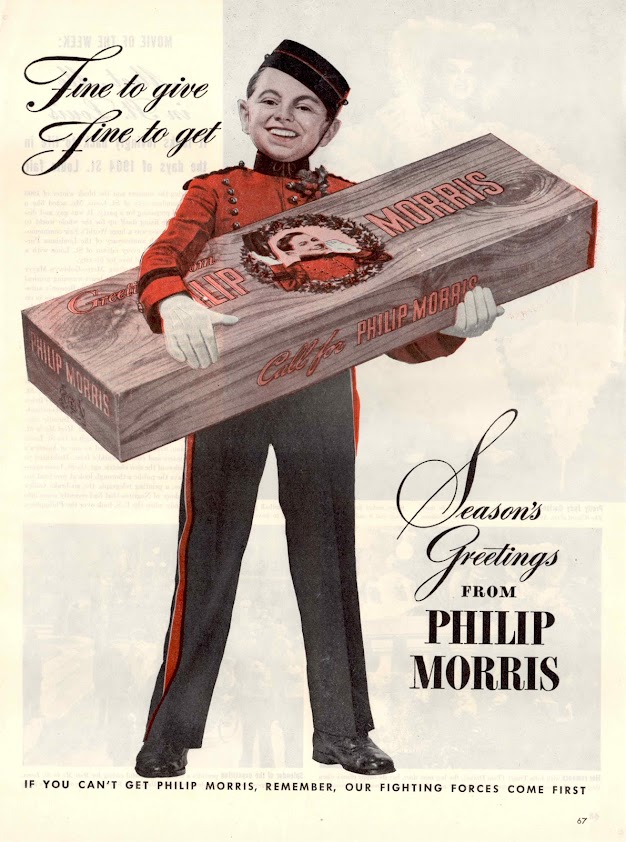 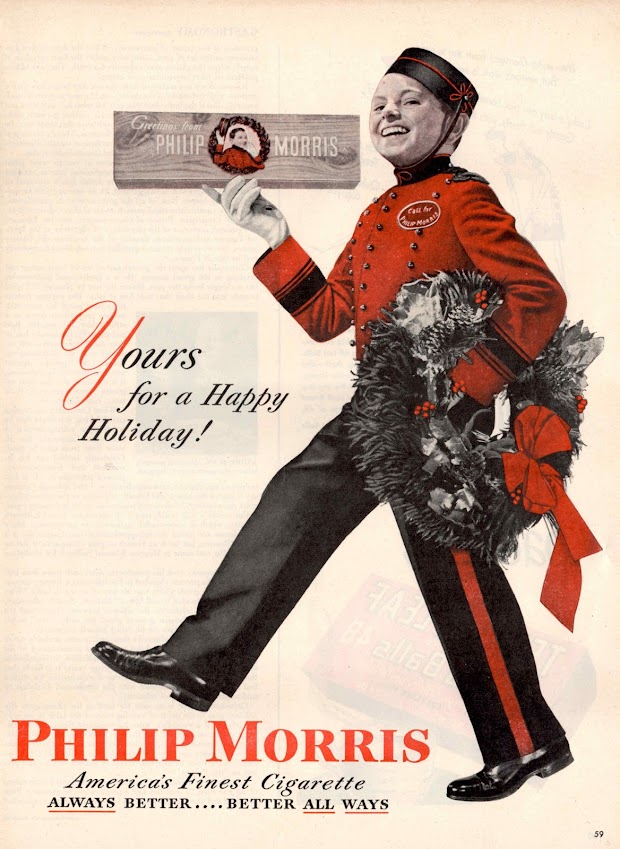 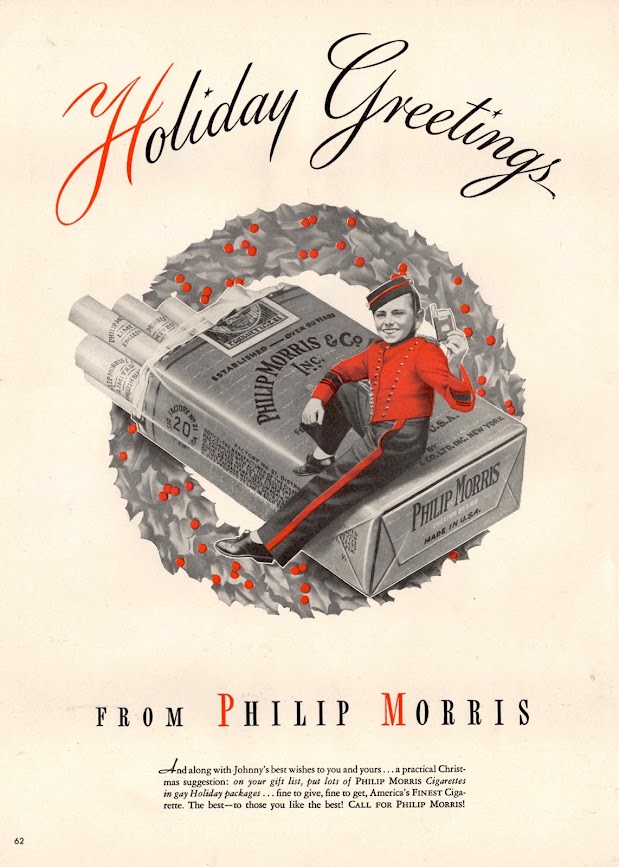 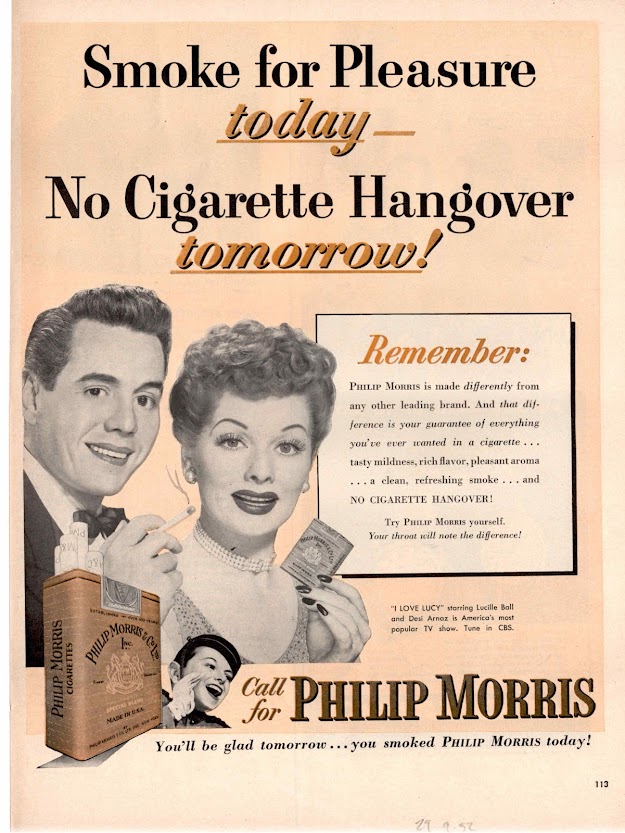 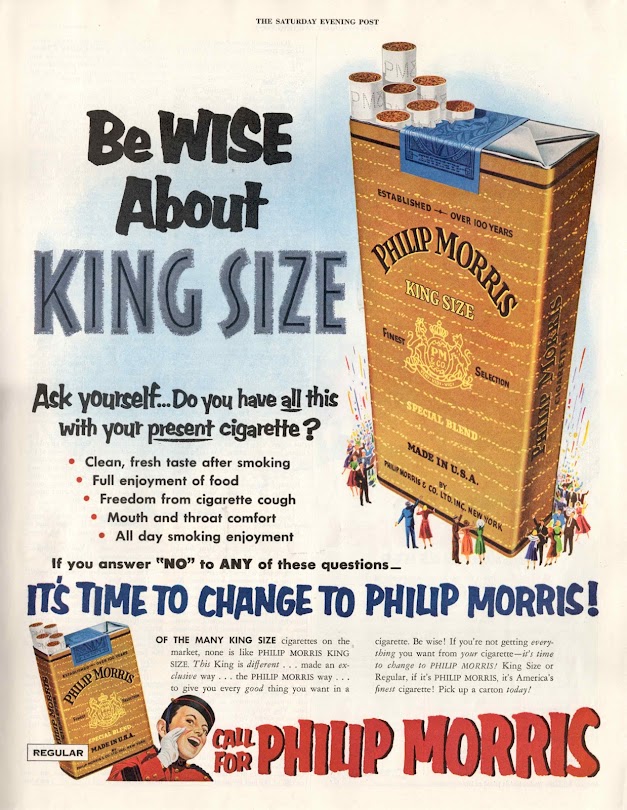 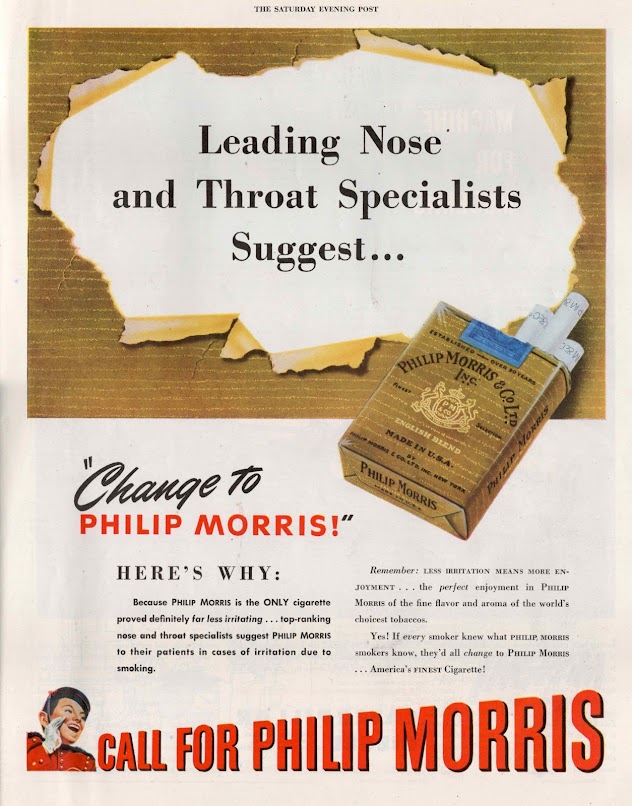