What the Papers Say 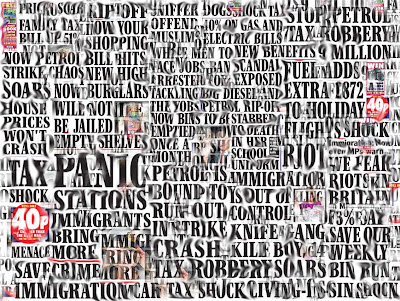 We were chatting with some visitors from Holland and they happened to mention that they were astonished by the sensational tone of the press reports on knife crime, the Max Mosley court case and the trial of Anne Darwin. They had been following these stories in the pages of The Times! With heavy hearts we had to point out that The Times was but a pale shadow of some of the nation’s more illustrious tabloids when it comes to sensationalism. 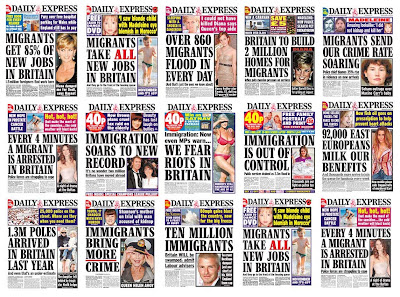 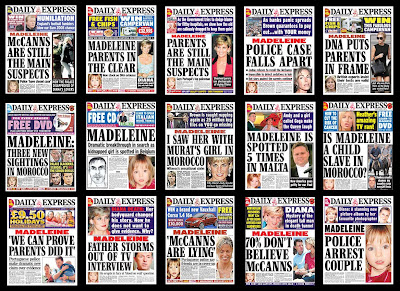 Just as a civilised society has need of the services of those brave enough to descend into the darkness of the foulest sewers and do battle with human waste at its worst so we depend on people of the calibre of Anton Vowl prepared to descend into the foulest depths of British journalism and report back on the atrocities they have been witness to. When it comes to depths, there are none deeper than the level at which the current incarnation of the Daily Express has chosen to operate. Partiality, distortion, bias and bigotry are nothing new but the editor and proprietor of the Express have discovered new depths to sink to. There is a dark, dark core, deep in the human spirit where all conscience dies, where honour, generosity, reason and fellowship are extinguished, where raw, unmoderated brutal self interest prevails. This is the region that the Daily Express inhabits and brews and spreads its poison. It’s a publication that Goebbels would be proud of in the sense that it is calculated to appeal exclusively to what is most base in the human spirit. It’s a far cry from a decade ago when Rosie Boycott remodelled the Express into an unlikely supporter of New Labour. 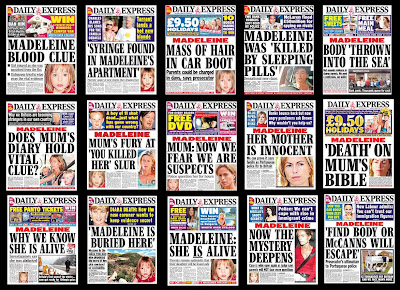 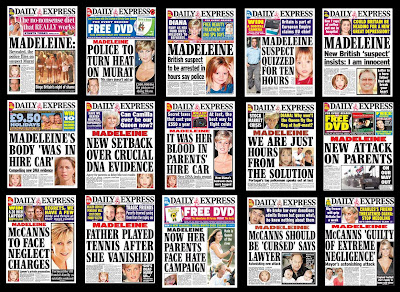 Dedicated observers of tabloid culture have a vast layer of hypocrisy in which to excavate. A special pleasure at present is to read the apparently endless and impassioned accounts of the death of good manners and civility in “Broken Britain”. There is no group anywhere on Earth less suited than journalists to lecture the populace on this subject. Their rude and boorish, bullying behaviour can be witnessed on almost any TV news bulletin as they vent their aggression on some hapless tabloid victim. Accounts of their vanity, treachery and deceit fill the front pages of every issue of Private Eye. The unbelievably crass and offensive behaviour of the pornographer and proprietor of the Daily Express has been extensively reported in Private Eye. And yet these very people, in their impudence write repeatedly on examples of unmannerly behaviour as if we had just emerged from a golden age of politesse in which you could scarcely move without encountering extravagant demonstrations of elaborate courtesy. 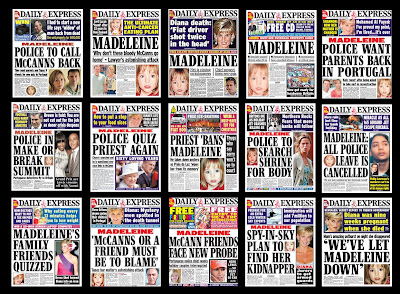 So, let us pay tribute to the efforts of Anton Vowl at The Enemies of Reason. Not only does he read and monitor these repellent publications but he also goes online to monitor the backwash on the message boards and ‘Have Your Say’ pages. He has exposed the way in which the fearless defenders of freedom censor all dissenting views on their message boards. He’s also demonstrated how extremist groups on the right mobilise their members to monopolise reader feedback. In return, the tabloids seem to go out of their way to provide a platform for right wing extremism. Yet again, the most shameless in this respect are the propagandists at the Express. The twin obsessions with immigration and a certain missing child seem to have driven this newspaper out of its collective mind as reason and decency have been utterly discarded. This has to be the most astonishing sequence of front pages in tabloid history. The multiplicity of mutually contradictory headlines must have left the readership in a state of permanent bafflement and it has cost them a lot of money to compensate the McCann family and Robert Murat for all the damaging fiction they printed. It’s a shame that each and every one of the decent and hard working visitors from overseas cannot sue for similar payments to compensate them for the sustained and relentless campaign of lies and defamation to which they have been subjected. It’s exceedingly depressing that there are good people who are kind to animals and love their families who still fork out 40p a day for this filth but it is reassuring to know there are still some people around who are not prepared to take it. So, hats off to Mr. Vowl and long may he prosper and retain his sanity.