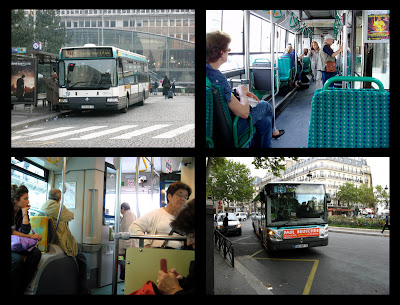 Seasoned visitors to Paris will often tell you that the bus offers the best way to see the ‘real’ Paris. They do have a point – the open-air street level views are endlessly fascinating and for the most part, tourists use the Métro leaving the buses to ‘genuine’ Parisians. The route network often leads through some of the most neglected areas into some of the most opulent providing a more diverse experience than the Métro. The street scene is not the only diversion. Fellow passengers tend to be working Parisians with an aversion to the Métro. Most bus drivers will find that there is always one passenger who will stand next to him at the front of the bus and keep him entertained with an interminable monologue. Invariably male and of advancing years they often have the air of former employees. Travelling on an 86 bus from Bastille to Saint-Mandé we noted that they were operating a relay system, as one got off at Nation, another got on board. To be fair, the bus drivers appear grateful for the company and actively participate in the conversations. 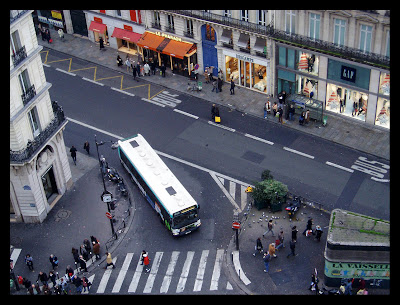 Another point of interest is to observe how few actually pay for their journey. Tickets (or Navigos) have to be validated as you board but only a minority seem to do so. Most seem to have calculated the cost of being fined in an inspection would be less than the amount spent on paying for tickets. It’s quite common to see people manoeuvre items of furniture on board, my favourite being a wardrobe which was manhandled on and off a bendy-bus. 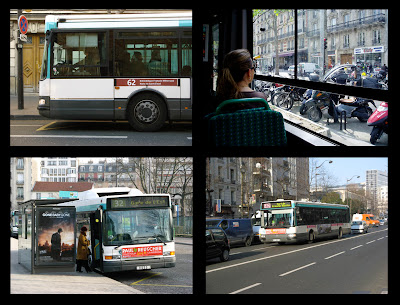 When it does happen, an inspection is a sight to behold. A group of 10 to 15 paramilitaries in navy blue uniforms split up to cover every exit and entrance to the vehicle and send a task force on board to check every passenger. Despite the mob-handed security there always seems to be at least one that makes a break for freedom and disappears at speed into the crowds. The impact of Parisian buses on art and literature has not been great but a notable example is Raymond Queneau’s virtuoso Exercices de Style (1947) in which he retells a brief anecdote set on a bus in 99 different, and always entertaining, ways. The 84 bus, on which Queneau posed for a photograph, still runs from Panthéon to Porte de Champerret. 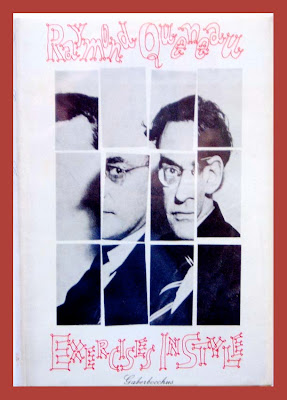