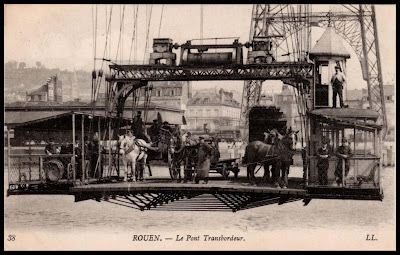 A small selection of vintage postcard views of the gondolas on two of France’s most notable transporter bridges, in Nantes and Rouen. These wonderfully fragile contraptions conveyed passengers and vehicles across the rivers Loire and Seine respectively. Their transpontine voyages were supported by some very serious engineering steel. Horse power rules the roads in these images with only a single, primitive motor vehicle to be seen. In the fashion of the times, each card features an impressive gallery of exclusively male characters in a variety of nonchalant poses exercising the basic human right to stand and stare. The French army destroyed the Rouen bridge in 1940 to inconvenience the advancing German troops. The bridge in Nantes survived until 1958 when it was demolished. Rochefort is the only remaining place in France where this method of transport can still be enjoyed and while the bridge in Newport remains out of action, Middlesbrough has the only working example in the UK. 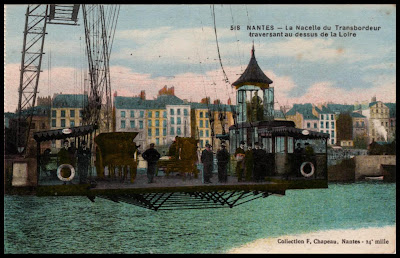 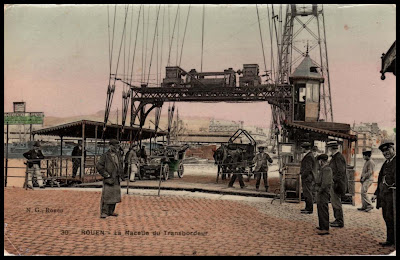