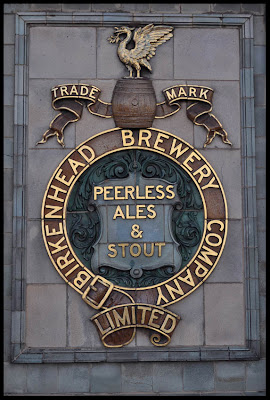 Towns and cities whose eminence is overshadowed by larger, more illustrious neighbours nearly always have much to commend them. Their charms go unobserved while their neighbours monopolise public attention. Gateshead and Newcastle is a prime example although as Gateshead revealed an adventurous appetite for contemporary architecture the response of its larger neighbour was to assimilate it under the neologism of Newcastle-Gateshead. The Mersey is much wider than the Tyne and Liverpool has made no such advances toward Birkenhead leaving the treasures on the south-western shore relatively uncelebrated. The town has a generous supply of vintage pubs and the Pier Hotel has the added attraction of a fine ceramic facade in green tiling with period lettering and an exceptional coat of arms for the Birkenhead Brewery Co. Ltd. displayed on the corner. Although externally in good condition the pub has been closed since 2006 and its location, alongside a busy one-way traffic circulation, suggests it may remain that way. 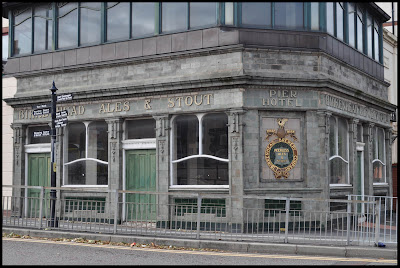 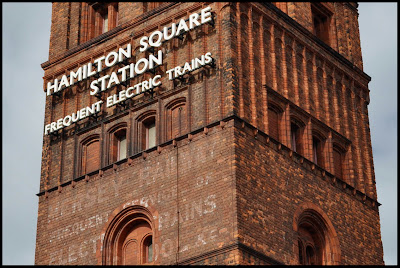 Not far away is Hamilton Square station (1886) designed by G E Grayson, (also employed at Port Sunlight) with an Italianate campanile to house the water tanks required by the hydraulic lifts that served the platforms underground. The tower also functioned as a prominent landmark to publicise the Mersey Railway and its network of electric trains as the faded lettering testifies. 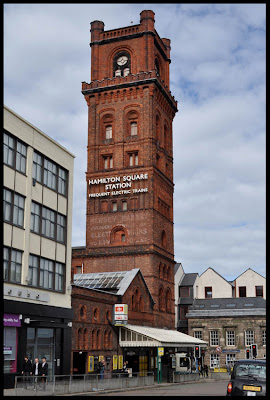