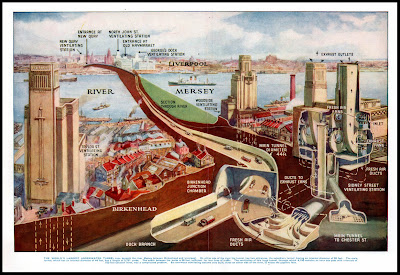 The Liverpool skyline is justly celebrated but something of its splendour is owed to the presence of a clutch of windowless monolithic towers constructed for the ventilation of the Mersey tunnels. The cutaway drawing above, courtesy of the indispensable 1930s part-work Wonders of World Engineering, explains all. Enormous turbo-fans scoop massive volumes of stale and polluted air from the tunnels below and allow fresh air to replace it, making it possible for motorists to complete their subterranean crossings without fear of suffocation. 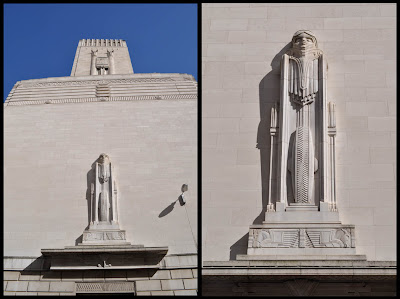 George's Dock Ventilation and Control Station at the Pier Head is the most ornamented of all the towers. This was an age of big engineering statements (Bankside Power Station) to which the mass audience was broadly receptive. Technology enjoyed a much greater respect from the public for whom there remained a positive association with progress toward a better world for all. The tower (left below) was designed by Liverpool's most eminent inter-war architect, Herbert J Rowse as he left behind the classicism of India Buildings (1923-30) in favour of the Art Deco/Aztec/Streamline-inspired styling on display here. The tower was faced with Portland Stone and inscribed with stripes and repeat patterns. The surface was embellished with relief sculptures by Edmund C Thompson and an extraordinary elongated carved figure to represent Speed (by Thompson again, with assistance from George C Capstick) complete with helmet, goggles and emerging motorcycle wheel. 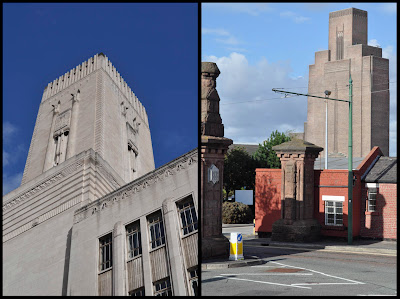 The Woodside Tower at Birkenhead (right above) has a ziggurat contour and a carved relief of a Machine Age column. After more than 75 years these uncompromising buildings have become accepted as part of the city’s skyline although there must have been some who found them intolerably brutal when they first appeared. Whether the recently completed Pier Head Ferry Terminal, holder of the Carbuncle Cup for 2009 will command a future place in the affections of Merseysiders remains to be seen. 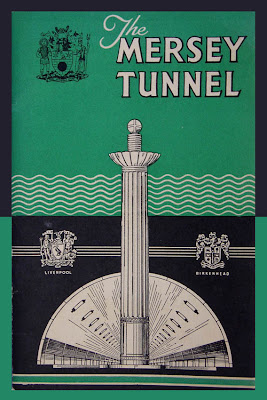 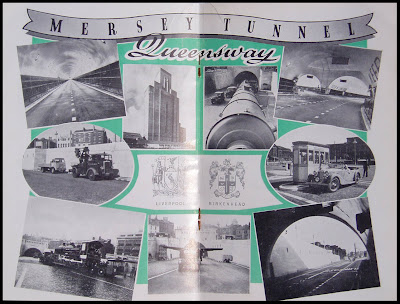 Hi, i wondering where you sourced these amazing images.
i am an architecture student, and im studying 'working buildings' around Liverpool.
Love to find some original posters or some archives similar to the images you posted!
thanks :)

Many of my images are found at book and postcard fairs - the photos are ones I took myself. A quick trawl on eBay often turns things up but I hardly need to tell you that! The best known photographic archive on Liverpool was the work of a man called Chambré Hardman. Good luck with your studies - you've chosen a fantastic subject.