Italian architects developed their own version of Art Nouveau in which they had the freedom to experiment in terms of decoration and ornamentation without feeling any pressure to be innovative in terms of form or spatial organisation. It was given the name Stile Liberty (in honour of the Regent Street department store whose affordable Art Nouveau product lines were much sought after in Italy) and enjoyed its greatest public acceptance in Piedmont and Lombardy – much boosted by the Turin Exhibition in 1902. Most examples of Stile Liberty buildings are formally conservative, Classical and Baroque variants, occasionally with Medievalist elements. Concessions to fashion were confined to the surfaces in the form of carved figures, slithery organic wrought-iron, painted panels and ceramic decorative schemes showing a strong preference for floral or other natural forms. 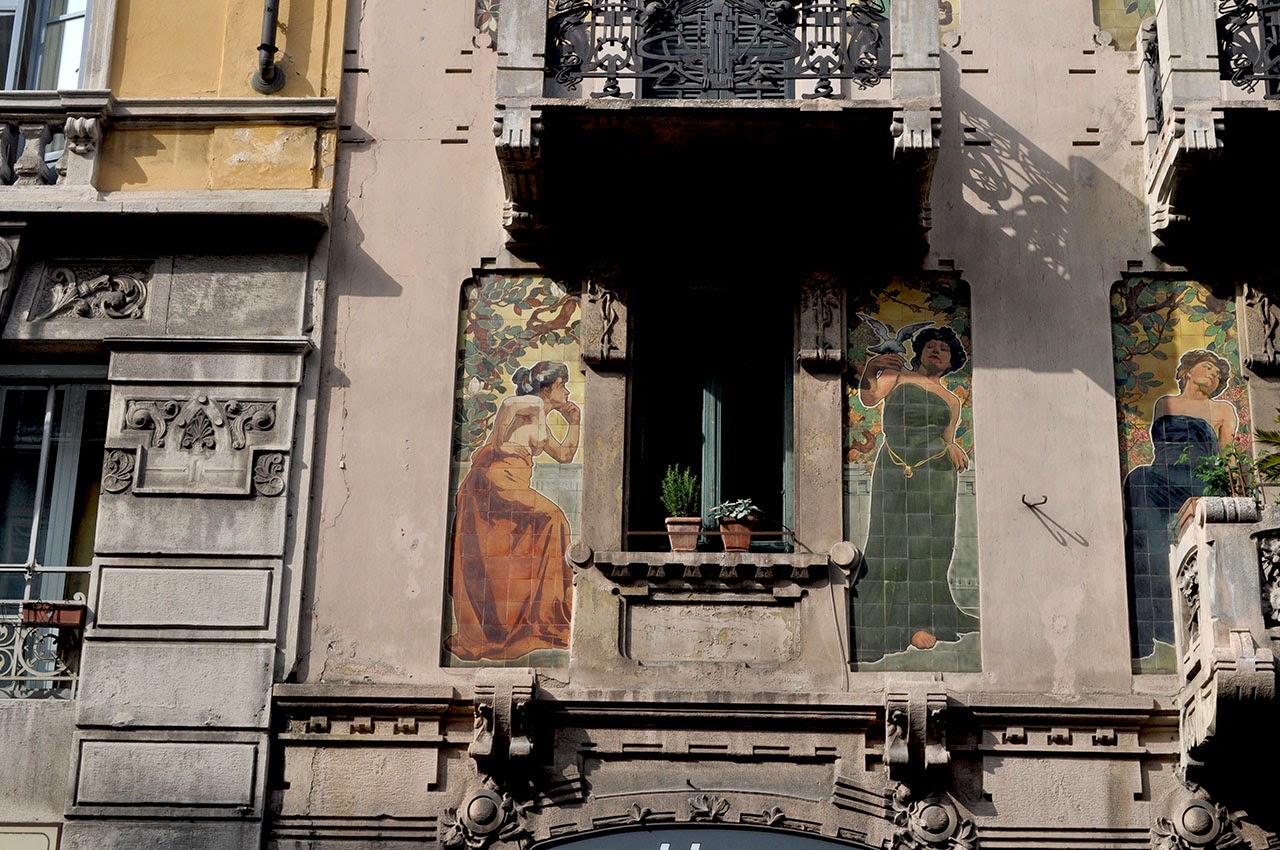 Casa Galimberti in Milan is a classic example of a pictorial building – a 1905 apartment block where visual interest derives primarily from the spectacular surface imagery. The architect, Giovanni Battista Bossi (1864-1924), had two designers on his team, one responsible for the figurative ceramic panels that run along the building at first floor level and one for the vertical panels of painted foliage that climb the second and third floors. The figurative panels present a hedonistic vision calculated to grab attention - curvaceous female figures in revealing costume and a few male companions disport themselves, gathering fruit, drinking wine, listening to music and engaging in a little light flirtation. Galimberti was a property developer who bought the site from the city authority when the stables that previously occupied it became redundant as electric trams supplanted the horse-drawn variety. It may well be that a commercial imperative lay behind the decision to surround the building with steamy imagery. 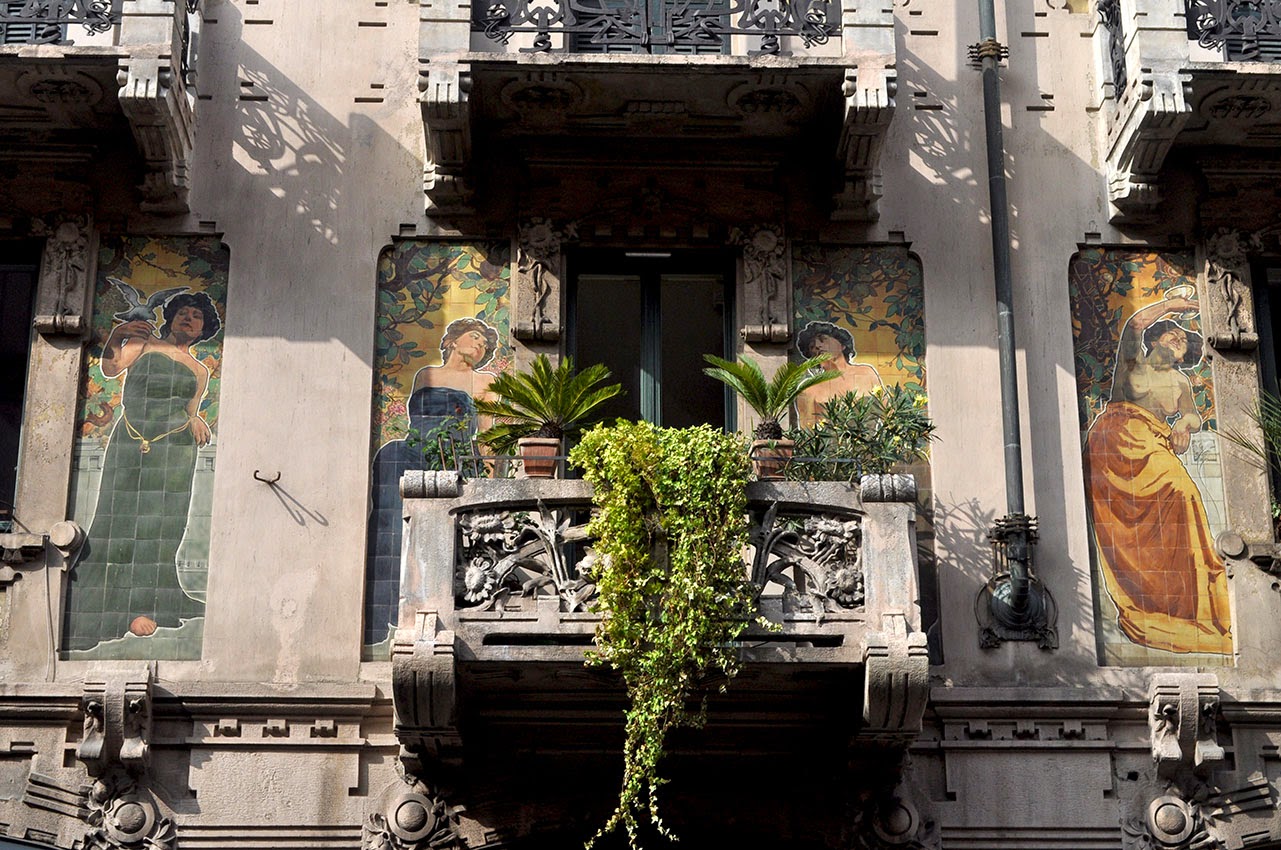 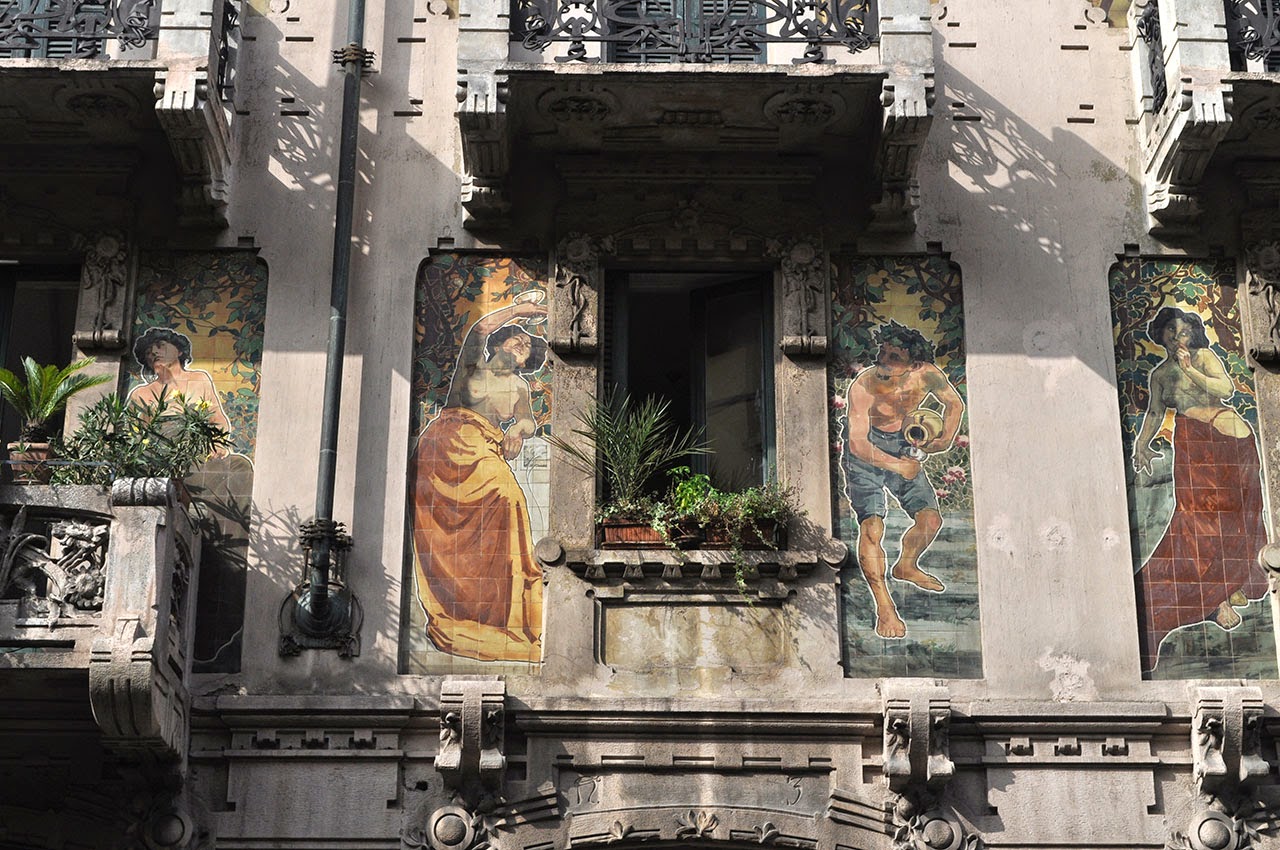 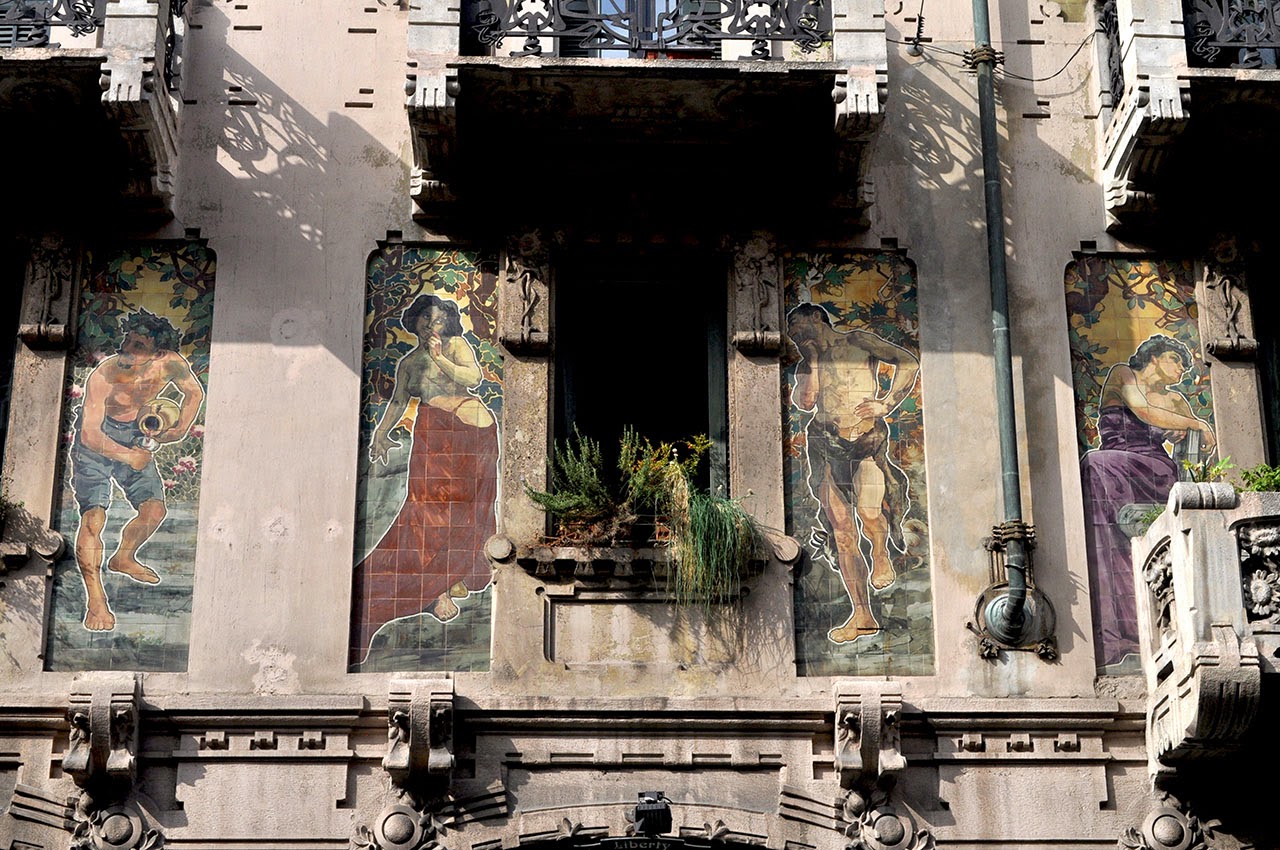 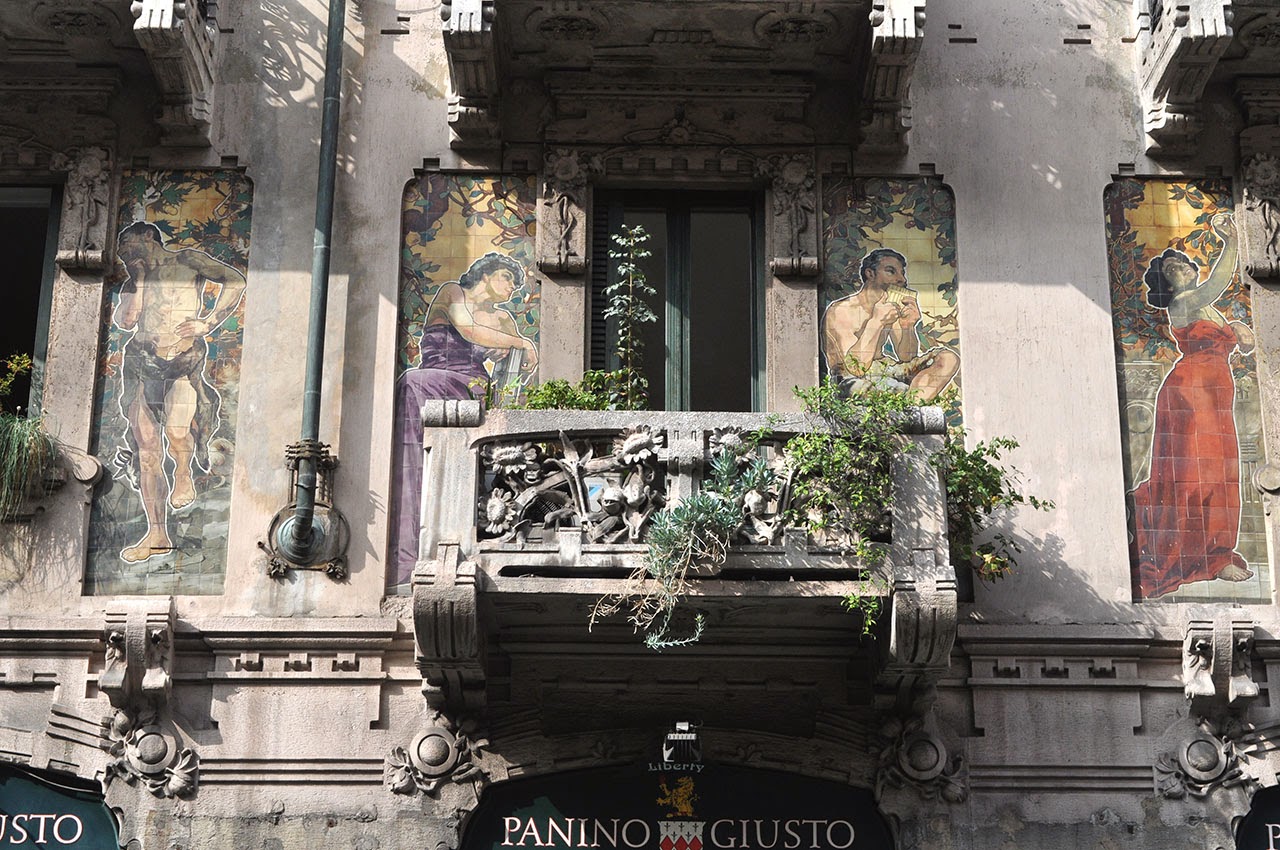 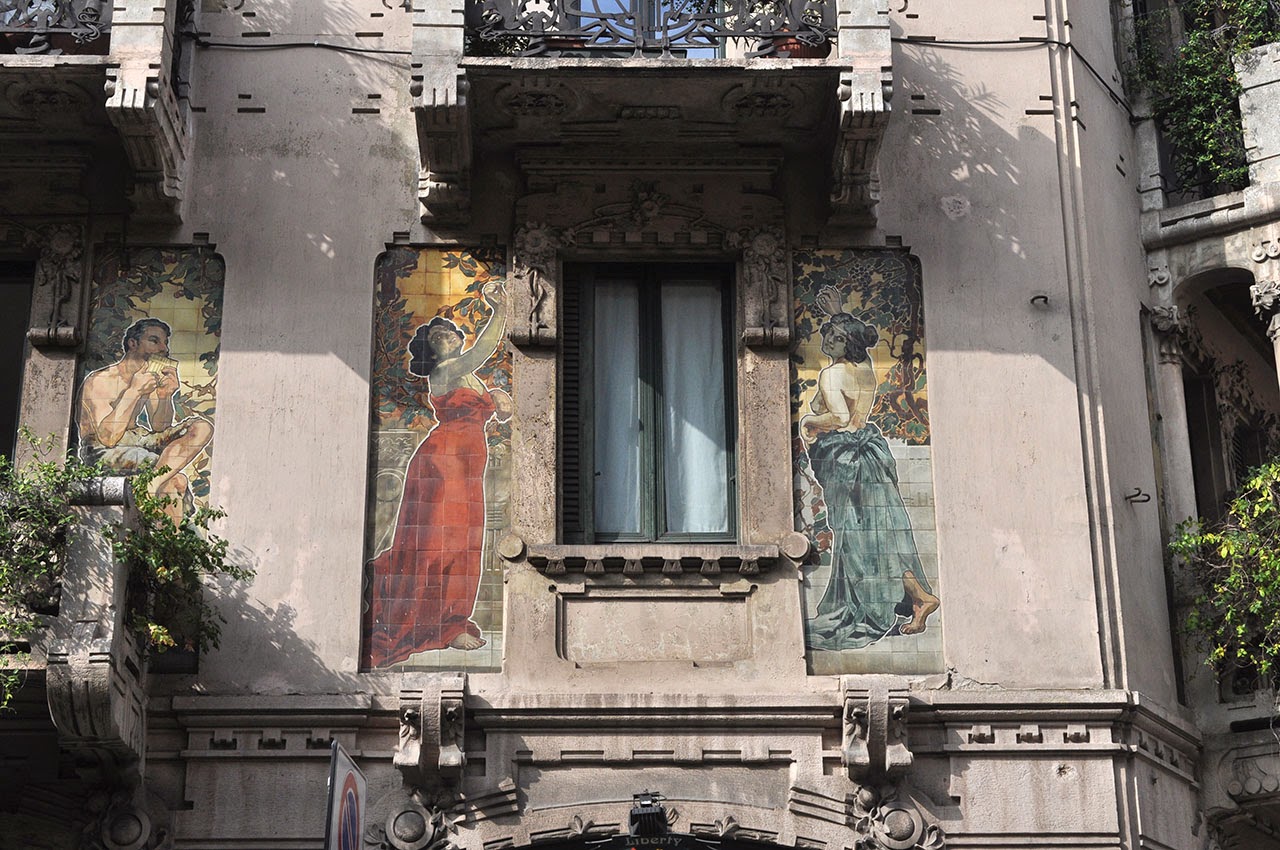 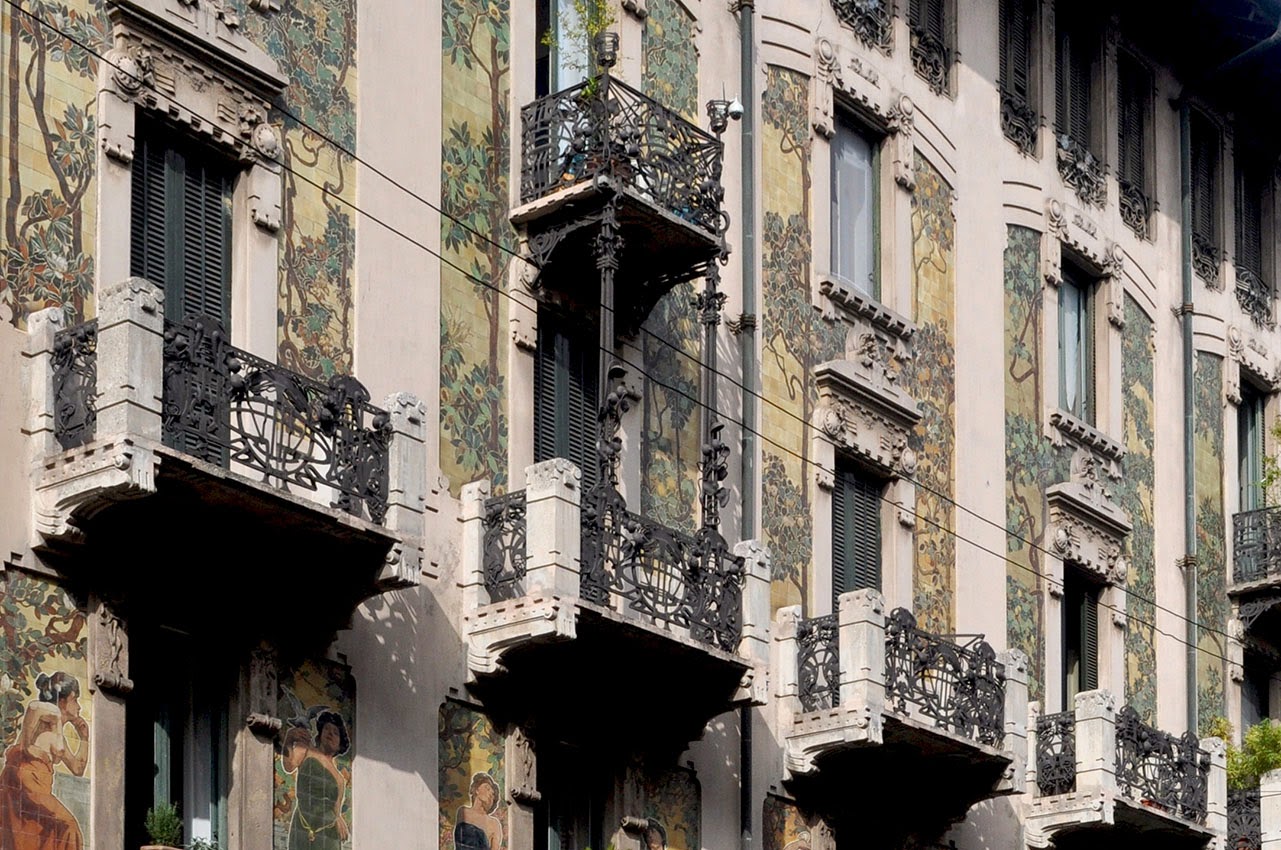