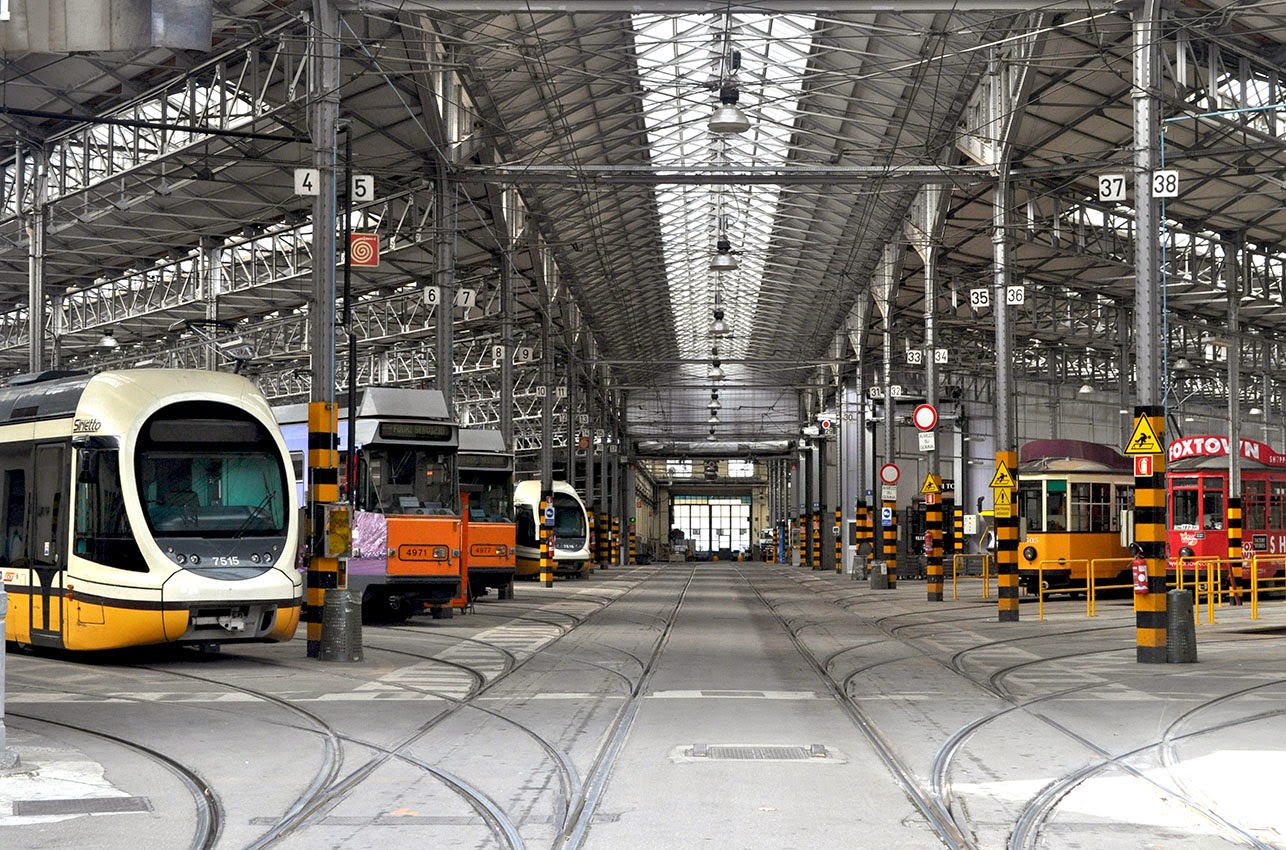 One of the less celebrated attractions of Milan is Deposito Messina, a delirious assemblage of cast-iron and glass built in 1912 to accommodate some 150 of the city’s trams. I like to think that the grandeur of this construction reflects the high esteem in which trams are held by the citizens of Milan. It has the air of a building conceived to impress and for the humble tram there can be no better shelter anywhere else. A glazed roof flies high overhead supported on iron piers and trusses while at ground level there are two enormous bays each placed at 45° either side of a central access road. The unprepossessing exterior on Via Messina gives little hint of the glories to be found inside. Not everyone is going to want to trek out to see it for themselves but for those who do, tram routes 12 and 14 from the city centre run along Via Messina. Alight at Cenisio and walk back – less than 5 minutes. 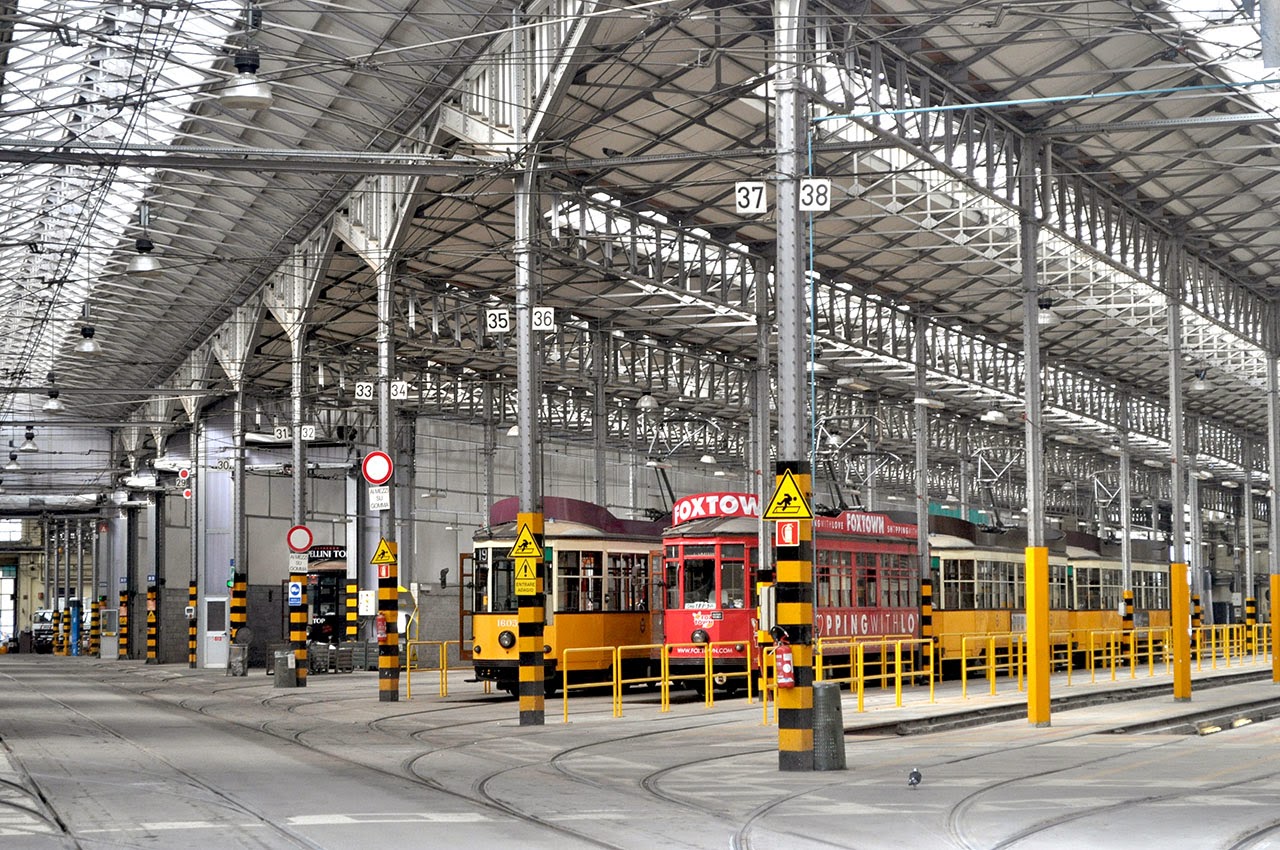 By 1912 the Italian Futurist love affair with movement and speed was already underway and both Boccioni (The Forces of the Street) and Carrà (What the Tram Told Me) had identified the urban tram as a key emblem of modernity, placing it at the centre of their compositions. This building seems animated by the same spirit – a Machine Age Temple to the Tram. Finally, I must acknowledge the expertise of tram-chaser extraordinaire, Peter Ehrlich, whose invariably splendid photographs brought this wondrous place to my attention. 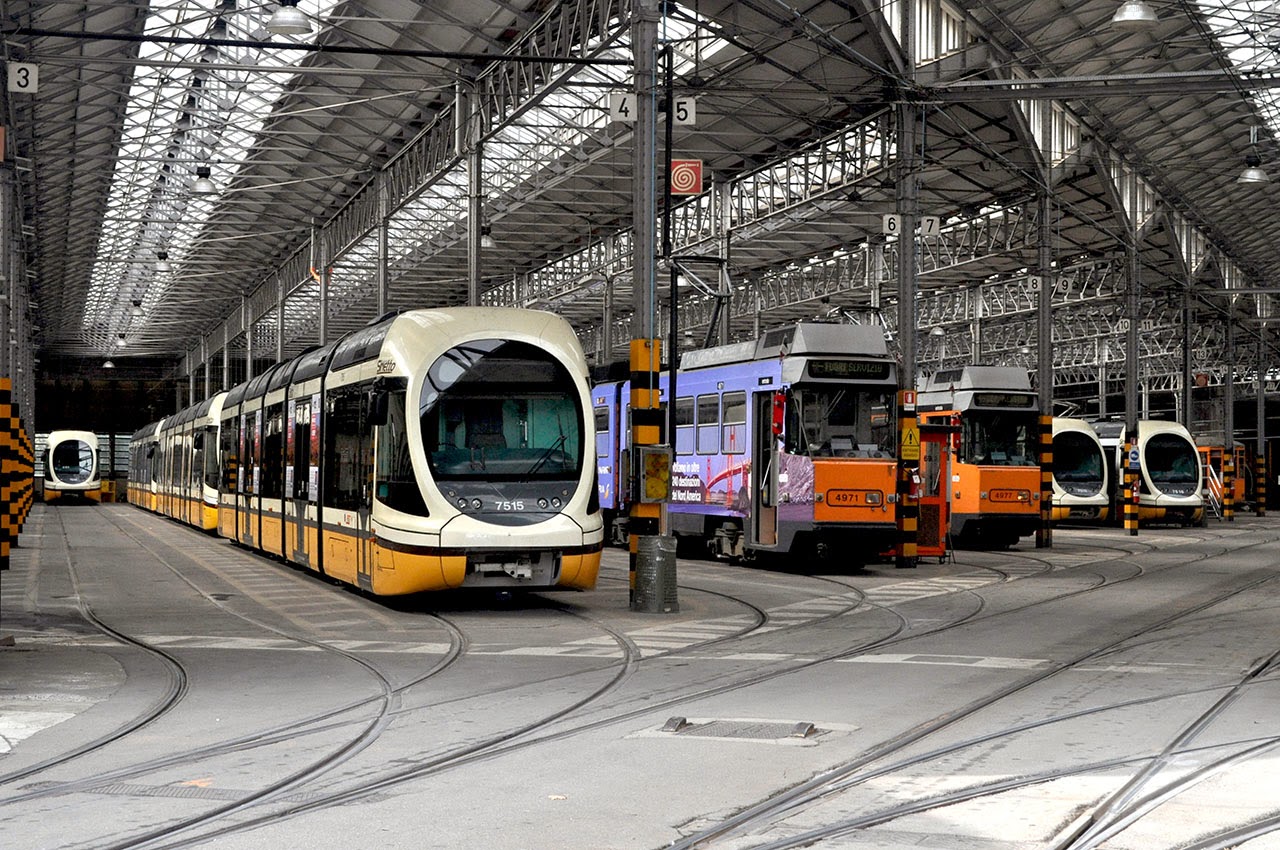 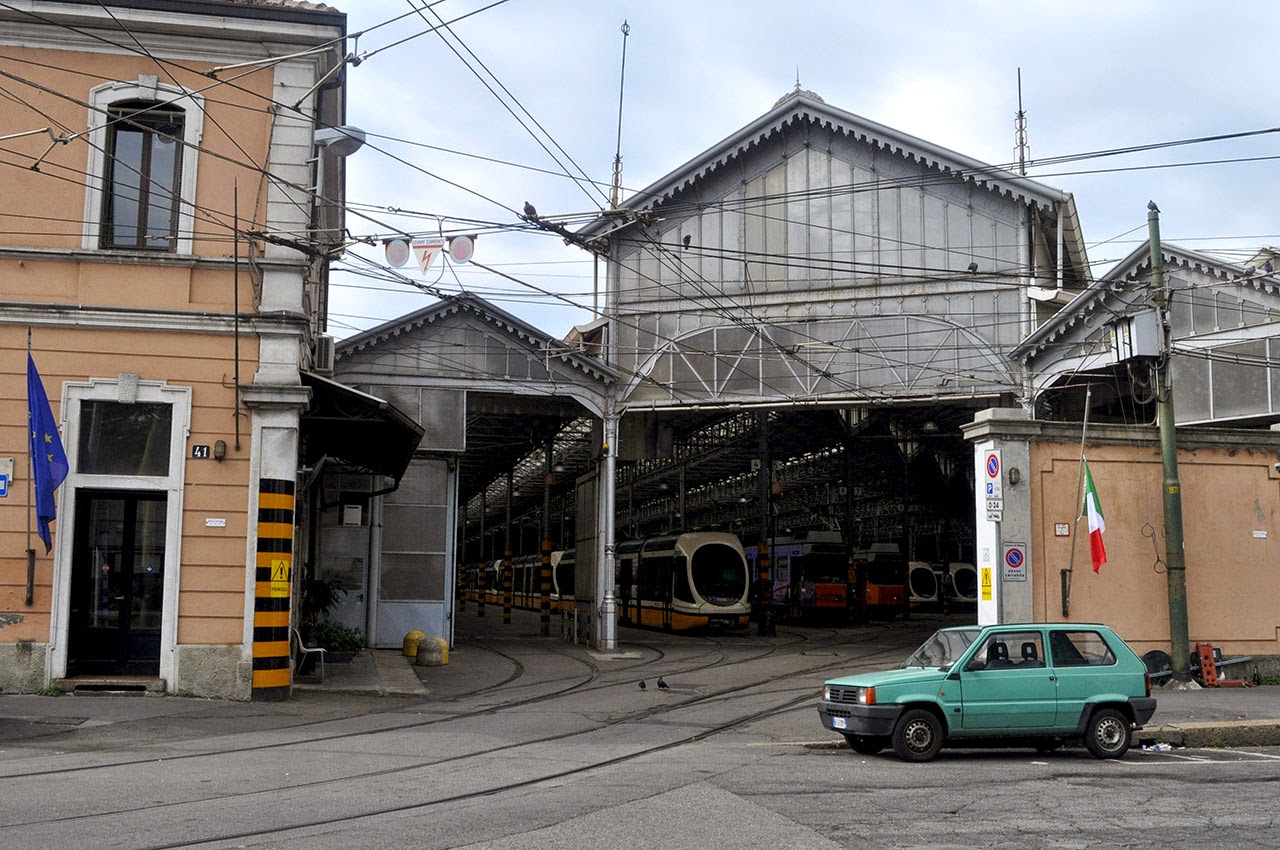 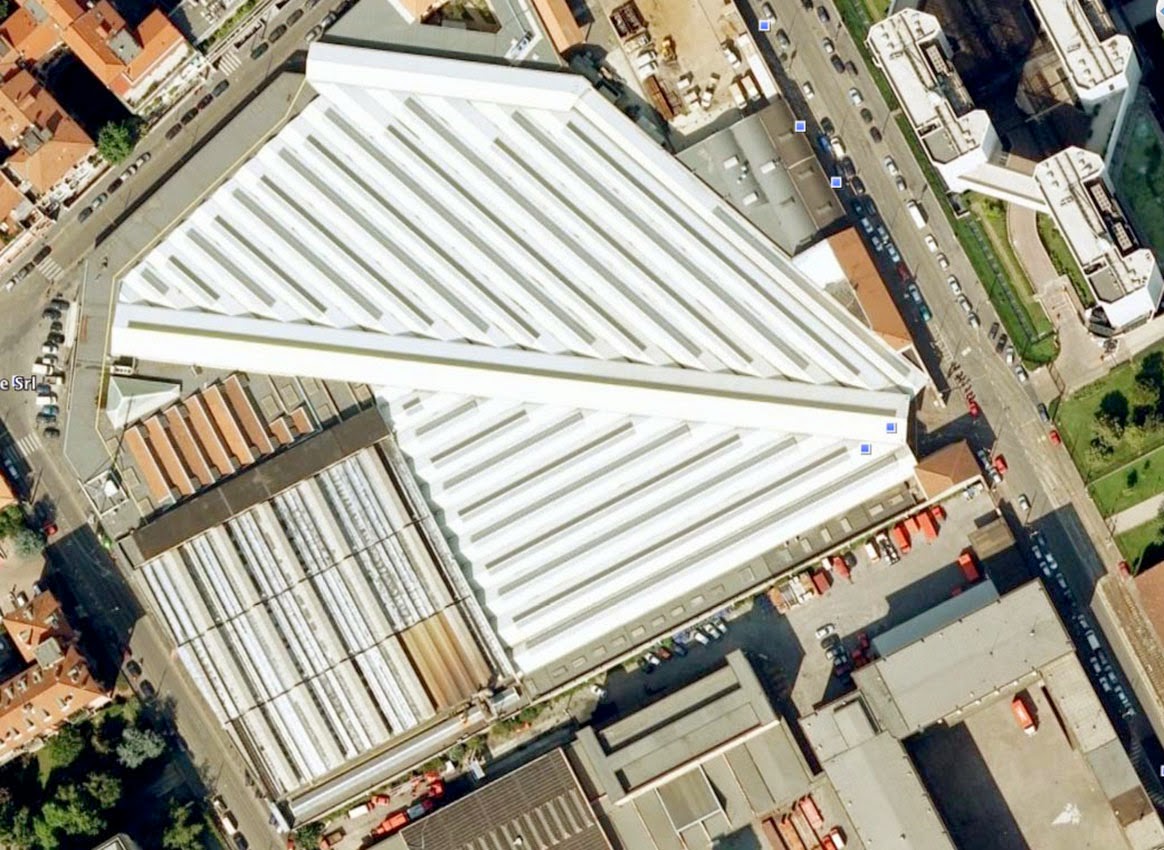