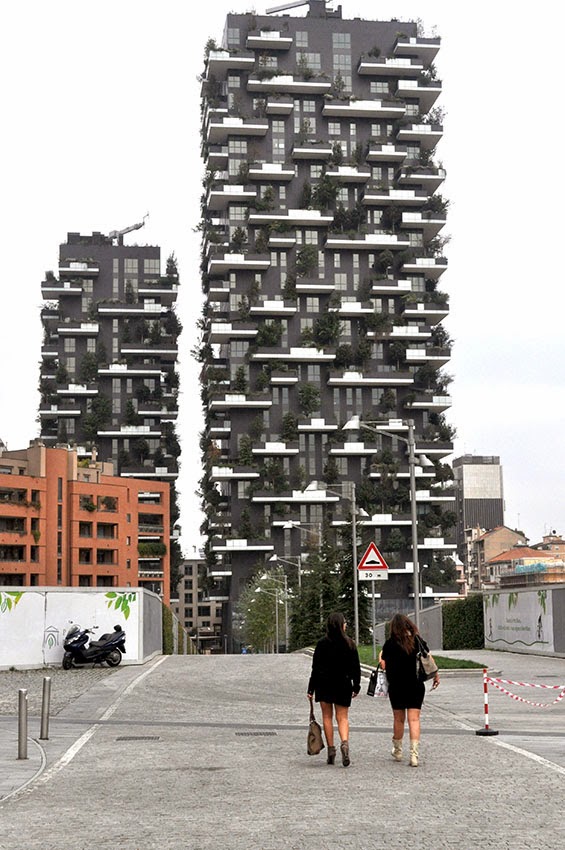 Green buildings, clad with vegetation have been around for a decade or more (the example below is from Quai Branly in Paris, 2006) but the recently completed Bosco Verticale in Milan extends the concept to include entire trees. Tree planting has become commonplace in hotel and corporate atriums the world over but this is the first example of trees migrating to the façade of a building. Bosco Verticale comprises two towers, of 18 and 26 floors and is on the edge an enormous regeneration project named Porta Nuova, close to Porta Garibaldi station, north of the city centre. The architect, Stefano Boeri, designed the two blocks with terracing to accommodate up to 730 trees (between 3 and 6m in height) together with 5,000 shrubs and 11,000 perennials. As the years go by and the trees grow it will present a novel management problem to ensure the trees are kept free of disease and pruned to avoid becoming too big for the building. 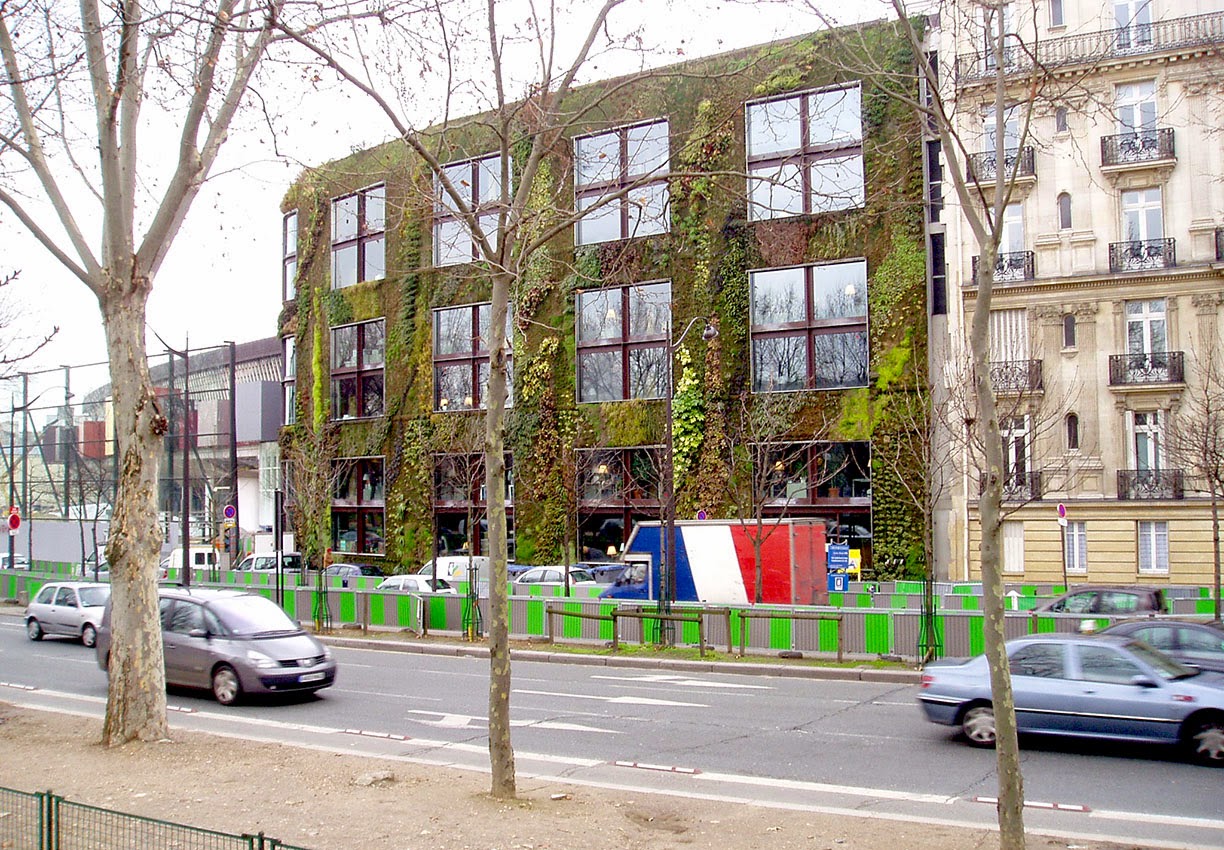 The rationale for this adventurous project is to combat air and noise pollution (Milan has some of the worst air quality in Italy) and to offer the residents of the 400 apartments some direct experience of the natural world. There is a lower proportion of open space in Milan than in any other major Italian city. Tests have shown that the tree cover will act as insulation against winter cold and mitigate the build-up of high temperatures in summer sun. What is visible now is only the beginning of the scheme and the foliage looks a little thin at present. When mature in 5 to 10 years time it has the potential to look spectacular. 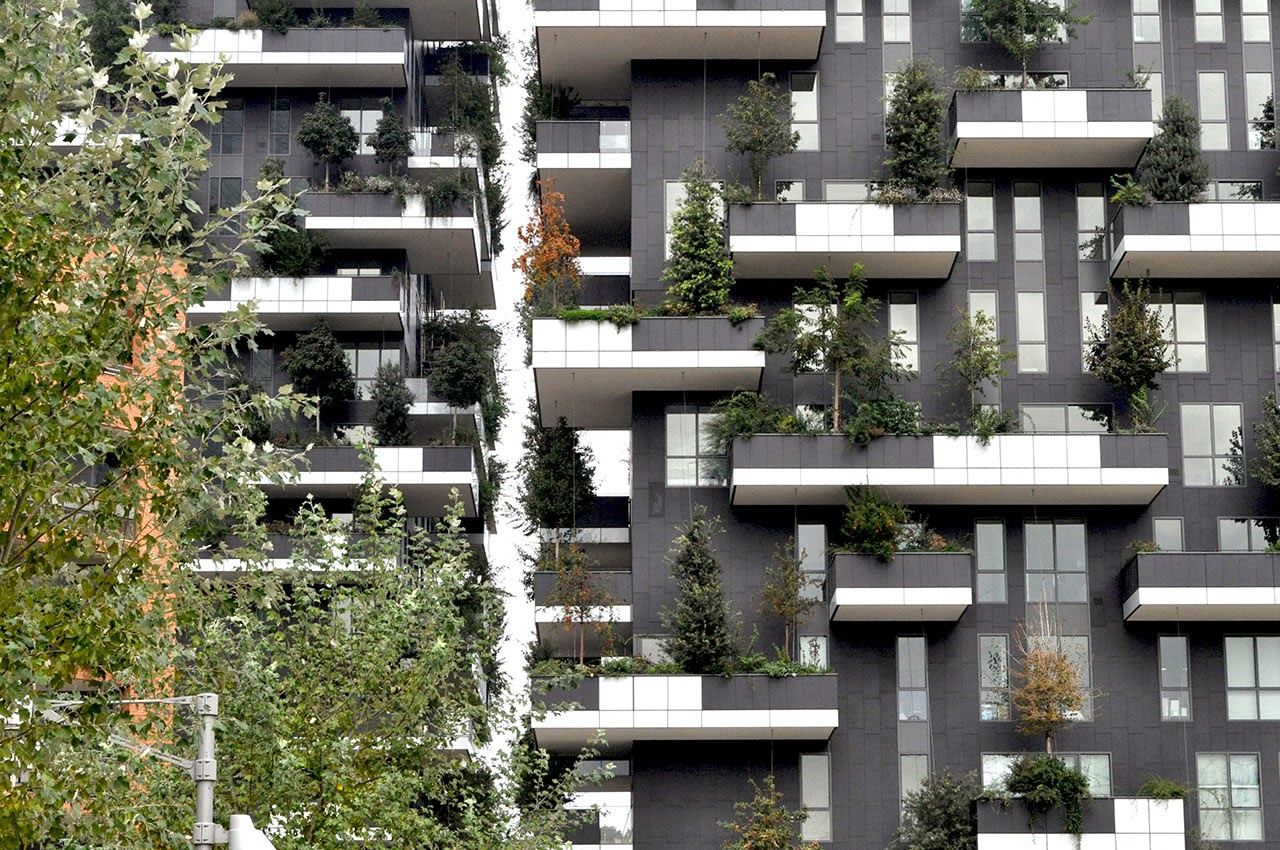 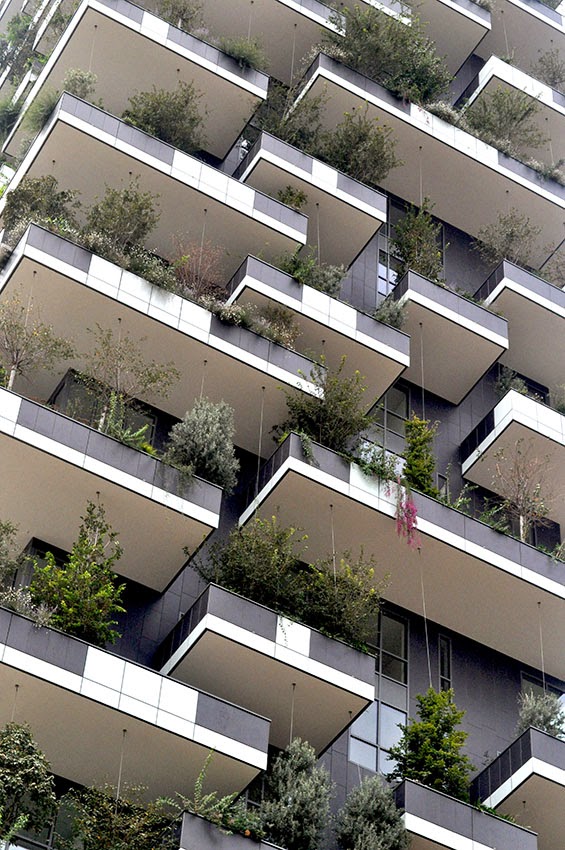 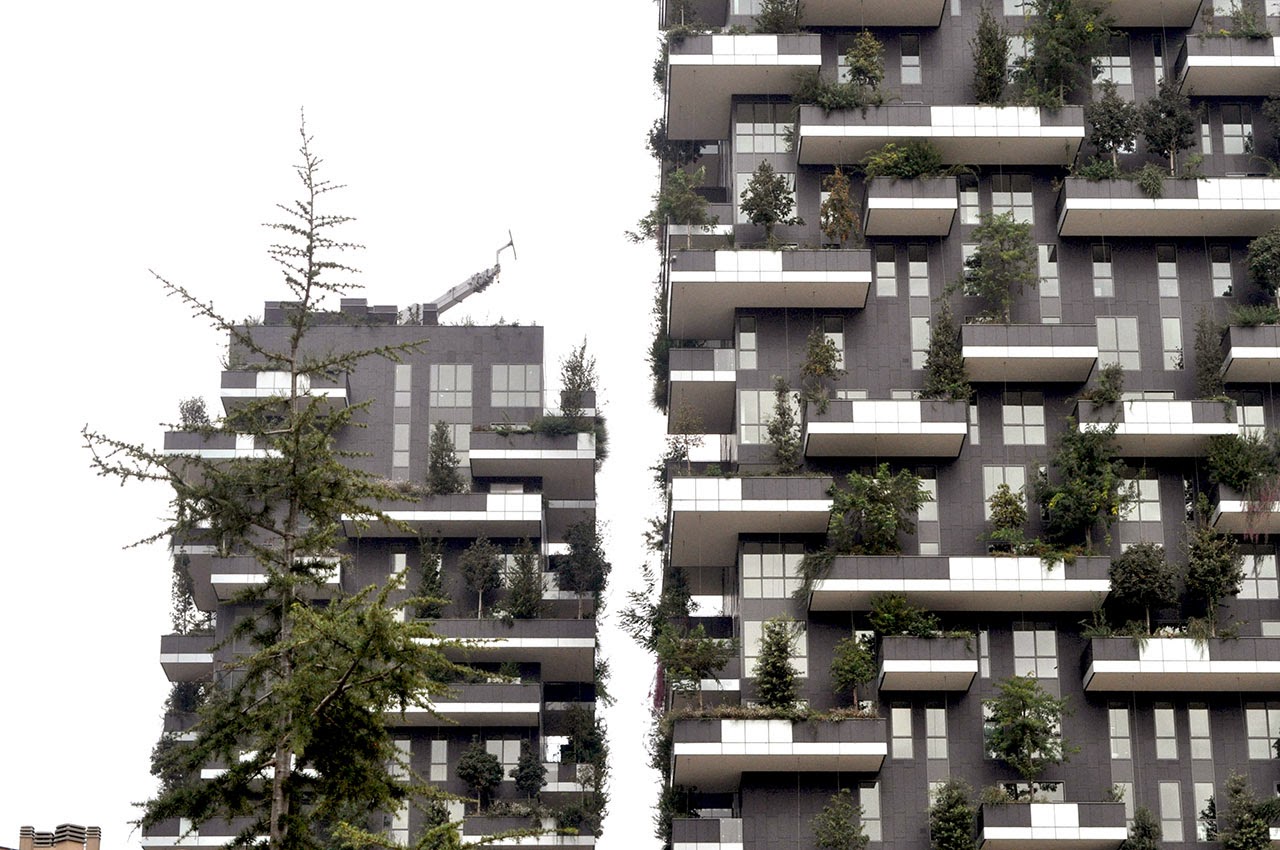 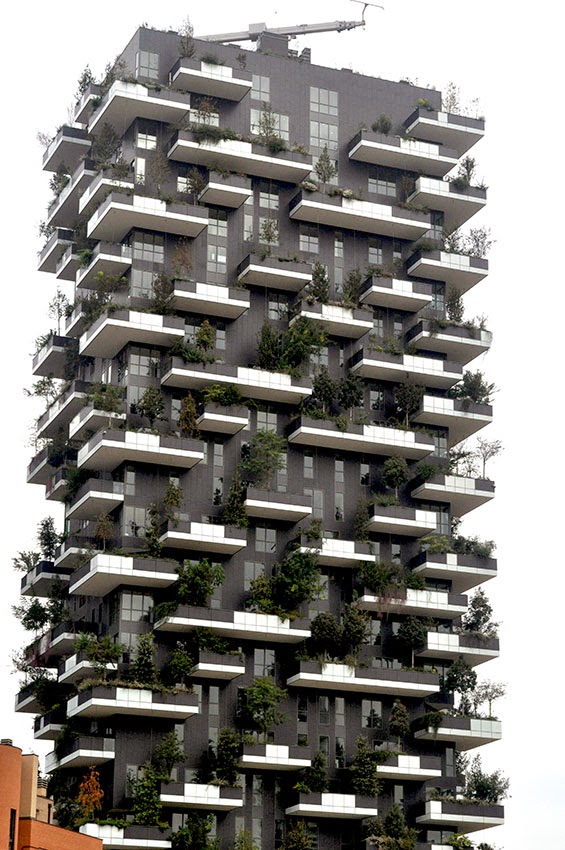