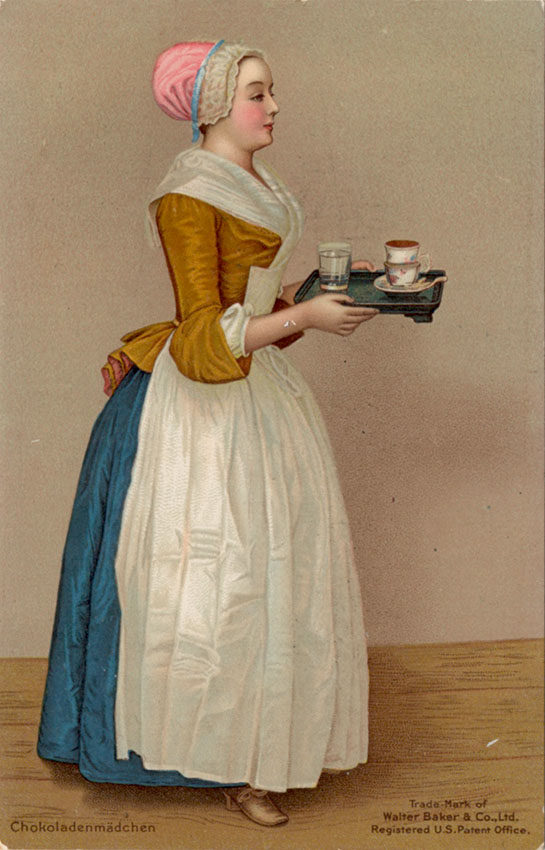 In Vienna, in 1745, Jean-Etienne Liotard made a pastel portrait that later would become known as Das Schokoladenmädchen or the Chocolate Girl. The image took on a life of its own as its decorative potential was co-opted by generations of chocolate manufacturers to publicise their products and add decorous distinction to their packaging. This example comes from the Walter Baker Co. of Dorchester MA who obtained the right to use it in 1883. The artist’s descendants could have greatly enriched themselves if they had been able to legally enforce their title to the image. Baker products remain on sale in the US – now a tiny pimple on the Giant Octopus Mondelēz. 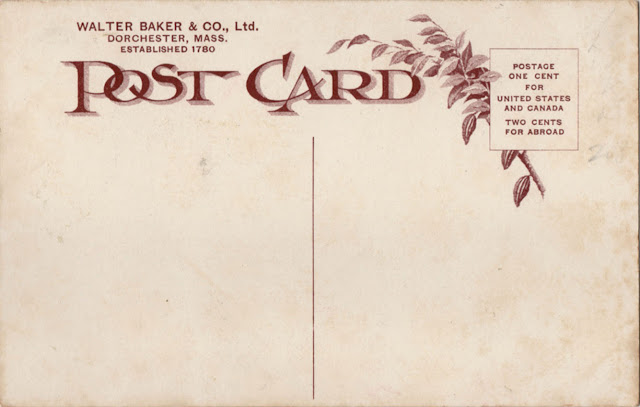 Like a medieval mason moving from Bruges to Poitiers via Winchester and Ravenna, Jean-Etienne Liotard moved his portrait studio across Europe and beyond in search of business. Swiss by birth, trained in Geneva and Paris, Liotard plied his trade from Amsterdam to Rome, from London to Vienna plus a four year spell in Smyrna and Constantinople. He demonstrated great flair for self-promotion, charged a premium rate for his services and developed a profitable side-line in later years as a collector and dealer in Old Masters. Even his appearance, assiduously recorded in a lifelong series of self-portraits, was cultivated to attract public attention. When he arrived in London from Constantinople he wore exotic Oriental costume and sported a magnificent jihadi-style beard, in step with the upper-class fashionable obsession with all things Turkish.

The Royal Academy (RA) survey begins with a room of family and self-portraits, many of which accompanied him on his travels as evidence of his skills. Two works stand out in this room, for their psychological curiosity as much as their undeniable technical brilliance. “Self-portrait, Laughing” is an oil painting in which he presents himself as a grinning, gap-toothed eccentric, gesturing and pointing out of the picture frame with a stretched index finger – its defiance of reasoned analysis makes it a thing of wonder. Equally strange is the pastel portrait of his 7 year old daughter with a much loved and expensive doll held by her right hand while her left hand and index finger are raised to her face – a juvenile face of a rich expressiveness of which the doll bears no trace. The combination of the animate and inanimate is truly arresting – a painted and hand-carved human replica in wood and fabric pressed close to a beating human heart. Without Liotard’s amazing ability to breathe life into his subjects this contrast would be negligible.

Pastels have come to be associated with the practice of sketching rapid observation with a light touch. In the hands of Liotard they fix a human presence with immense authority, lacking nothing in physical detail while capturing the expressive nuances of living forms. Noted, and apparently tolerated for his open depictions of his subjects’ infelicitous facial features, he would, nevertheless, condition their complexions to a peak of unblemished perfection. Much amazing nasal topography was redeemed by the careful elimination of broken veins, blotchy skin and misplaced facial hair. Vellum and parchment were the favoured surfaces on which to work – vellum being especially effective in conveying physicality and depth of substance.

Another room at the RA is full of Brits resident in Constantinople in their Ottoman finery – some blowing in on the Grand Tour, others making a good living as traders in Oriental treasures. Men of fine breeding – a Ponsonby here and a Pococke there – discarding the constraints of Western formal dress and packaging themselves in garments of rich and colourful fabrics, fur-trimmed and turbanned, inside which they could fancy themselves as intimidating, yet seductive Asian warrior-princes enjoying a well-earned break from their military duties. The 4th. Earl of Sandwich encouraged Liotard to move from Rome to Constantinople and later would provide him an entrée into London society when he moved there. The exotic contents of Liotard’s dressing-up box would be much in demand among his London clients. 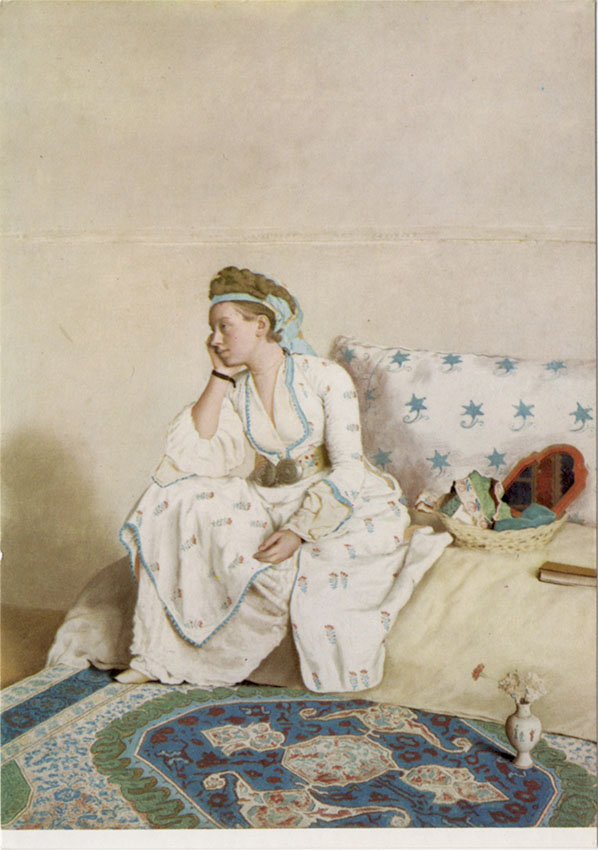 Many years ago I saw a Liotard in the Rijksmuseum – a pastel portrait of a young woman in Levantine dress perched on the end of a divan, her head supported by hand and elbow. Her air of boredom, the asymmetric composition, the masterly sharp focus representation of textile and fabric surfaces, the deep shadow on the left and the vast neutral space occupying almost half the picture plane were all intriguing. The postcard I took away with me identified the subject as the Countess of Coventry – it now seems fairly certain that she was Marie Fargues, wife of the artist. Over the years I’ve seen a few more but an entire exhibition is a wonderful event. Artists that seem mysteriously to be fractionally out of alignment with their times, whose work often resists categorisation and have a habit of delivering more than we might reasonably expect are often the most interesting and rewarding.

Unsurprisingly sobersides Joshua Reynolds was unimpressed by Liotard when he turned up on his patch in London in 1753, calling him a Quack and Impostor. Sadly for him, while Liotard’s work fills the Sackler Wing at the RA, Reynolds must stand outside in the rain, all but engulfed by Ai Wei Wei’s self-assembly trees. 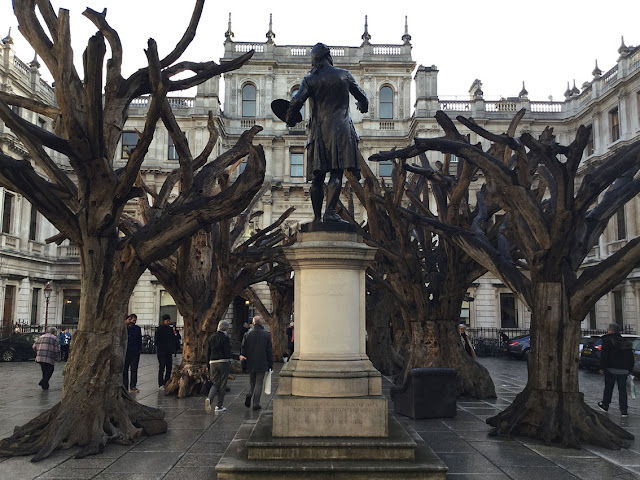