Postcard of the Day No. 79 – New York Blizzard 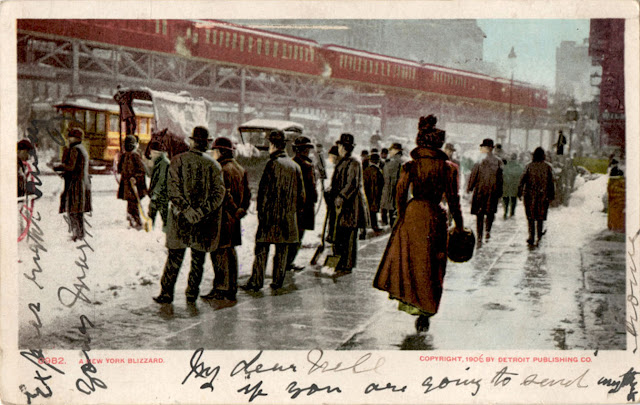 We can trace the photographic origin of today’s card to an 8 by 10 inch glass negative in the collection of the Library of Congress. Taken in the Great Blizzard of 1899 on behalf of the Detroit Publishing Co. and cropped for a postcard that was copyrighted in 1906. Colour was applied and the result has an almost cinematic sense of immediacy. Bright light reflected from the wet paving stones haloes the foreground female figure that strides purposefully into the composition. An elevated train rumbles overhead, a streetcar passes by and snow shovellers are making desultory efforts to clear the street. According to Robert C Reed (in The New York Elevated, 1978, p. 114) the location is midtown on the Sixth Avenue elevated, probably near Herald Square. 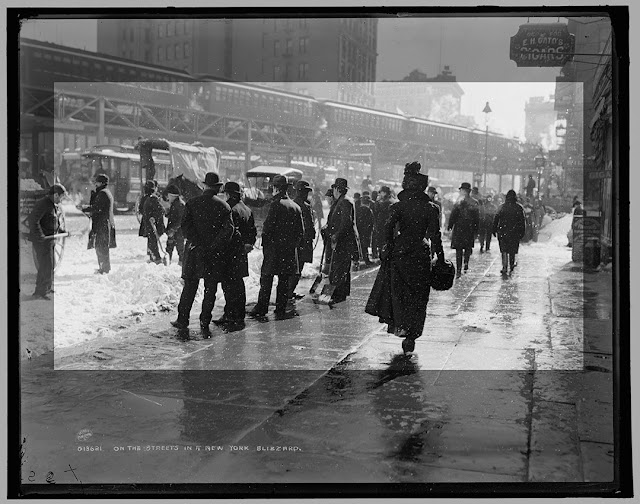 Below is another example of a street scene recorded from the sidewalk, this time underneath the elevated tracks in the Bowery. Most street photography on postcards takes a distant, more detached viewpoint and images taken from the sidewalk are relatively unusual. Which is a shame as we get a much more intense documentary feel – a powerful evocation of the sights and sounds of a busy city street. Trains thrash overhead, horse-drawn vehicles and streetcars occupy the roadway and all the long lost detail – shop windows, theatrical poster, cast-iron balustrading and the ties that span the street and brace the twin viaducts supporting the elevated railroad can be examined at leisure. The final card shows a scene that even Edward Hopper may have rejected as excessively dystopian. A street corner where two trains, vertically stacked clatter past with an ear-piercing grinding of metal on metal that can hardly be imagined. Magnificent as it was as an emblem of the metropolitan sublime, it’s easy to see why the presence of the elevated was so greatly resented by those compelled to live and work in its perpetual shadow. 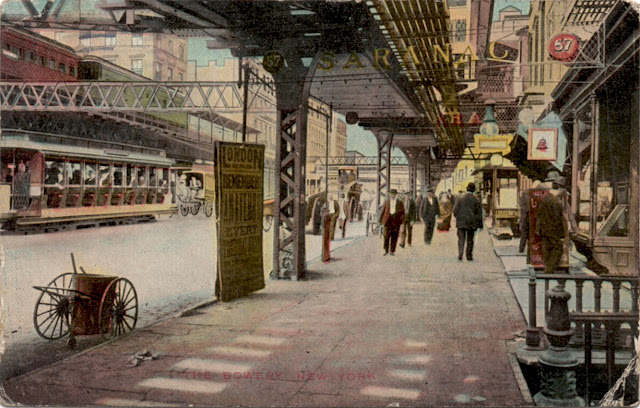 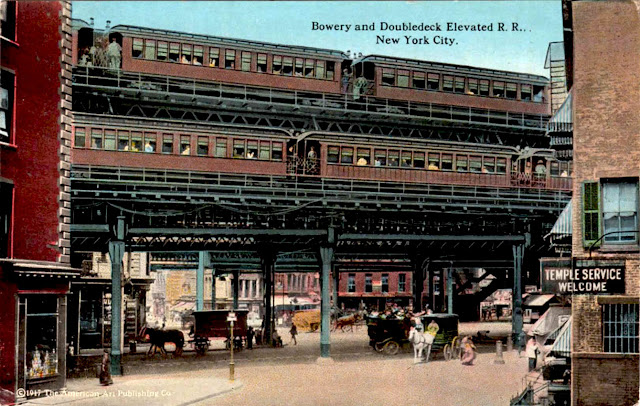