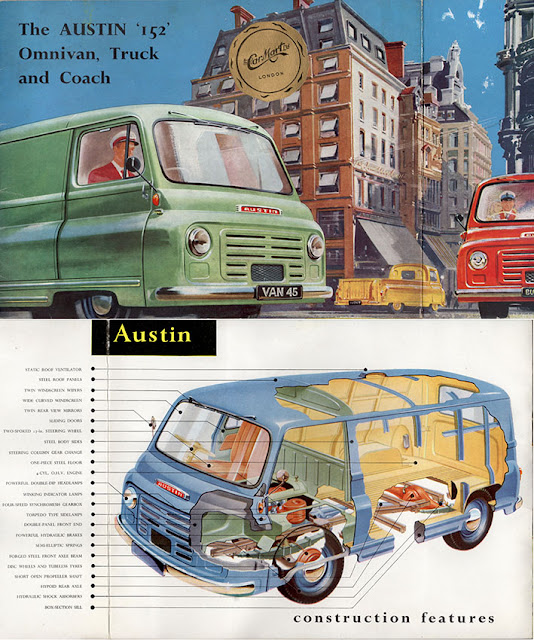 In 1956 British-owned volume vehicle builders were about to enter a long period of turbulent decline that would lead inexorably to their extinction by the end of the century. The captive market in the Commonwealth and allegiance to all things British was on the point of disappearing and competition from other European manufacturers and from Japan was about to put the British industry under severe pressure. This vehicle design borrowed from European competitors (especially VW) for its shape and proportions and with revisions would remain in production for another 11 years. Smoother contours and an undivided windscreen distinguished it visually from its predecessors. The publicity brochure shown here relied upon the skill of the illustrator for its cheery visualisation of a gently idealised post-war world, rendered in a style we might call Ladybird-lite. The professional illustrator would soon be supplanted by the photographer as printing techniques improved but in the late 1950s the hand-drawn image conveyed a sense of immediacy and visual power that could not be easily matched in cheaper photographic reproduction. 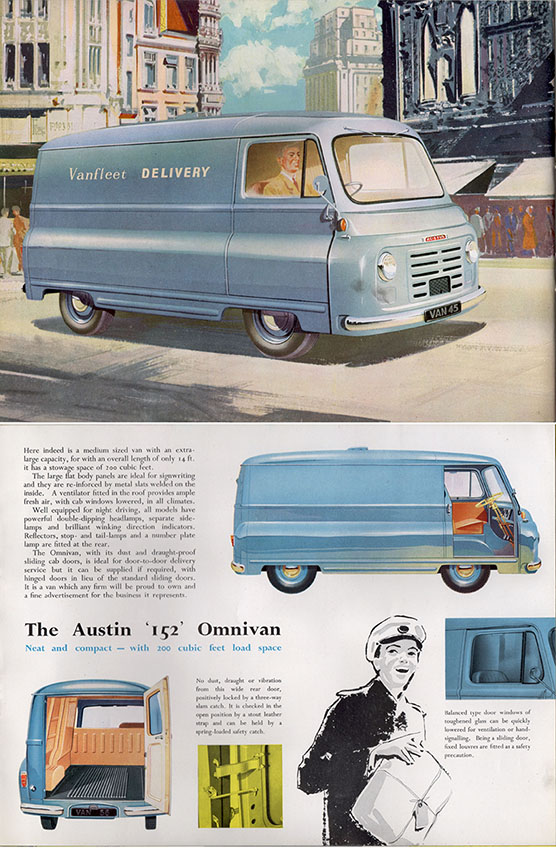 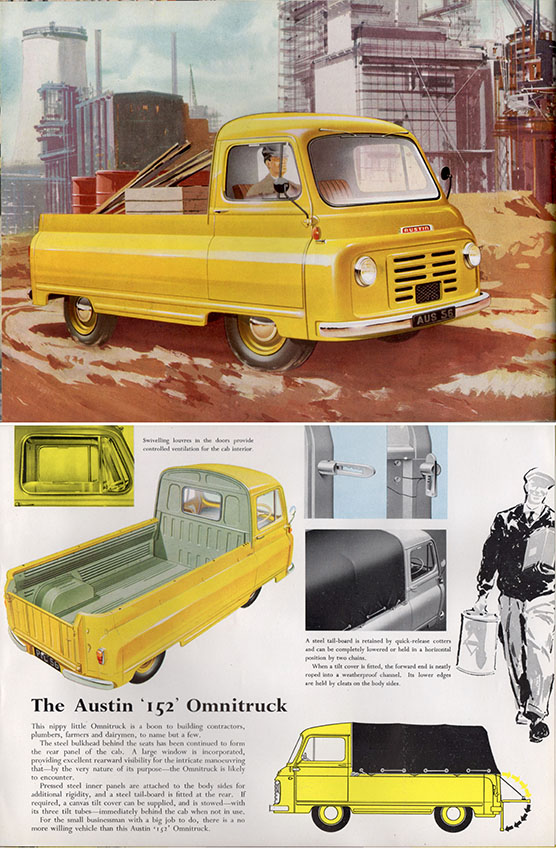 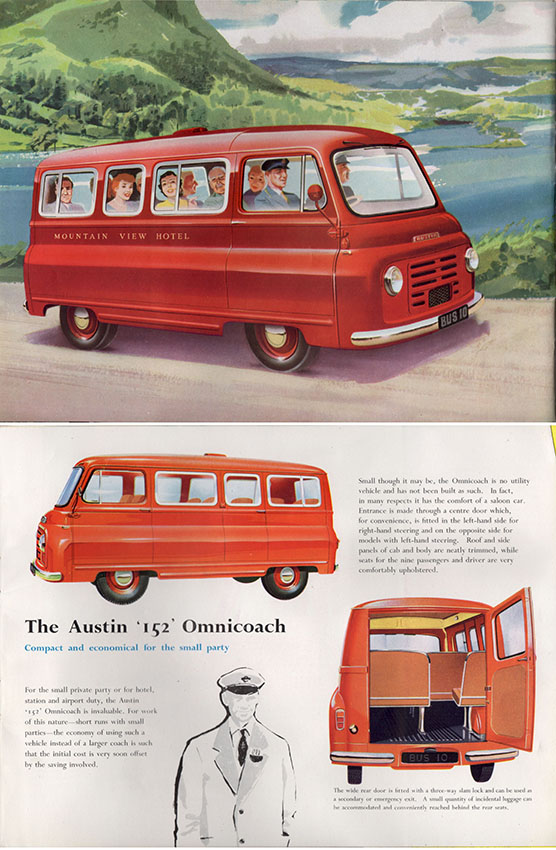