Postcard of the Day No. 82 – Seeing Niagara 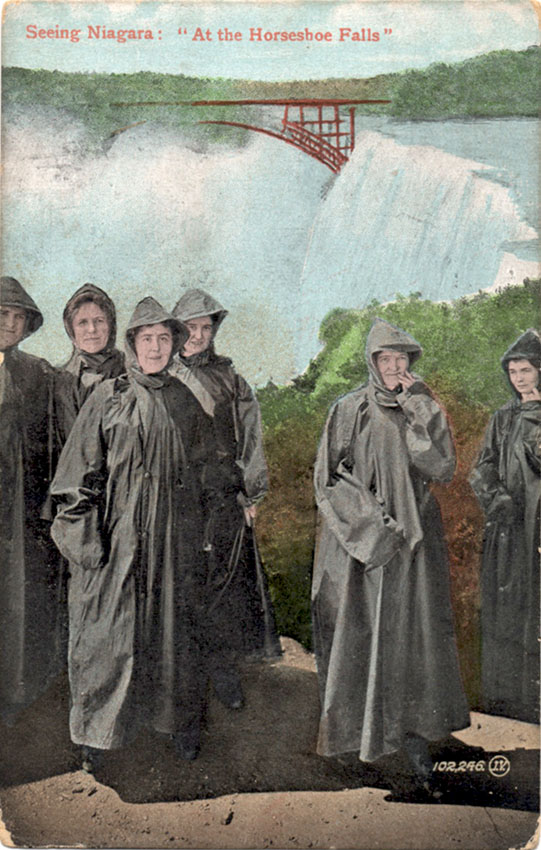 Both Canada and the United States are proud hosts to one of Nature’s greatest spectacles – Niagara Falls. With such an enormous number of visitors it’s never long before the collector of postcards encounters one of the many hundreds of cards to feature this awe-inspiring sight. I salute the anonymous buyer of today’s card for having rejected all the conventional views on offer in favour of this distinctly sidelong glance. Half a dozen of tourists encased in heavy-duty rainwear pose for the camera in a rather random grouping. They are about to depart on a cruise that will expose them to a ritual soaking at the base of the Falls, visible behind them. Below is a selection of postcards where the publishers have focused on the local infrastructure or the transformation of the Falls in the depth of winter. 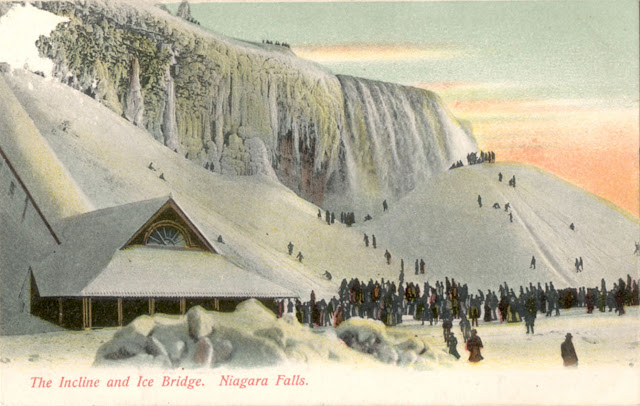 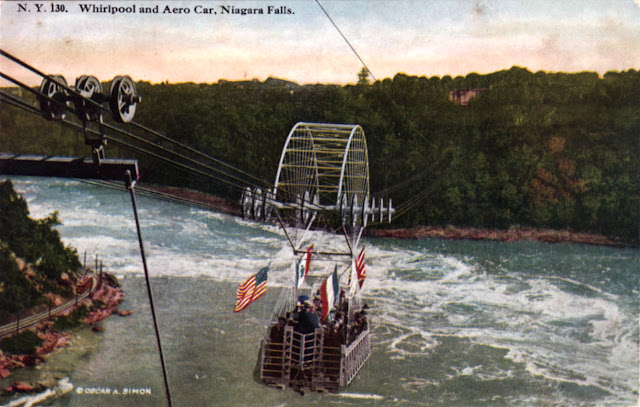 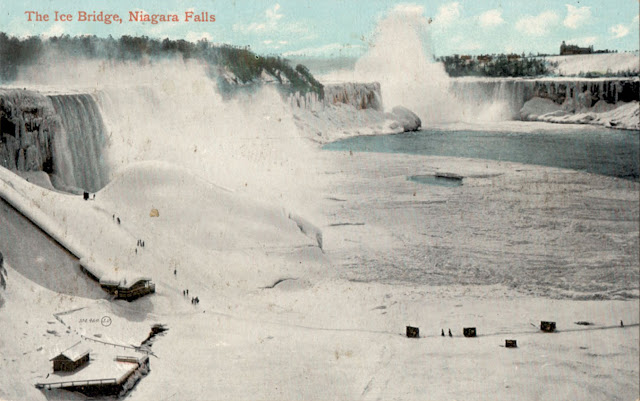 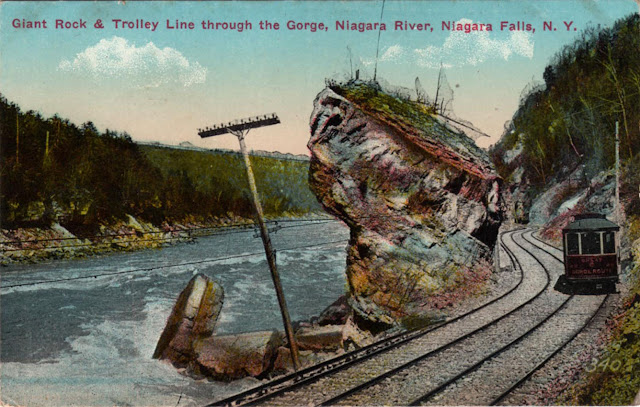