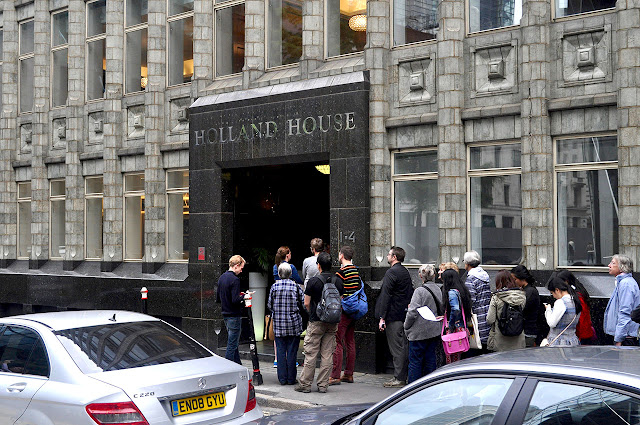 Dutch architect H P Berlage (1856-1934) is a key figure in the early development of Modernism in the Netherlands. In Amsterdam he designed the city’s Commodity Market (now the Beurs van Berlage) - a sprawling red brick building with a massive clock tower, containing three large multi-storey trading halls. Constructed on the Damrak between 1896 and 1903 it retains a dominant sense of presence in the city centre. The City of London is home to Berlage’s only building constructed outside the Netherlands – Holland House in Bury Street, in the shadow of the Gherkin. 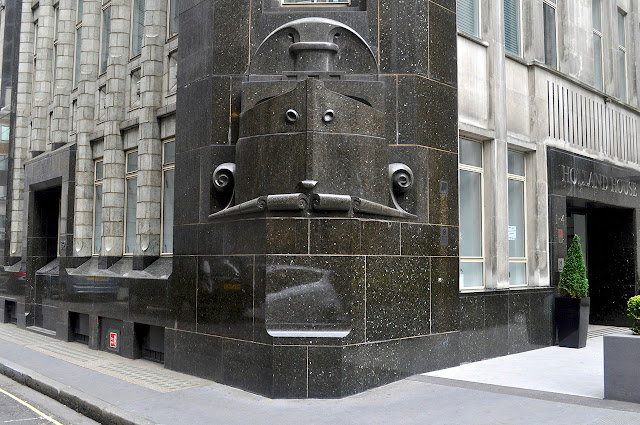 The client was Wm. H Müller & Co, a Dutch shipping line with whom Berlage had a close commercial relationship. Berlage drew on the experience of his 1911 visit to the US and designed a steel-framed 4 storey office block faced with grey-green faience above a polished black granite plinth. At the centre was an open atrium, another feature observed in the US. Strong vertical ribs and inset panels below the windows provide visual drama especially when seen from an oblique angle. On the south east corner there’s a stylised nautical relief in black granite featuring the prow of a steamship by Dutch sculptor, Joseph Mendès da Costa (1863-1939). This is the centenary year – the building was completed in 1916. 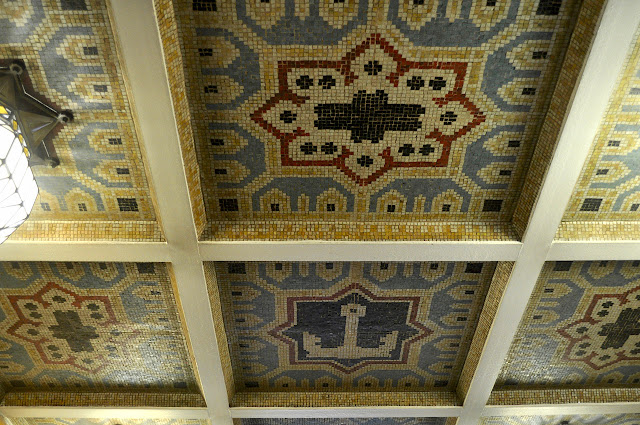 Internally there are central lobbies decorated with stained glass, mosaics and wall tiling schemes. Berlage’s interior decor assistant was the artist Bart van der Leck (1876-1958), later an associate of Mondrian and De Stijl. Maritime themed imagery predominated in the form of anchors, compass points and wave forms. Marine blue tiles were used on the basement level to symbolise below the waterline and salvaged material from scrapped ships appeared in the form of brass rails and timber panelling. The light fittings were a later addition and designed by Henry van de Velde (1863-1957), a Belgian pioneer of Art Nouveau who in later years moved towards Modernism. The building is Grade II* listed – the listing can be seen here. The photos were taken when the building was open during Open House London 2016. Just outside enthusiasts queued for hours to get inside the Gherkin while a ten minute wait was all it took to see around Holland House – which I suspect was a richer experience. 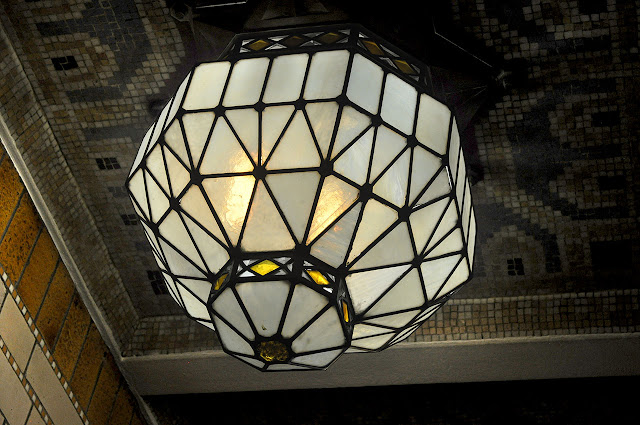 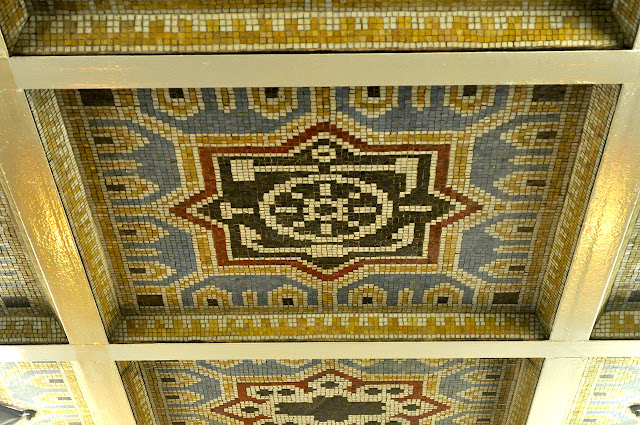 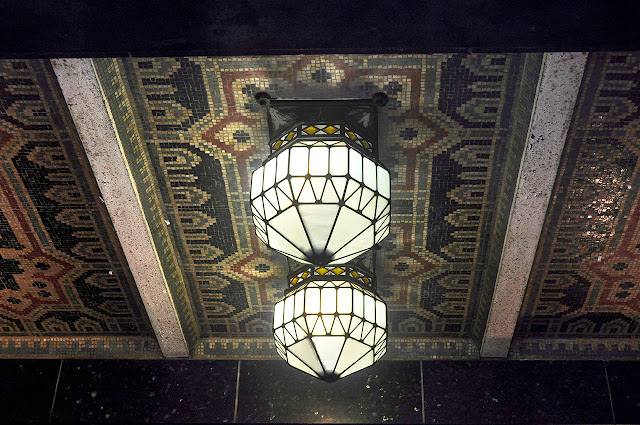 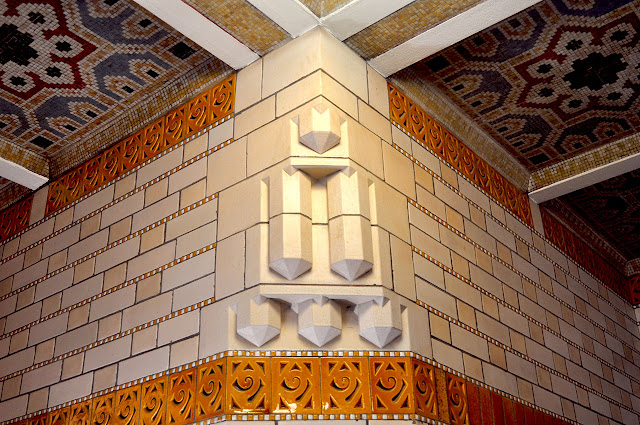 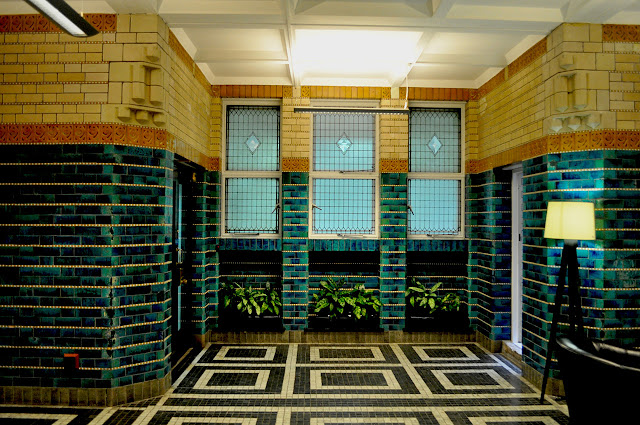 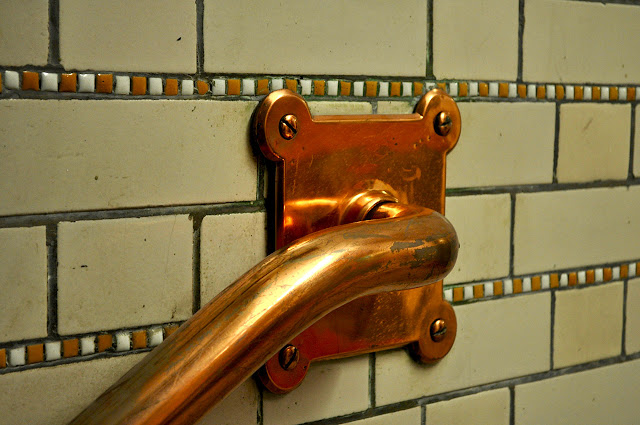 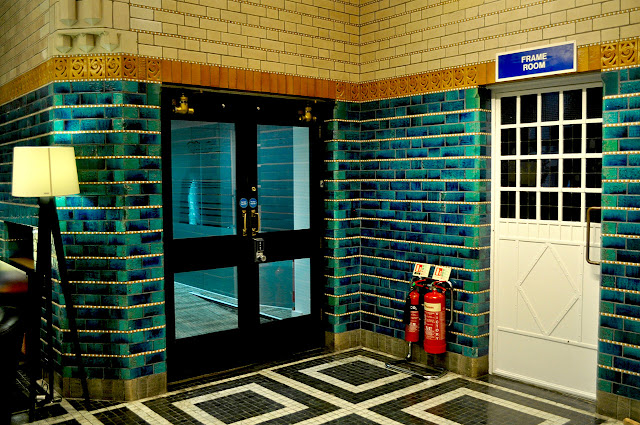 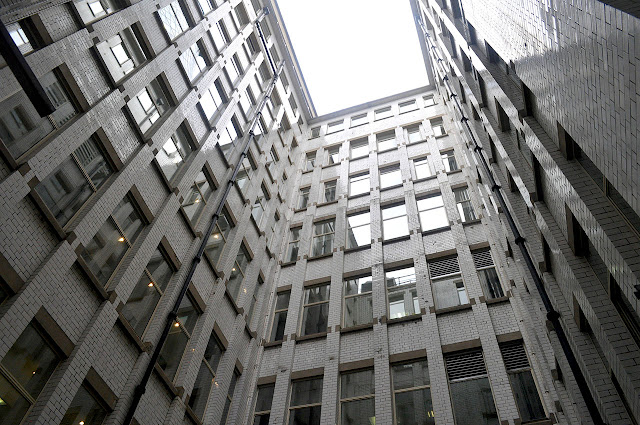 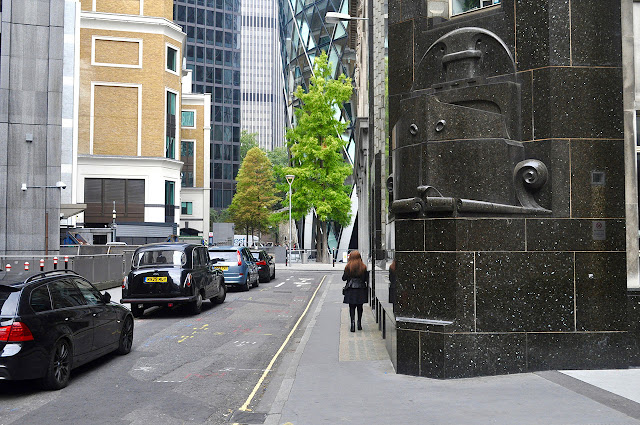