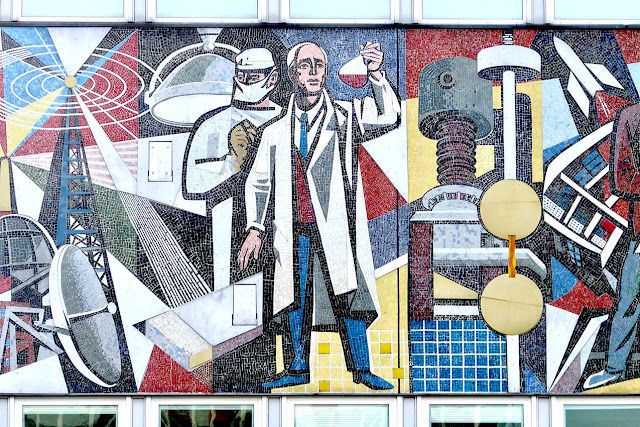 Totalitarian regimes always have resources available for large scale public art as a way to reinforce the state ideology. These mosaics adorn the Haus des Lehrers (Teachers’ Building) at Alexanderplatz in what was then East Berlin and wrap the building in suitably uplifting educational messages. It was one of the DDR’s first modernist tower blocks and housed a large library of books on education and conference and meeting facilities for educators. Walter Womacka (1925-2010) designed the scheme, known as Unser Leben (Our Life ) to focus the public mind on the technological and economic achievements of Socialism and the one true path to world peace. Womacka was a regime favourite and had risen through the world of art education to become Rector of the Künsthochschule Berlin-Weissensee (DDR State Art College) from 1968-88. As Vice President of the VBK (compulsory state register of artists) it was his job to identify and expel the ideologically unreliable. He was rewarded with a series of major state commissions for giant murals on public buildings. State approved overseas travel was another regime perk – on a visit to Syria he was invited to paint a portrait of President Hafez al-Assad, father of the present incumbent, Bashar - ophthalmologist and mass-murderer. 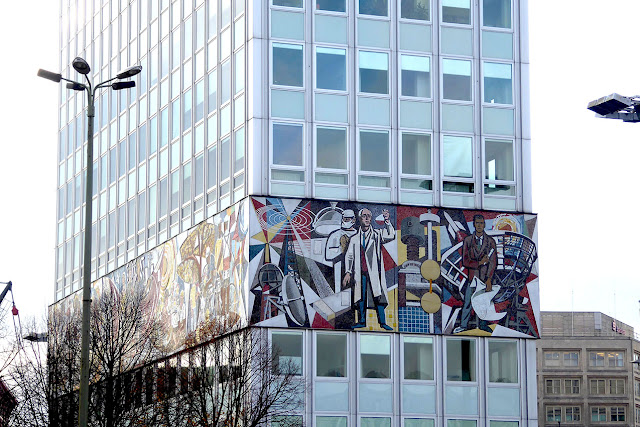 The visual language was an embalmed version of the Mexican Muralists with their impeccable revolutionary credentials combined with Socialist Realism, by tradition and practice, an idiom from which all visual excitement was excluded. A gowned and masked surgeon poses in the operating theatre while satellite dishes and communication towers beam down a message of hope. Then a white coated chemist holds up a flask containing the distilled essence of Marxist-Leninist thought. To his right, an astronomer of Asian origin stands in front of a vast radio-telescope while a rocket is launched bearing fraternal greetings to the farthest reaches of space. Elsewhere doves of peace are released into the heavens to melt the stony hearts of the capitalist West. Contented proletarians enjoy the blessings of state-controlled consumption, proudly observing their dutiful offspring acquiring the scientific skills that will take the nation forward into its glorious future. Among all these uplifting messages, it’s difficult to select just one but the constant repetition of the language of pacifism is perhaps the most egregious element. Some guilty pleasures catch the eye – tilting planes and surfaces locking compositional elements, period mid-century infographics and the occasional echoes of Leger, another who never lost his faith in Marxism. 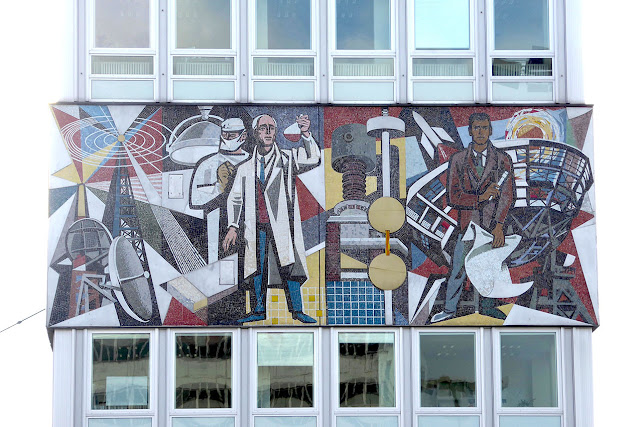 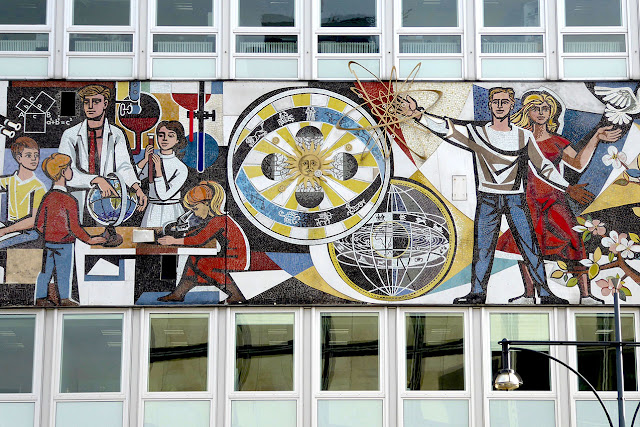 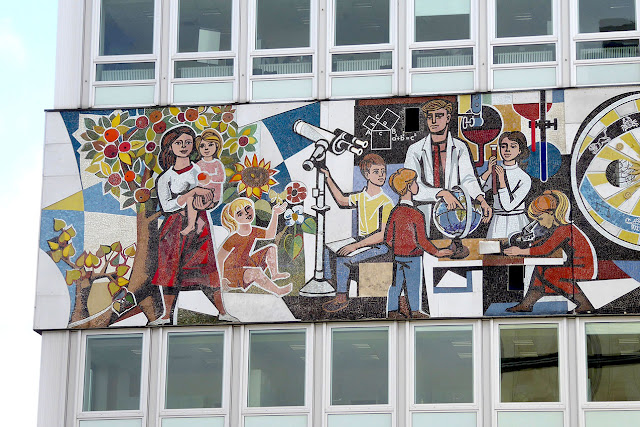 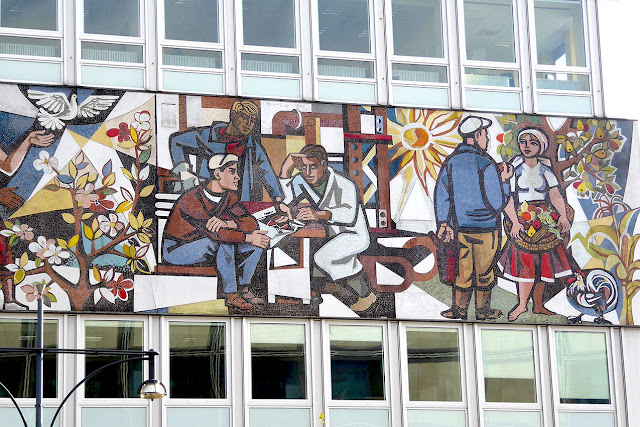