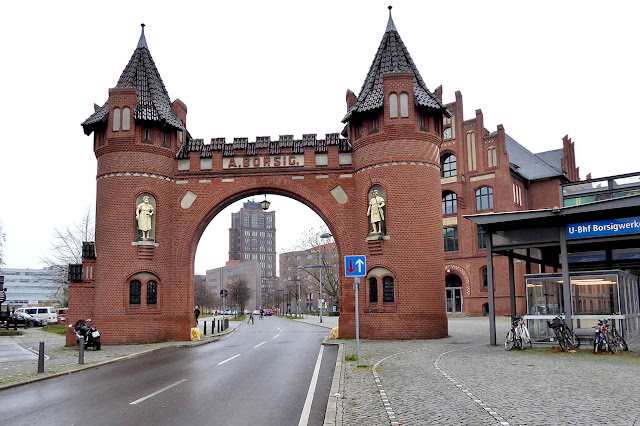 Franz Hessel, author of Walking in Berlin (1929), indulged his fascination with the way that urban sprawl leeches out into the surrounding countryside by walking from Spandau to Tegel around the northwest perimeter of the city. Arriving in the suburb of Tegel he noted the presence of the Borsig locomotive works without pausing for closer examination. It may not have been for want of trying as Hessel was adept at talking his way into industrial facilities such as AEG in Moabit and wrote with relish and enthusiasm about what he observed. The Borsig Works in Tegel opened in 1898 (follow this link to view an 1898 catalogue of Borsig products) but the era of supremacy established in 1872 when it was the second largest loco builder in the world, was already behind it. By 1929 the mock-medieval ensemble of buildings at Tegel had been turning out steam locomotives for over 30 years but the company was struggling and close to insolvency. In 1935 the locomotive business was absorbed by AEG who began to move production to their own factory. 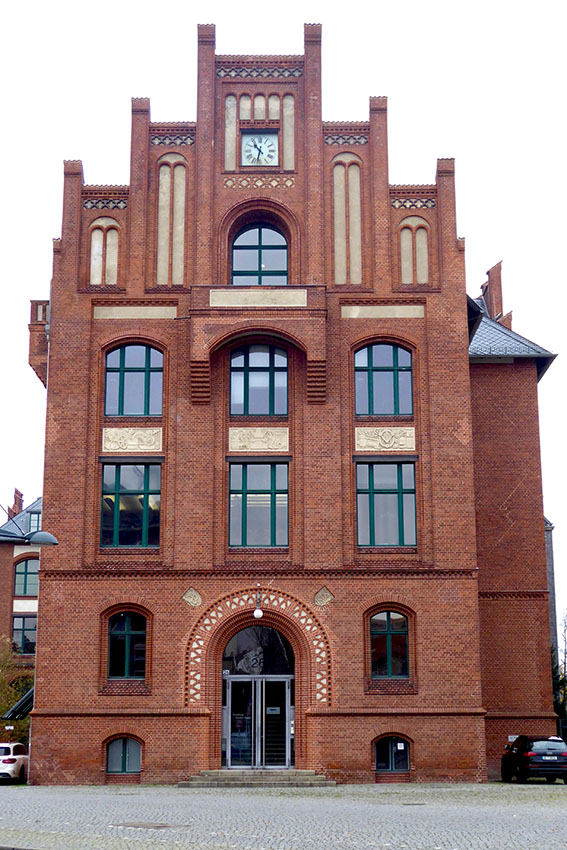 Borsig continued to produce industrial compressors and boilers until final closure in 1958. Much of the abandoned factory complex has survived into the present – albeit as part of a large commercial development that includes office space, a hotel and a major shopping centre. A quasi-fortified gateway marks the entrance to the factory – carved figures of armed guards look down on intruders from niches in the round towers. Many brand-new locomotives in black gloss finish were posed in front of the gateway for publicity photos. By adopting historical architectural styles the Borsigs seemed to be saying that despite the contemporary nature of their business they remained attached to time-honoured craft traditions and technologies. 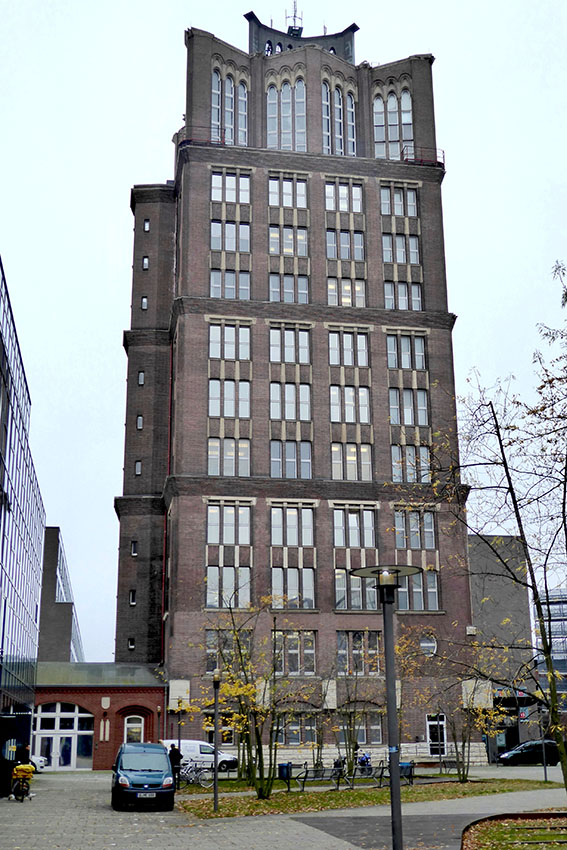 The workshops, stores and assembly halls were designed with ornamental façades in a brick-built Gothic style, much favoured for contemporary civic buildings such as the Rathaus Schmargendorf. In 1922 the company built a 12 storey office block, often described as Berlin's first skyscraper. It was a steel frame construction designed by architect Eugen Schmohl (1880-1926) in an Expressionist style that retained the fortified aspect found elsewhere on the site. Elsewhere, the large machine hall was rebuilt as an indoor shopping centre in 1999. It’s an uninspired conversion that seems to have dissipated the sense of scale that would have distinguished the original interior. The external fabric has mostly been retained but the industrial character has largely been lost by replacing the original iron and steelwork with modern high performance metal trusses, slender and bland in appearance. It would require an enormous effort on the part of the imagination to summon up the epic drama of the industrial process with its percussive symphony of the riveter, the cacophonous hammer blows, the hissing hydraulic presses and the roaring forges. Mountains of castings, springs and roller-bearings littered the shop floor while overhead roof-mounted cranes transported immense locomotives from one assembly line to another. All this in a space now inhabited by listless shoppers browsing chain-store mediocrities. 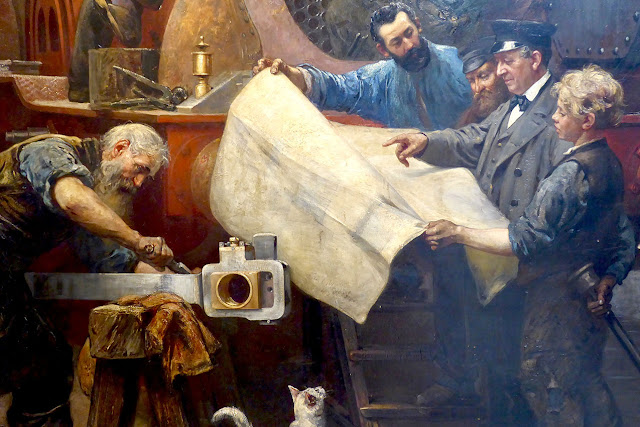 The image above of locomotive construction is a detail from a painting by Paul Meyerheim (1842–1915) on display at the Deutsches Technikmuseum. It is one of a series of 7 paintings commissioned to celebrate the achievements of the Borsig engineering business. The locomotive is an example of Borsig construction from 1925 now a museum exhibit at Bochum-Dahlhausen. 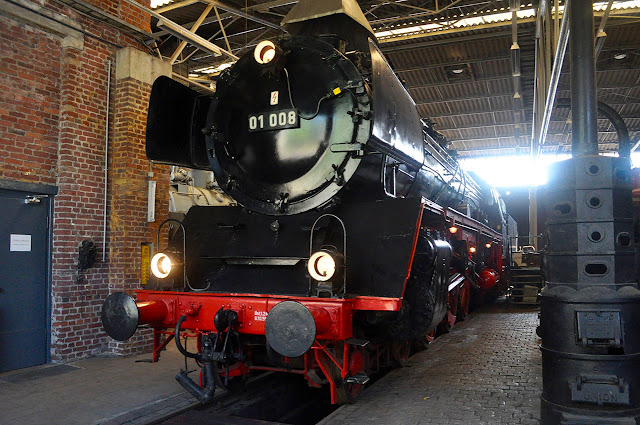 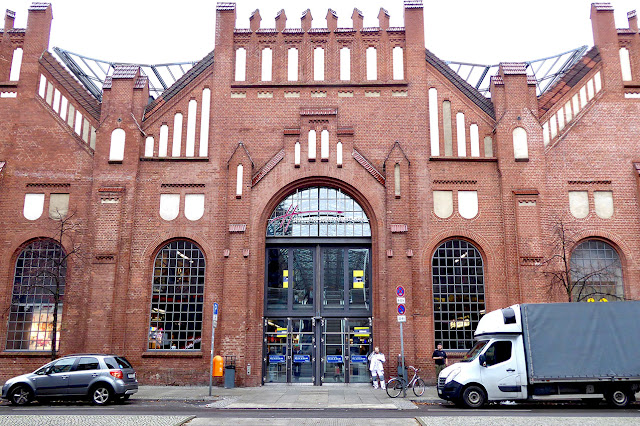 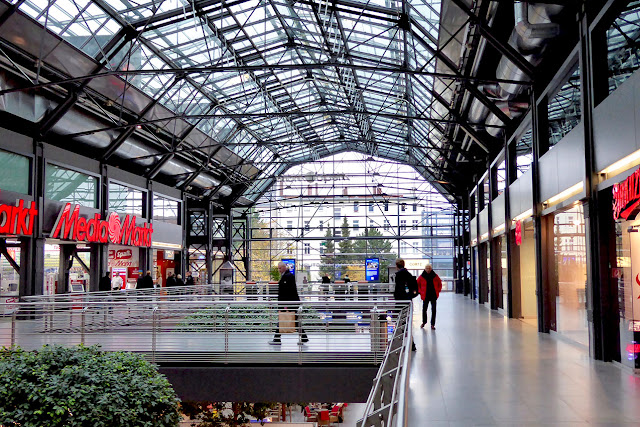 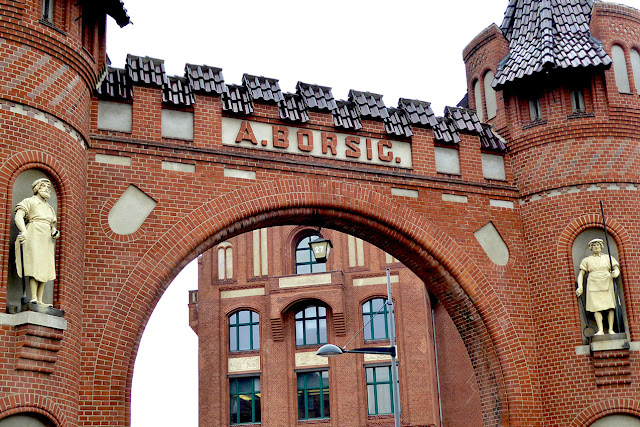