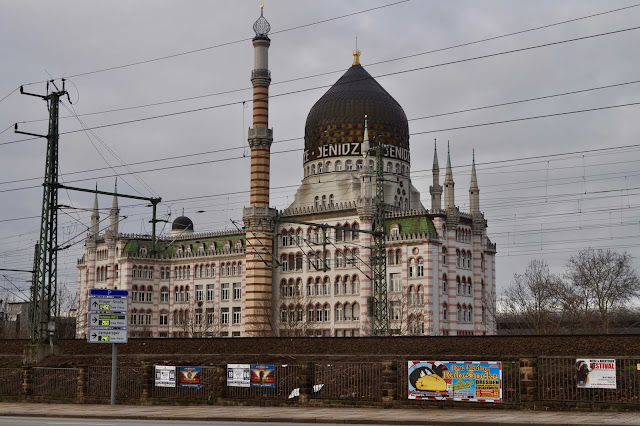 In February 1945, when the city of Dresden was bombed into oblivion by Bomber Command and the USAF in a firestorm of epic proportions, it might have seemed like the worst had happened. But Dresden was destined to be one of those unfortunate places where one kind of tyranny was immediately succeeded by another, in more than half a century of totalitarian governance. Victor Klemperer was a Professor of French Literature at the Technical University and a long time Jewish resident of Dresden when he began keeping a diary in 1933, the year the Nazis took power in Germany. In spare and unemotive prose, he described how he and his Aryan wife experienced the incremental but remorseless process of dispossession of property, basic human rights and legal status to the point where, as a Jew, he was forbidden to own a radio, a bicycle or a pet and compelled to travel on the open rear platform of the tram, while shopping for food was restricted to the hours of 18.00 to 19.00. Klemperer and his wife escaped their fate by simply walking out of the city, unobserved in the chaotic aftermath of the firestorm. 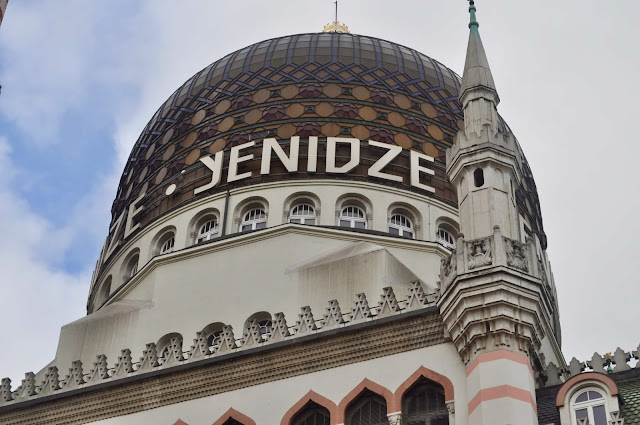 The painter, Otto Dix came to Dresden in 1910 to study at the city’s art college (Kustgewerbeschule) where he adopted an Expressionist style, until in 1914 he volunteered for military service. When he returned to Dresden in 1919, Dix was a traumatised veteran of the First World War, having fought in the Somme, the Eastern front and Flanders. Once again he studied painting and evolved a style of heightened realism. The award of an Iron Cross had done little to soften his hatred of the mindless cruelties of war that would preoccupy his work for many years. When his attention turned to the decadence and conflict of the Weimar years, he brought the same savagery and brutality to his portrayal of the social scene. In 1933, the new Nazi regime quickly identified him as a degenerate artist and dismissed him from his teaching post at the Dresden Academy. 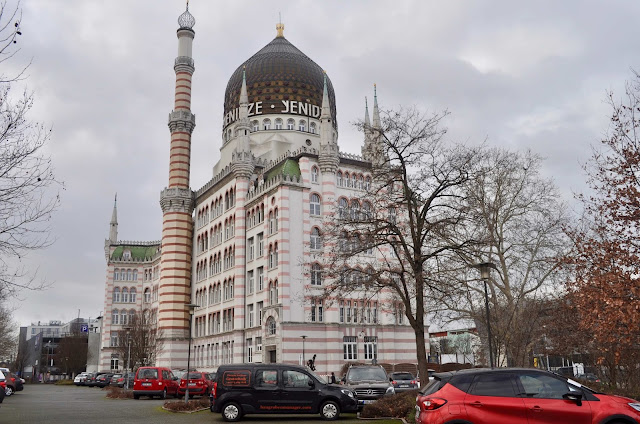 Vladimir Putin was posted to Dresden in 1985 and remained there until the collapse of the DDR in 1989. His duties are a matter for speculation but it is likely they exceeded collecting press cuttings as his biographer (Masha Gessen) alleged. Last December his Stasi pass turned up in the Dresden state archive, confirming his closeness to the DDR security service. It can safely be assumed that the Dresden years supplied Putin with valuable experience in surveillance and intimidation, helping to form the master of misinformation and arms length aggression that graces the world stage today. The story goes that when the old order collapsed in 1989, an angry crowd turned up and demanded entry to the KGB office. The door was opened by Putin, who brandished a weapon and successfully dispersed the mob by threatening to shoot to kill. Perhaps it was in the afterglow of this event that Putin felt the first flicker of a sense of destiny that he was born for higher things. 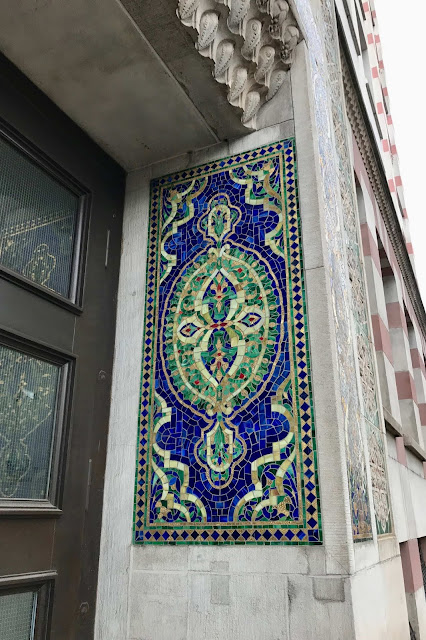 Which brings us to Dresden’s most bizarre landmark building. Approaching the city by train it appears as an exotic Orientalist apparition on the right hand side, shortly after crossing the river Elbe on the Marienbrücke. A 5 storey building with an elaborately decorated parapet, surmounted by a Moorish glazed dome, alongside is a minaret, comfortably taller than the height of the dome. The minaret was built as a factory chimney and the main building was given over to cigarette manufacture. Hugo Zietz had been the proprietor of a business producing Turkish cigarettes sold under such names as Salem Aleikum and Mameluk, since 1886. Zietz saw the commercial potential of building a factory inside the envelope of an Orientalist fantasy building and commissioned architect Hermann Martin Hammitzsch (1878-1945) to produce a design. Hammitzsch reached for his Islamic reference books, threw in a few Gothic details and came up with the amazing Orientalist pastiche we still see today. The finished building opened in 1909 and was recognised as a classic example of architecture as advertising - high visibility and a permanent reminder of the exotic origins of the product. One third of the building was destroyed in the war but after patching up by the German Democratic Republic (DDR) it remained in use until 1989 as the central tobacco office of the DDR, (the “VEB Tabakkontor”). Full restoration to its present condition took place in 1996. Since when it has been mostly used as office accommodation, with a restaurant on the 7th. floor. 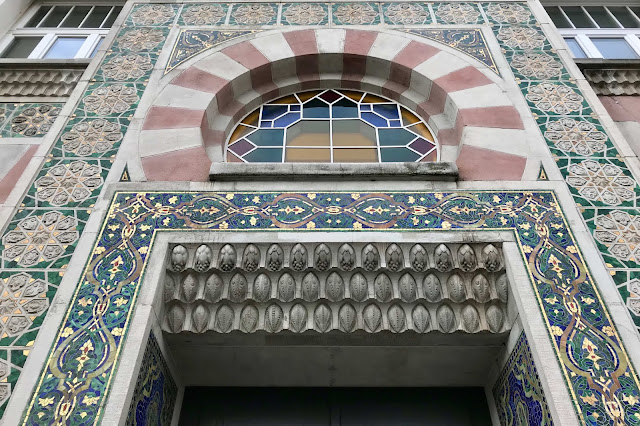 It turned out to be the only building of note that Hammitzsch would design. Indeed, there are no records online of any other building that could be attributed to him with any certainty. We do know that in later life he married Hitler's sister, Angela. On the basis of this connection that he was appointed in 1939 by the egregious Gauleiter of Saxony (Martin Mutchsmann, master embroiderer and underwear manufacturer) to direct a programme for the modernisation of Dresden along Nazi-approved lines. It was in this capacity that, after the burning of Germany’s largest Synagogue (originally designed by Gottfried Semper) on Kristallnacht, Hammitzsch ordered that the smouldering ruins be demolished and cleared. A rare incidence of the Nazis taking action without first obtaining the legal agreement of their victims. And a depressing display of architectural vandalism directed by a mediocrity against the work of an immeasurably superior colleague. History doesn’t record how Hammitzsch survived the post-war reckoning - he simply faded into obscurity, having irredeemably stained his reputation in the eyes of posterity. In recent years Dresden has acquired some notoriety as the birthplace of the anti-Islamic Pegida movement. They still gather in the city centre for some casual racism every Monday night despite having been overtaken by other hard-right parties (AFD) who forced their way into the Bundestag in last autumn’s elections. 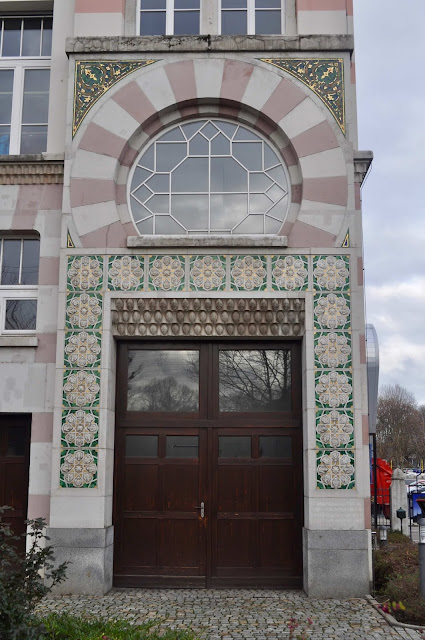 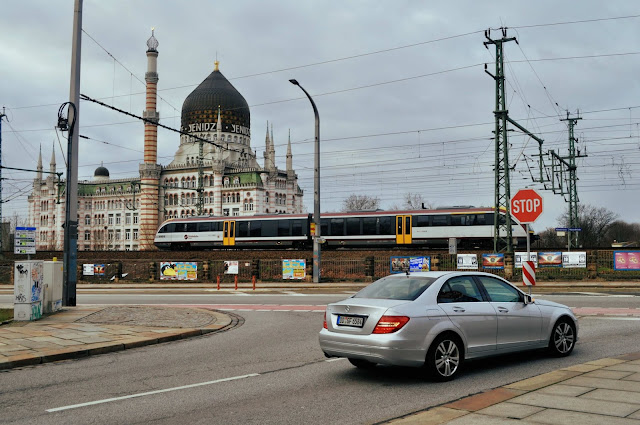