To Key West in Postcards 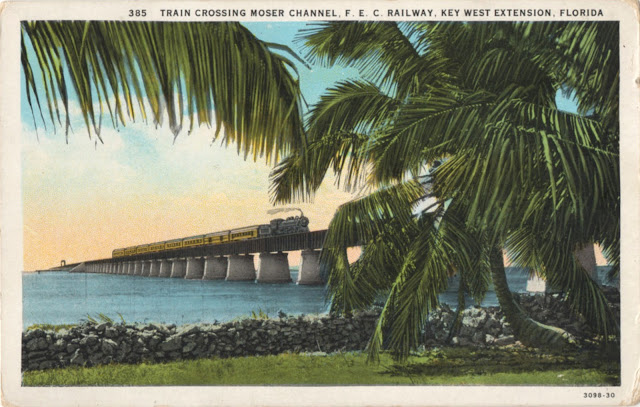 The Florida town of Key West is at the southernmost point in the continental United States at the end of a chain of small islands linked by a causeway. It is closer to Havana (106 miles) than it is to Miami (127 miles). Other than an association with Ernest Hemingway (who had a home there from 1931-39), its distinction is its location. Visitors to places situated at extremities are frequently moved to send postcards home and the industry was quick to supply them in copious amounts. 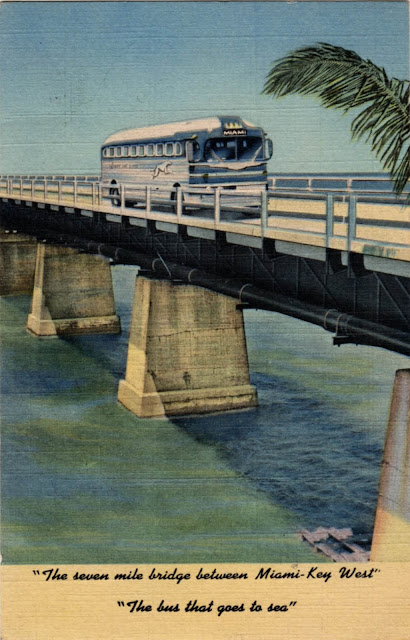 There was a time when it was connected to the mainland by rail. The Overseas Railroad to Key West operated from 1912 to 1935 when it was destroyed in the Labor Day Hurricane – forty miles of track was washed away on September 2nd. With no funds to rebuild, it was abandoned by its owner, the Florida East Coast Railway. There being no compelling economic case for the railroad, most of the track-bed was converted to road use and designated US Route 1 – the Overseas Highway. 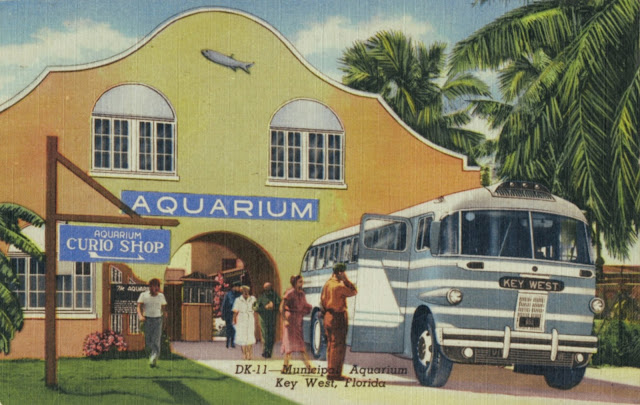 The Overseas Highway made a frequent postcard subject in the inter-war era of the linen card. The endless perspectives, big skies, gaudy sunsets and expanses of tropical blue seas lent themselves to the saturated colour of the linen postcard. For those without a motor vehicle, the Greyhound bus (the bus that goes to sea) was the only way to travel and they too turn up on postcards. One view of Pigeon Quay shows a queue of traffic driving off to sea with no seasickness as the caption has it. Amazingly it includes a pair of nonchalant pedestrians – difficult to believe they’re walking the entire 127 miles. 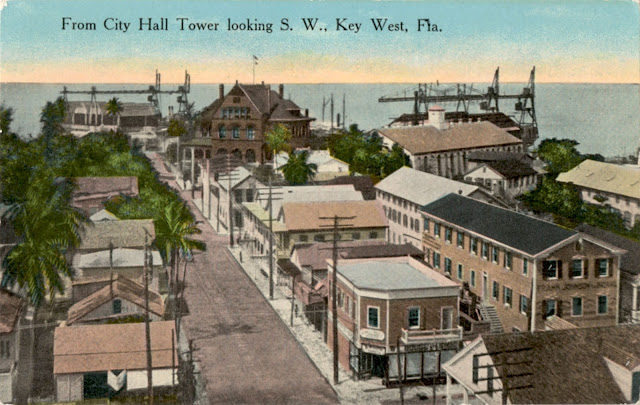 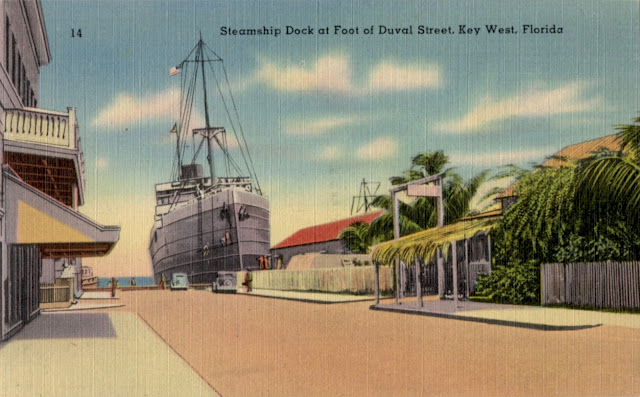 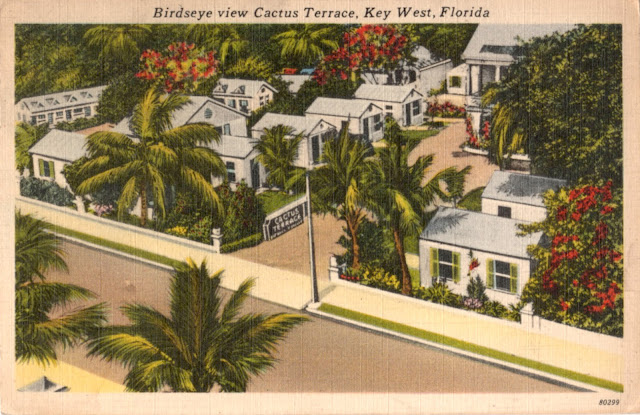 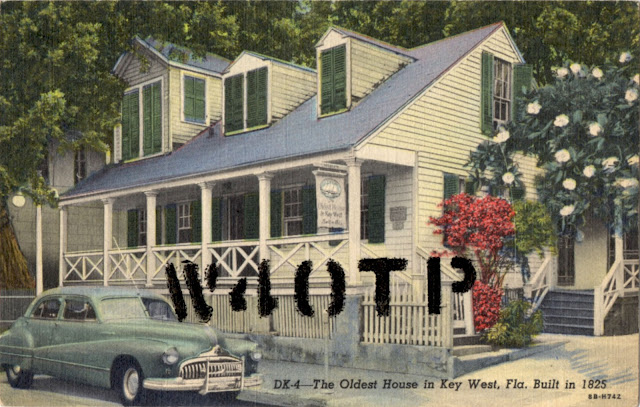 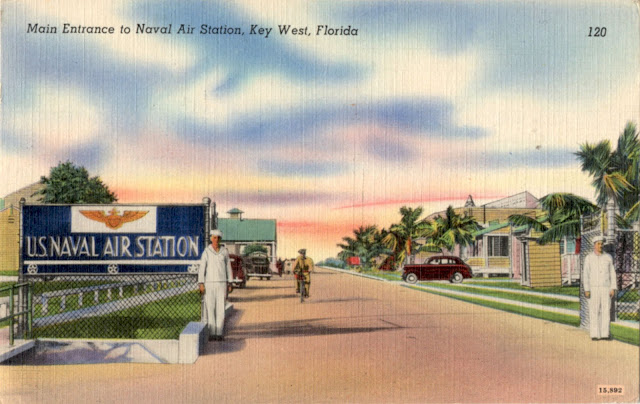 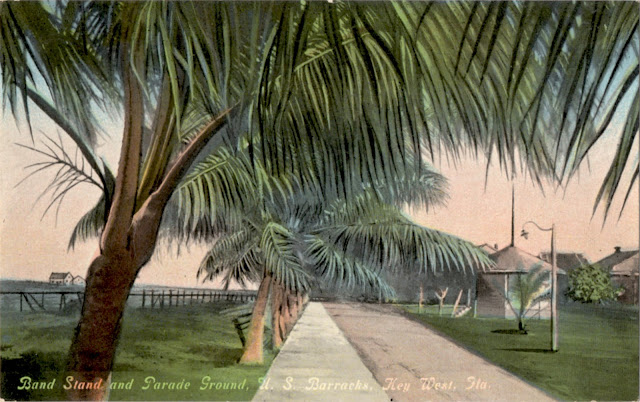 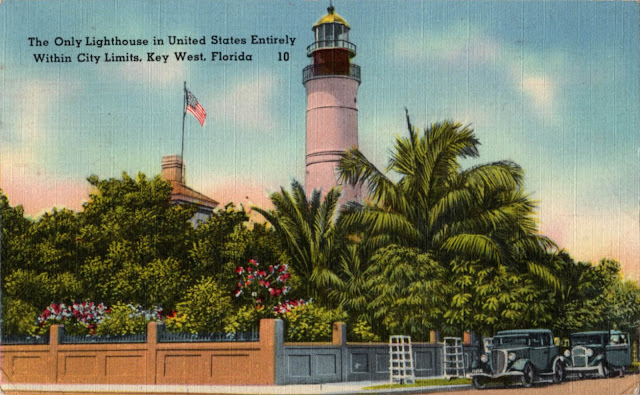 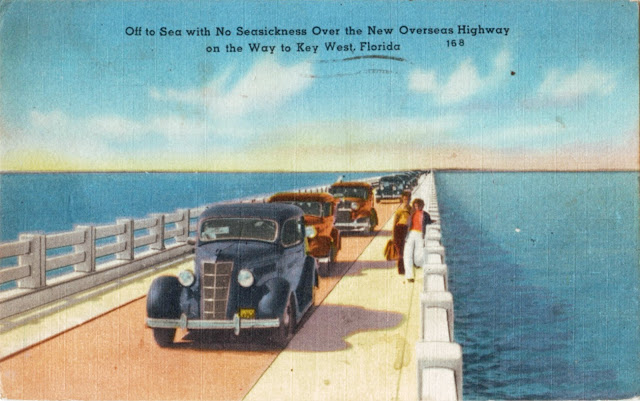 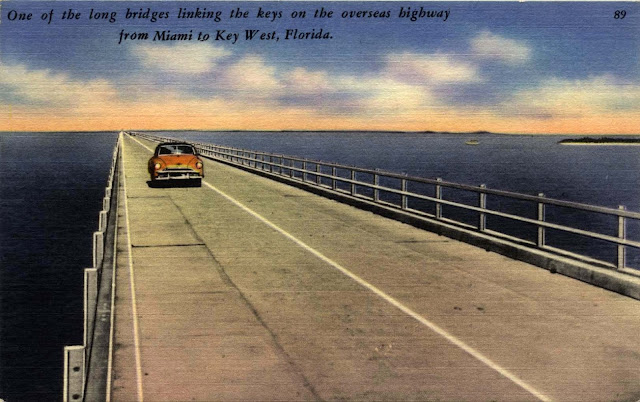 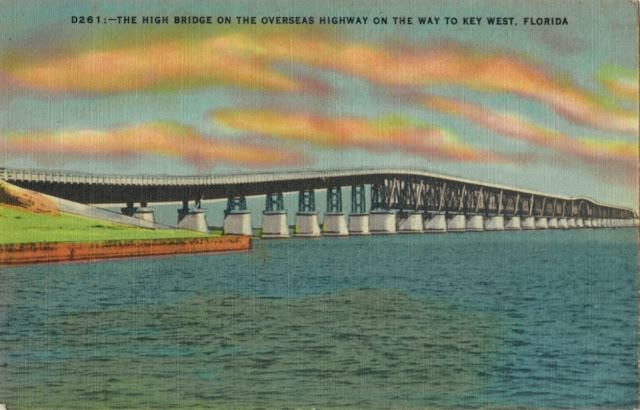 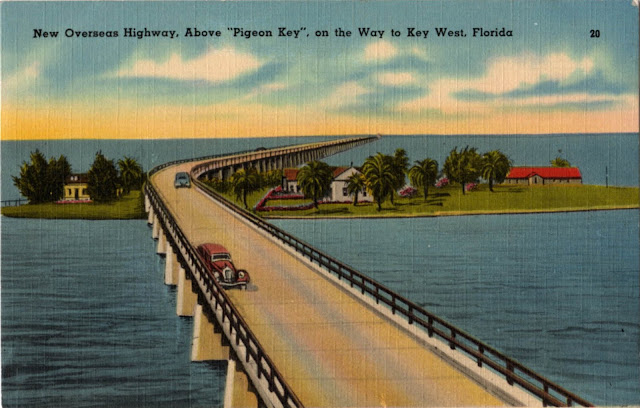 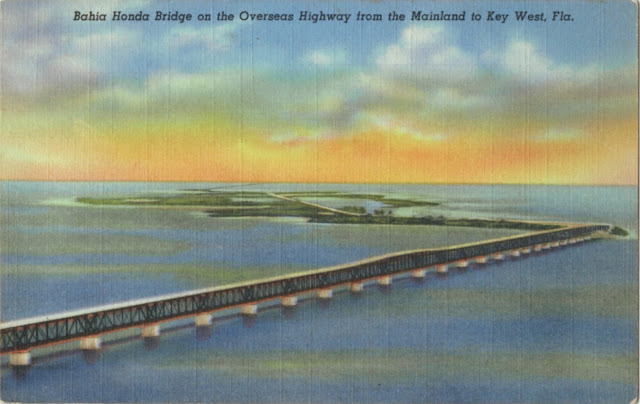 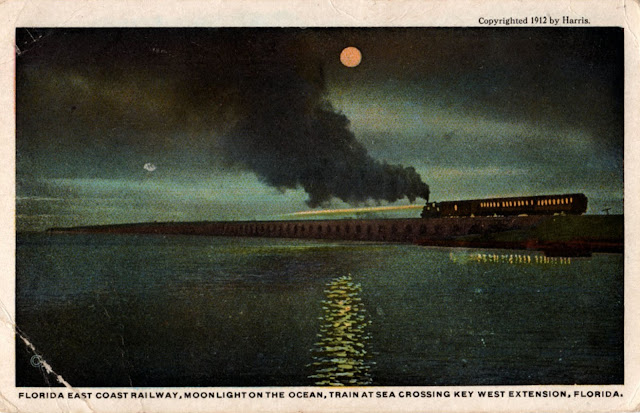