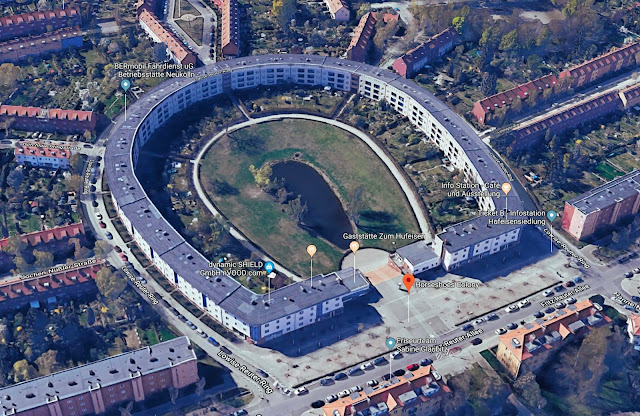 It’s easy to take for granted how easy it is to get around Berlin on public transport. Not so on the November afternoon we chose to visit the Horseshoe Estate. Turfed off the U-bahn at Grenzallee, we had to queue in a haphazard fashion for a bus replacement service - something very familiar to rail travellers from UK - with the result that night was falling by the time we reached our destination. The photographs were taken in a mad dash as the light faded, denying the opportunity to appreciate the distinctive colour palette that Bruno Taut brought to the project. The centrepiece of the estate is the horseshoe-shaped 3-storey apartment building that embraces a generous open amenity space and an ornamental lake. Surrounding it are a series of terraces and low rise apartment blocks, together housing 5,000 people in 1,963 dwelling units, all built between 1925 and 1930. 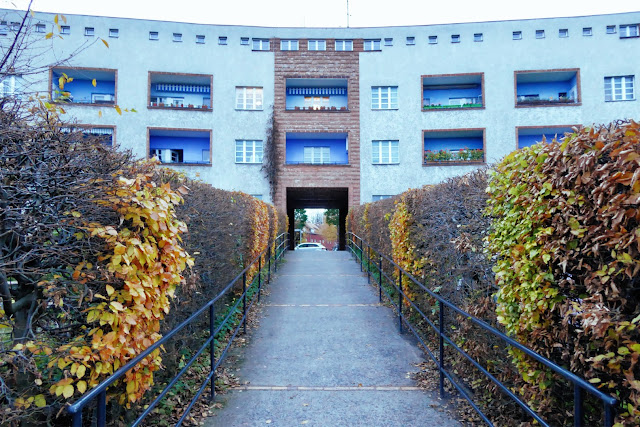 Taut’s architectural philosophy was informed by his interest in the Garden City movement (which he studied in England before the First World War) and his political commitment to Socialism. Berlin’s population had been expanding rapidly in the early 20th. century as industrial expansion demanded an ever larger workforce. Which lead to a massive programme of worker housing construction under the control of a Socialist municipality and city architect, Martin Wagner. Taut was one of the leading architects employed on this project and shared the egalitarian ideals of his political masters. The guiding principle was that workers and their families should be housed in generously proportioned apartments in salubrious surroundings in dramatic contrast to the typically overcrowded inner city suburbs where ill health and exploitation by the landlord class was endemic. Taut’s personal contribution to the movement was his belief in the power of colour and texture to enhance the built environment. He specified a variety of textured finishes to animate otherwise anonymous surfaces and employed primary and secondary colour combinations on external doors and walls to enrich the visual experience for residents. Taut was a lifelong painter and his idiosyncratic use of colour divided him from his Modernist colleagues who freely expressed their antipathy. 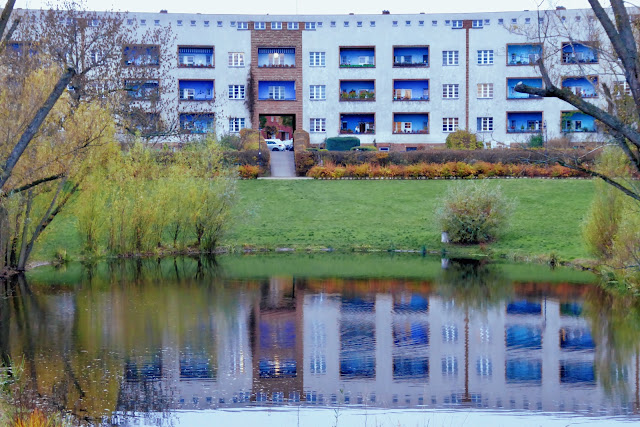 Taut’s building had its admirers in Britain and the St. Andrew’s Estate in Liverpool, designed by city architect John Hughes, followed the horseshoe form when built in 1935, although the textured finishes and bright colours of Berlin were not adopted. After 1933 municipal Socialism was dead in Germany and Taut’s colour innovations were rapidly expunged under the Third Reich. The buildings survived but were poorly maintained. Taut himself left Germany for Japan in 1933 and ended his career in Istanbul where he died in 1938 shortly after designing the catafalque for the funeral of Kemal Ataturk. Since 2008 the Hufeisensiedlung has been a meticulously maintained part of a UNESCO World Heritage Site known as Berlin Modernism Housing Estates. 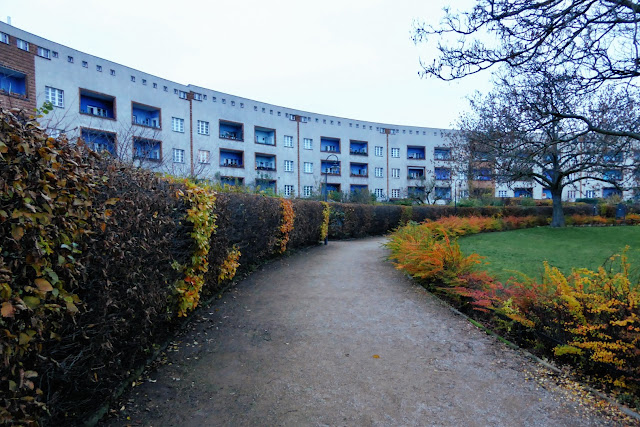 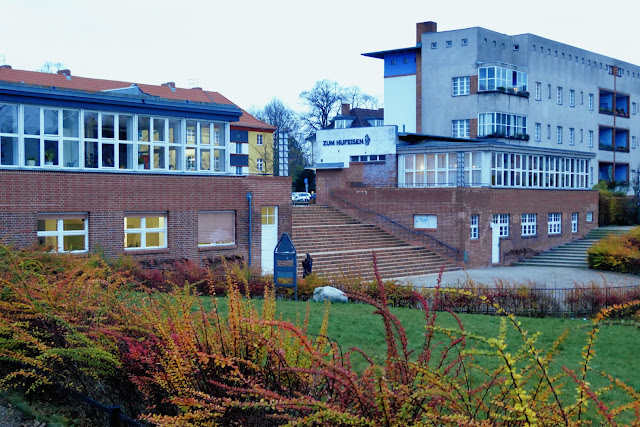 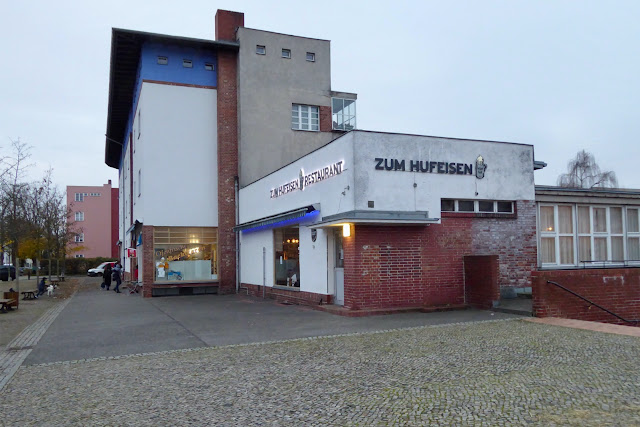 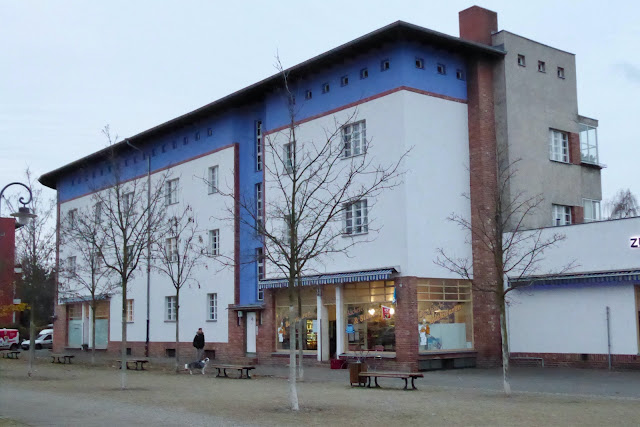