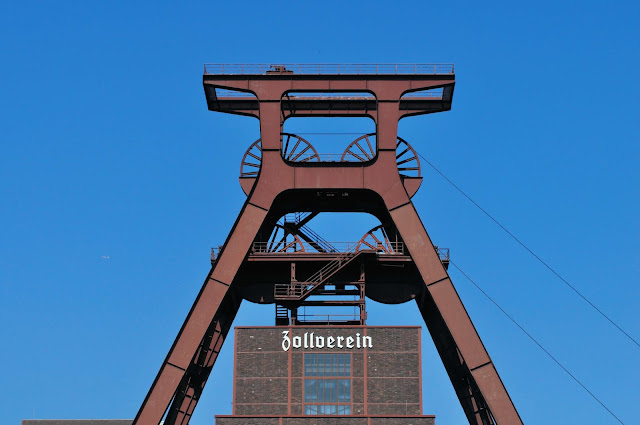 One of the star attractions of the Route der Industriekultur (Industrial Heritage Trail) in the Ruhr is the Zeche Zollverein in Essen - a carefully preserved colliery and coking works designated a UNESCO World Heritage Site in 2001. Coal mining on this site goes back to 1851 but the principal shaft and associated buildings date from 1932 and were designed by industrial architects Fritz Schupp and Martin Kremmer in a style that’s often described as Bauhaus, although the term Industrial Rationalism may be more accurate. In its rectilinear brick built forms and its symmetry it seems to have more in common with the functionality of Albert Kahn’s work in Detroit than with the formal purity of Mies van der Rohe although there is some affinity with the Fagus factory design of Walter Gropius. The massive forms of the pit head buildings with its trestle shaped winding gear and coal washery are handled with great confidence and contrasted with the angular presence of enclosed conveyor belts that criss cross the site. Highlights of the coking works include the skeletal remains of cooling towers and spectacular reflections of the coke ovens in the vast cooling reservoir. 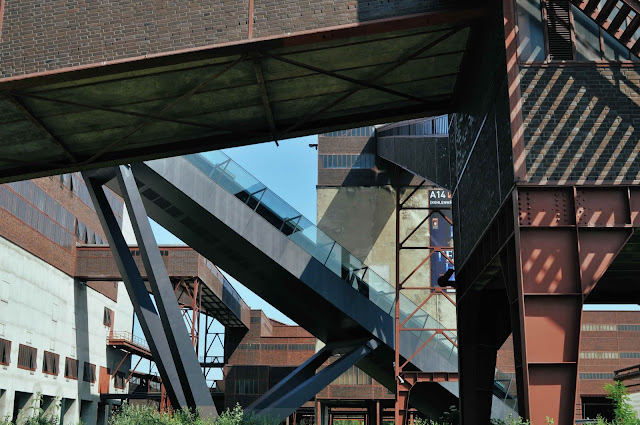 In 1937 just under 7,000 workers were employed in the mine and coking works. Almost undamaged by the war, the Zollverein was Germany’s most productive coal mine in the 1950s, yet by the end of 1986 it was closed. Six years later the coking plant closed down after many decades converting waste gases into such delights as ammonia, tar and benzine. Local pride in the region’s industrial past inspired the city of Essen to acquire the site and transform it into a visitor attraction without compromising the ravages of industry - making it accessible while preserving its industrial character. Architects OMA with Rem Koolhaas delivered the masterplan which took a decade to implement, finally concluded in 2010. Included in the plan were museums of local industry and industrial design. It’s an extensive site and a thorough exploration could easily take all day for those with an appetite for the strange and wonderful forms of industrial processes. Those with deep pockets can assemble a scale model of the complex on a table top at home by shopping online at Minitrix and purchasing all 3 components. 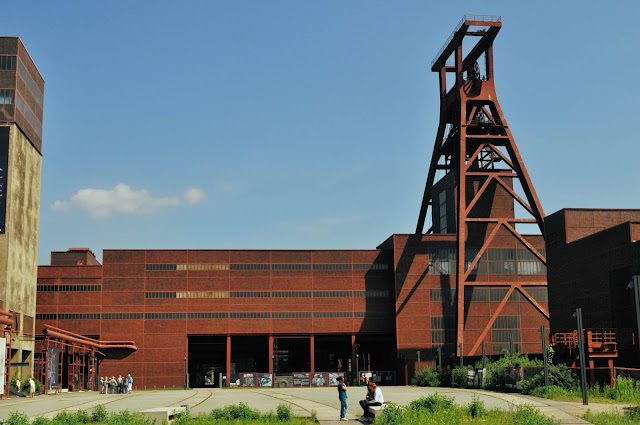 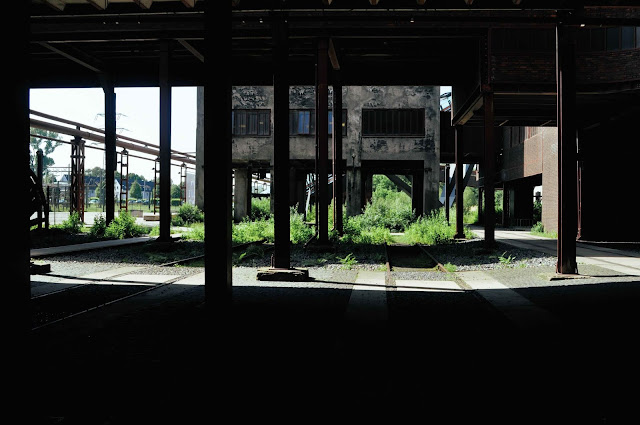 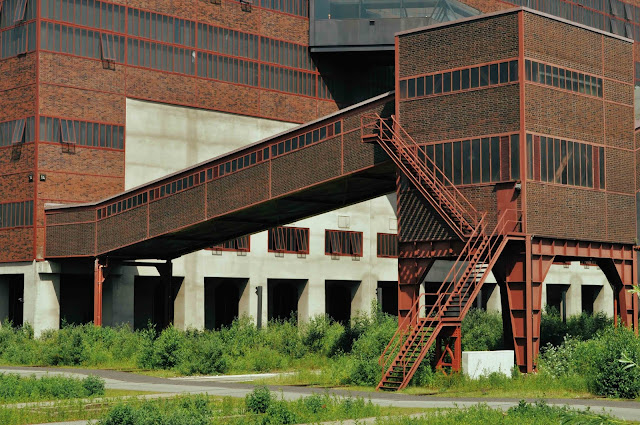 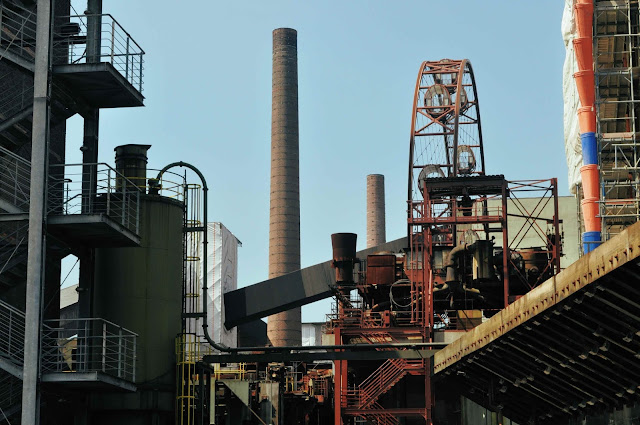 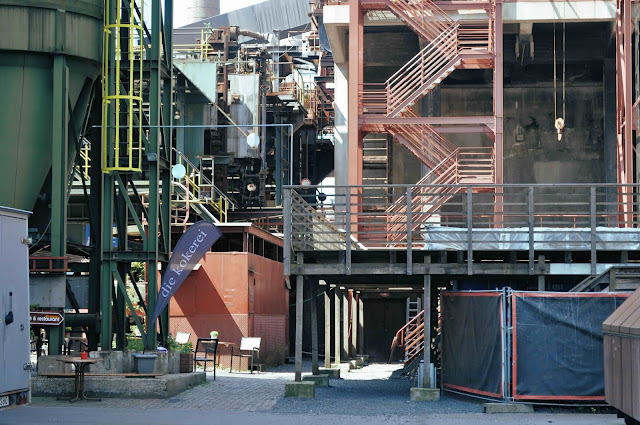 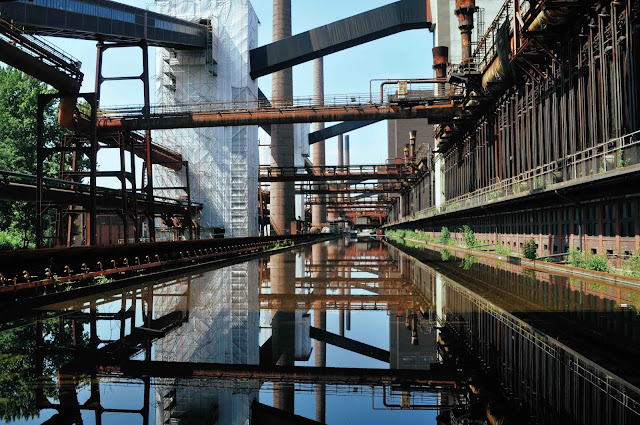 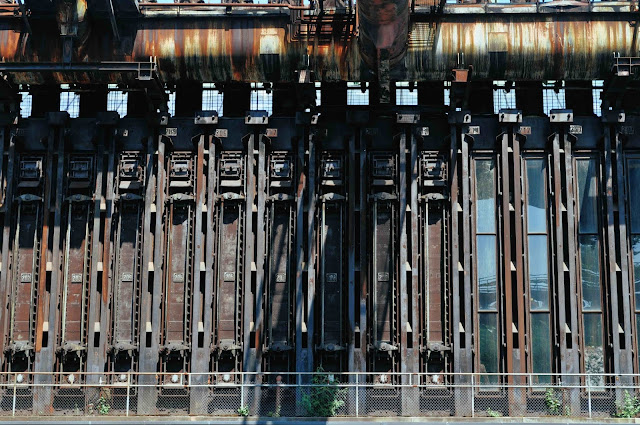 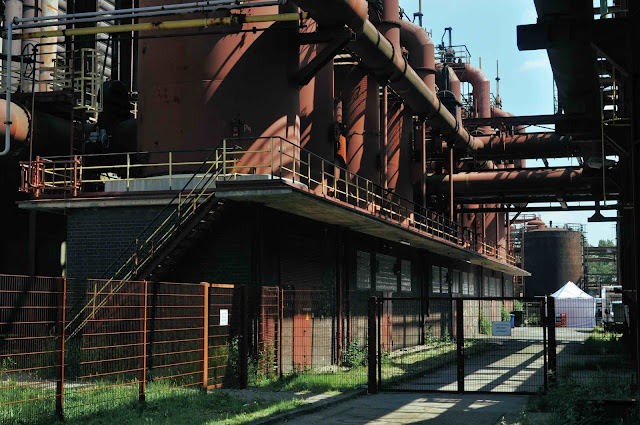 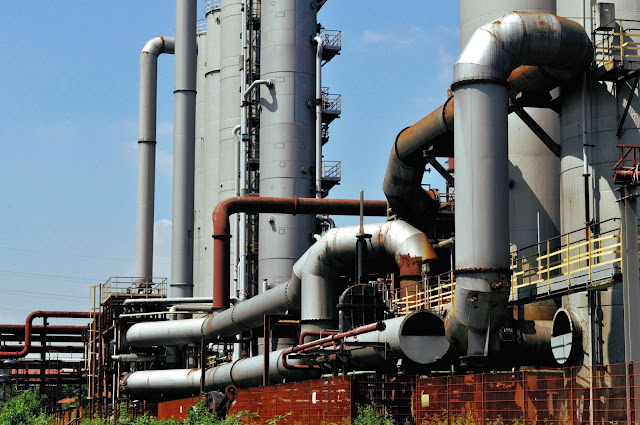 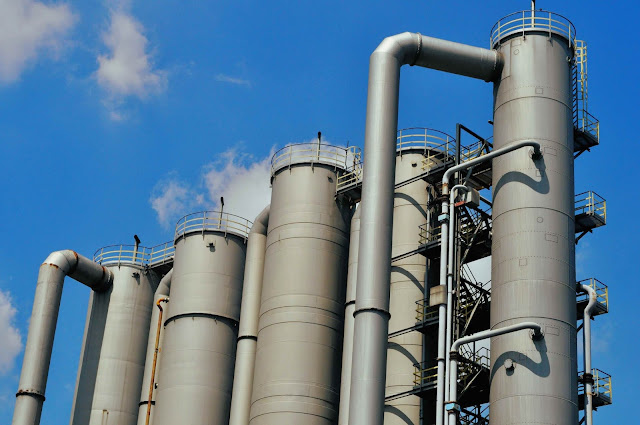 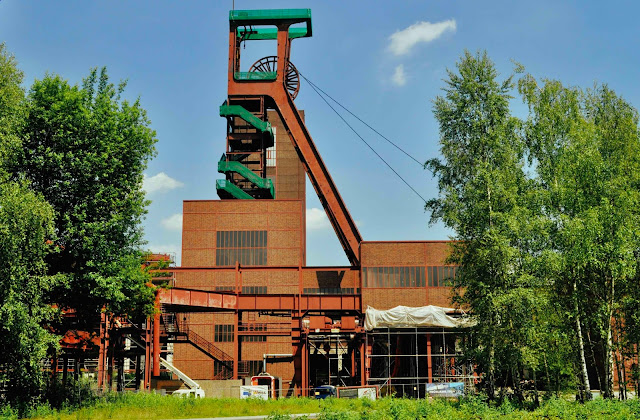 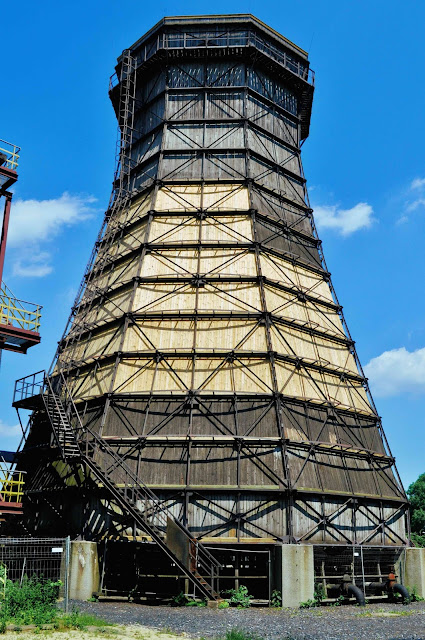 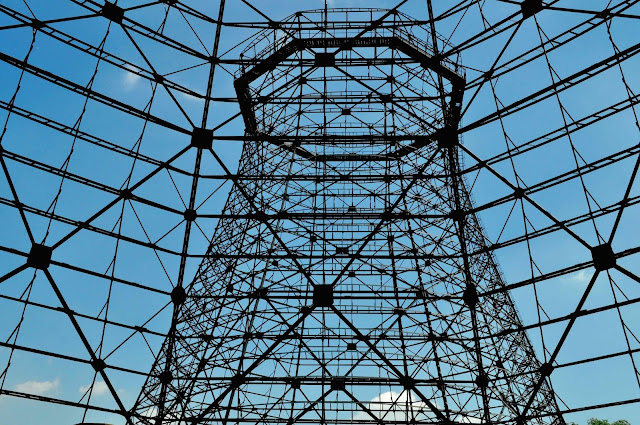 Great photos and informative commentary. I have always been interested in the work of Bernd and Hilla Becher and I expect they photographed the pitheads at some point...will check later on. I also have noted whilst travelling through the Ruhr that there are often other much smaller installations which are preserved. They look 'old', but are coated in a green paint - like a pale oxide green - the colour of weathered copper. Thanks for posting this information on Essen Zollverein, much appreciated.

Thank you for your kind comments. At the Landschaftpark in Duisburg (highly recommended) there's a great outdoor display of poster sized reproductions of photos by the Bechers.

Thanks for this Phil. When I am free to travel (Covid restrictions willing) I am going to France and to get there Duisberg is where I cross the Rhine. I will check this out. I live in Sweden not UK.
May I ask you a personal question?..well I'm going to anyway...were you once a student at Chelsea School of Art?

Yes I was a first year painting student in 1969. I was in Jeremy Moon's studio. John Hoyland used to 'visit' and he suggested trip down to the PG studios. There was a crit/ debate we were invited to 'observe'. It was you, John Murphy, Peter Waldron and this is insecure...Jennifer Durrant....?
I loved it. Great times, great art - so many very talented people. I did not get the debate at all...the language was intelligible to me. But I got talking to another student there, Michael Porter, and we have been close friends ever since.

I'm impressed by your detailed recollection! A lot of (metaphorical) blood was shed in those sessions. John Hoyland, though amusing could be quite brutal but he was often right. Jeremy M employed his legal training and his analyses were always acute. But very supportive. There was a student named Jennifer but she wasn't Jennifer Durrant who went to the Slade I believe. John M and Pete Waldron were close comrades, John still active and exhibiting and last I heard Pete had a home in Greece where most of his time was spent.

Chelsea was a great formative experience (at the taxpayer's expense) and I absorbed an immense amount, not all of it art-related. I only wish that today's young people had the same level of support as we enjoyed. It's to our collective shame that it was our contemporaries who deprived them of these opportunities.

Hope you enjoy your exploration of Ruhr when you finally get the chance.

I agree wholeheartedly with what you write Phil. I 'retired' from teaching in 2017. I was at Bath Spa University for nearly 30 years and University of East London for 20. A 50 year stint. In that time I witnessed the emergence of a consumer based business model totally unsuited to university education - especially in Bath. UEL was more unionised and resistant. Yeah I'm looking forward to travelling again. It's been great to communicate with you. Although I never met you at Chelsea, (I am just wondering if it was you who saw me making a construction in Stan's workshop and said...'how much fucking wood do you need, man'.) However, I always liked the work being done in that front window studio space...large scale, ambitious work. All the best,
Ed