A Bridge in Time 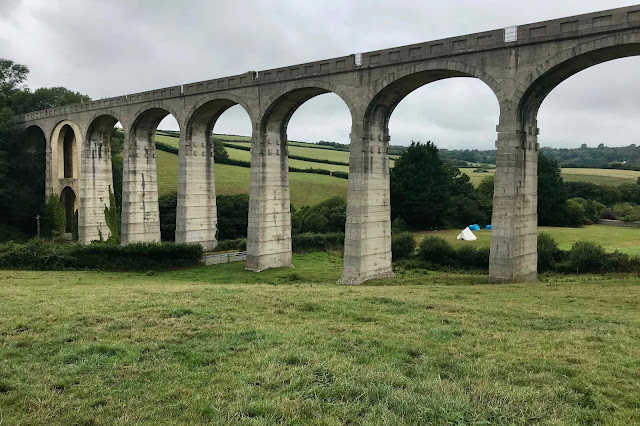 Cannington Viaduct bridged the only significant valley on the deeply rural route of the Axminster to Lyme Regis railway that opened in 1903 and closed in 1965 - it has been out of use for 55 years. It needs major remedial work to make it safe and in the 1980s British Rail offered it for sale at a price of £1 to anyone prepared to pay the cost of repairs. No buyers came forward and a plan was made to demolish the structure.  This plan was abandoned when Historic England designated the viaduct as a Grade II listed building in 1984 since when it has lingered on - valued for its contribution to the landscape but bereft of an economically viable future. 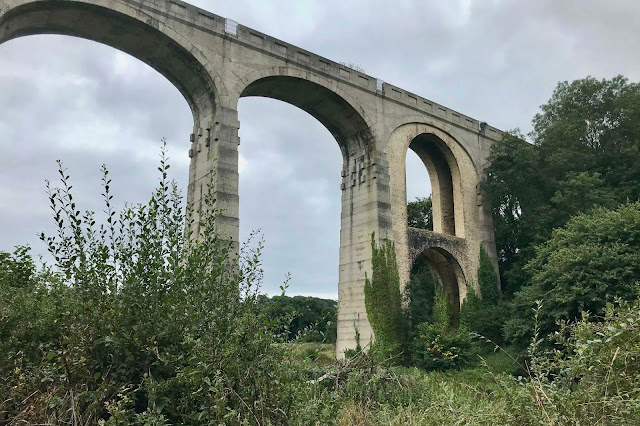 During construction, part of the viaduct slumped due to subsidence and had to be reinforced with the insertion of brick infill.  As a result there’s an unusual but minor switchback on top of the bridge.  Most of the trackbed of the railway was sold soon after closure which makes it difficult to include the bridge as part of a public footpath and given the delicate condition, public access is not allowed.  An unauthorised incursion via the tall (unlocked) metal gate revealed a clear path through much dense, aggressive undergrowth of gorse and bracken. Surprisingly, there’s clear evidence that livestock have meandered on to the bridge.  Only the most determined explorer, equipped with serious cutting gear would have any chance of breaking through the wall to wall undergrowth that forms at the halfway point and reach the other side.  There are fine views across East Devon, north towards Uplyme and south towards Shapwick, although the tall concrete walls make them difficult to obtain. 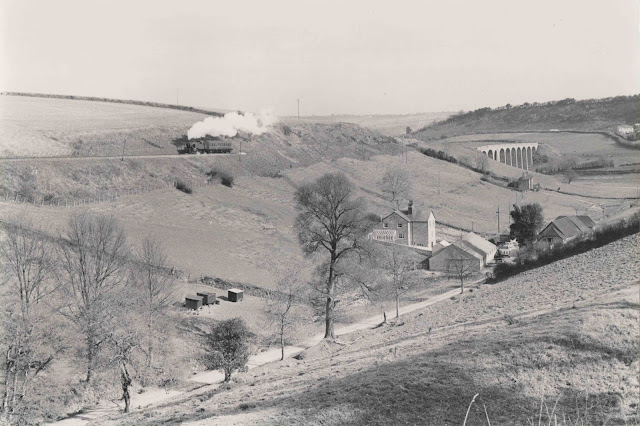 The black and white photograph above is scanned from an original print made by Devon-based railway photographer, Peter W Gray, who was exceptionally good at recording the passage of trains in the landscape.  The train, made up of a single carriage, has just crossed the viaduct on its return journey to Axminster on February 27th. 1965. This branch line was always a lost cause, only holiday traffic kept it going. Out of season it served a vanishingly small population - the only interim station, Combpyne, was over a mile down a narrow lane from the modest village of Rousdon.  Freight traffic was limited to the occasional cattle or fertiliser wagon. In other parts of the country, lost railway lines with much less to offer have been reborn as heritage railways but the circumstances were just not right for this scenic but resolutely unviable railway. 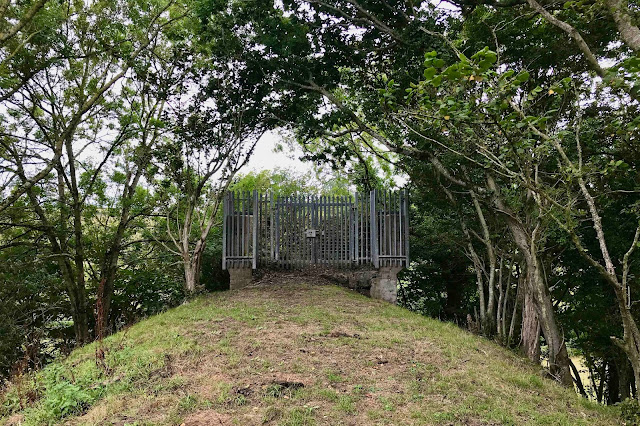 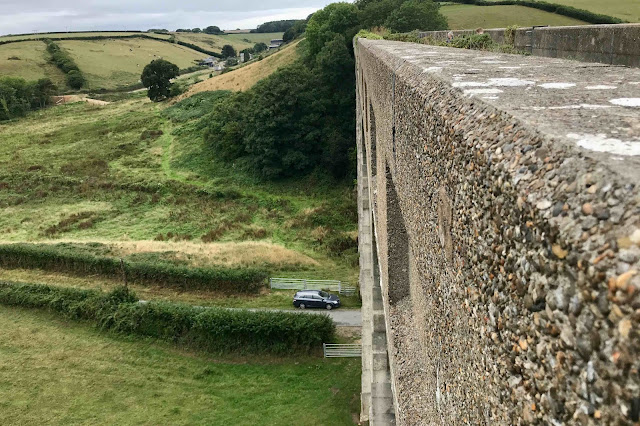 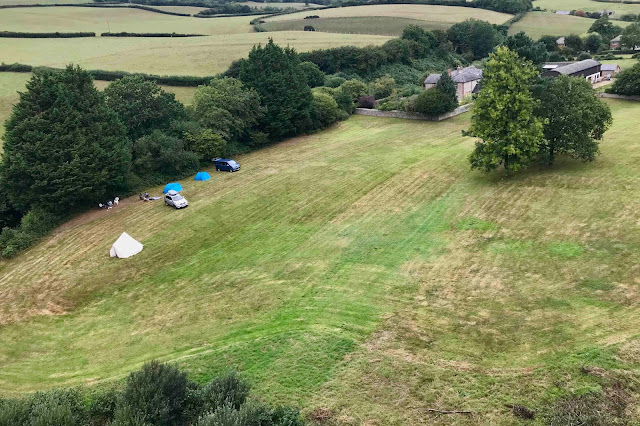 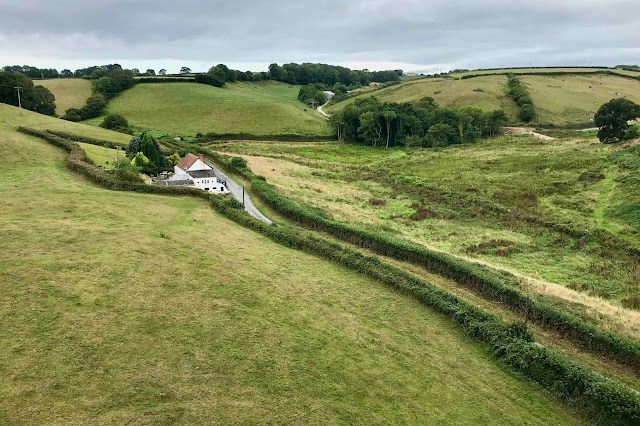 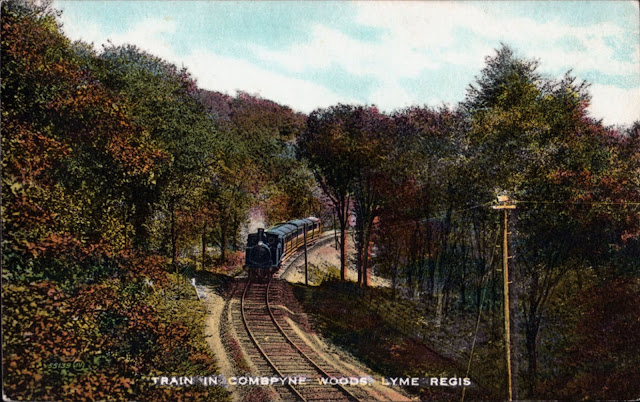 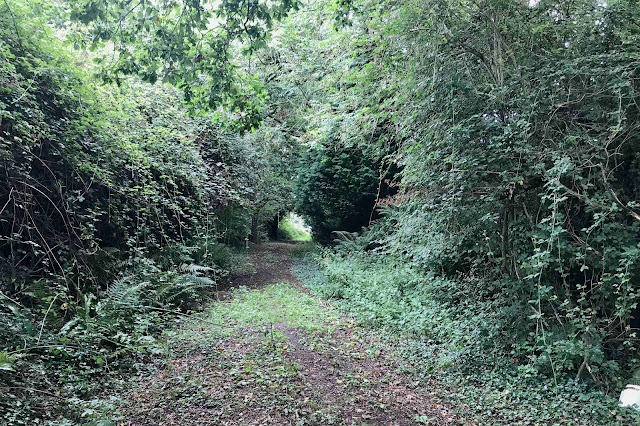 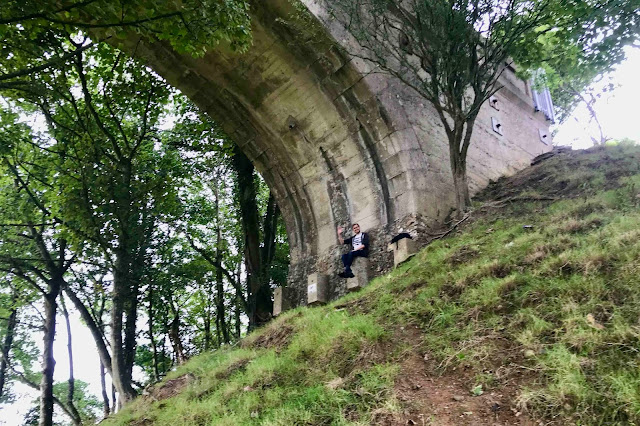