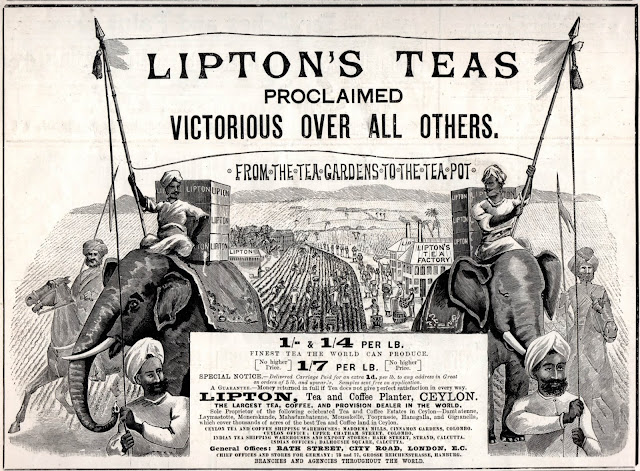 Following up a post from July 2007 - more examples of postcards publicising the availability of Lipton’s Tea.  Lipton made full use of traditional iconography of imperialism - a team of Indian elephants advancing to market escorted by exotic turbaned outriders. Lipton’s plantations in India and Ceylon formed an empire within an empire with a workforce of tens of thousands toiling in the fields and factories to ensure the British public was supplied with all the consolations of a nice cup of tea.  Tea drinking became embedded in the soul of Victorian Britain and to meet the ever increasing consumer demand the industry mechanised the processing and packaging to cut costs while promoting a branded product with forceful advertising campaigns.  Picking the tea was done by hand and Lipton’s took pride in offering visual proof of the scale of their operations.  Enormous crowds of anonymous labourers were rounded up in front of the camera - some were deployed in formation to spell out the hallowed name of Lipton. The British obsession with tea came at a heavy cost to the environment as vast areas of forest in the Nigiris and Assam were scoured to make space for tea cultivation, destroying the indigenous wildlife in the process.  The human cost could be seen in the deplorable working conditions and starvation wages paid to the native workforce. Throughout the Victorian era and into the 1930s, virtually all the tea production  was exported to Britain. Only when the price of tea slumped on international markets did it occur to British producers that there was an Indian market ready and waiting on the doorstep.  Which explains how tea drinking became an Indian obsession every bit as compulsive as that of the British. (Inglorious Empire: Shashi Tharoor) 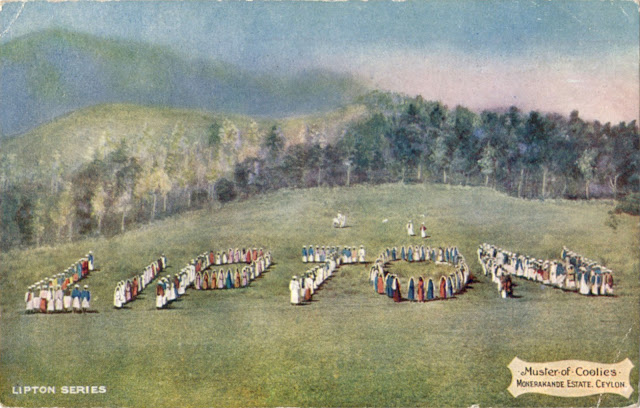 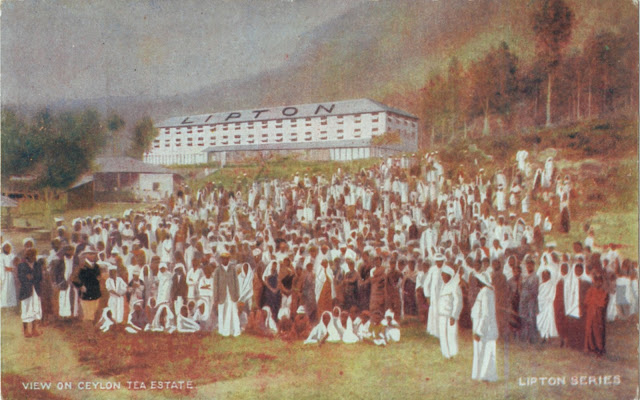 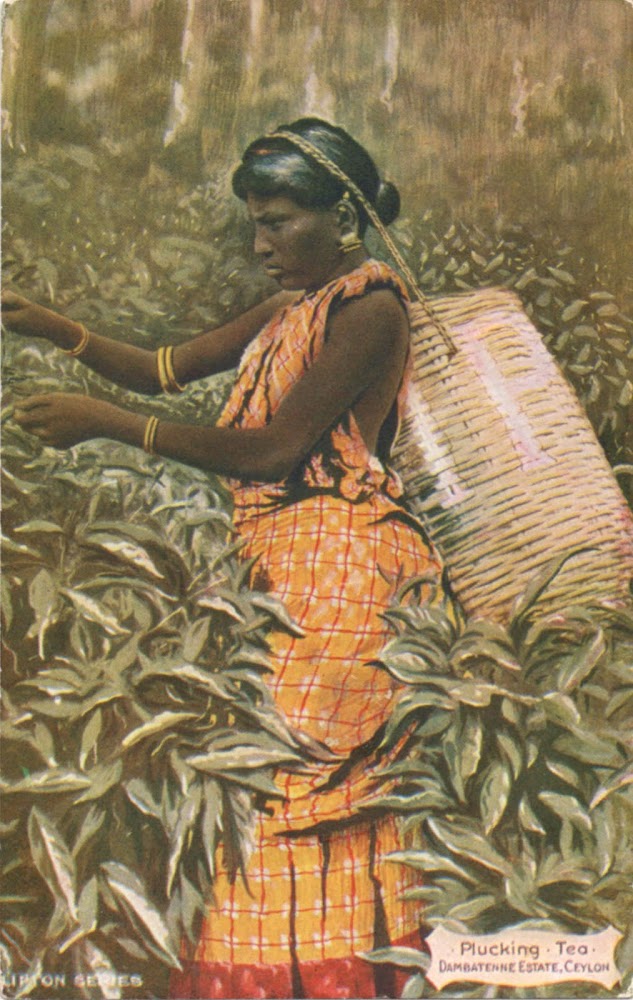 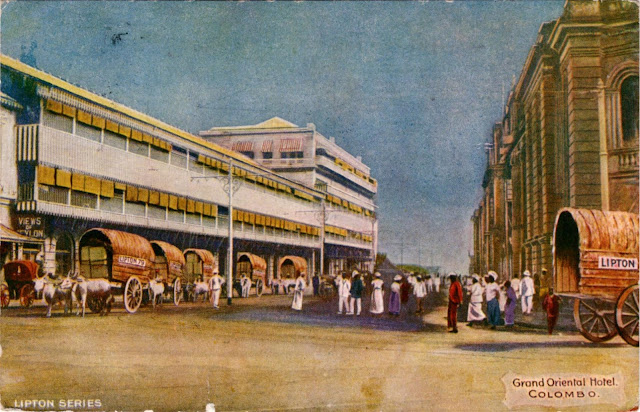 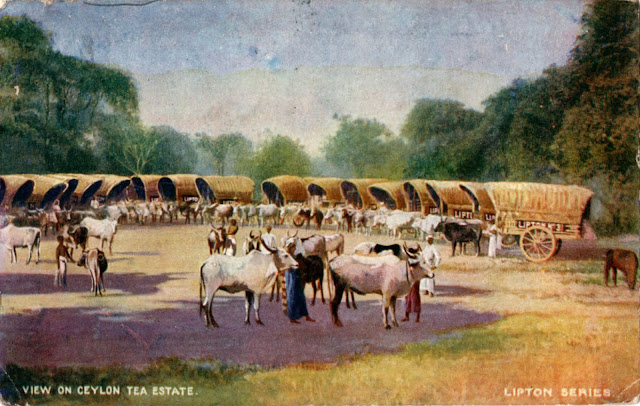 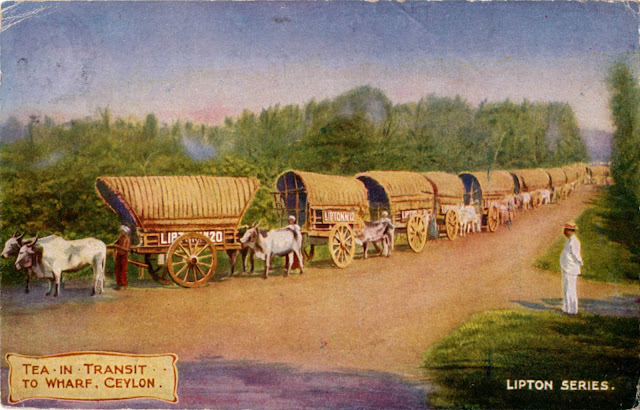 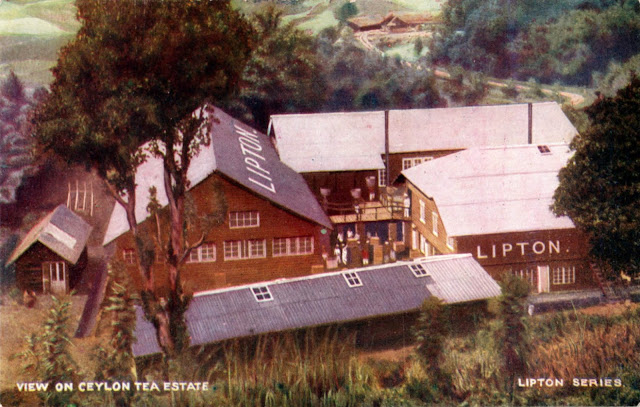