Postcard of the Day No. 101 - Aquatic Frolics in the Wannsee 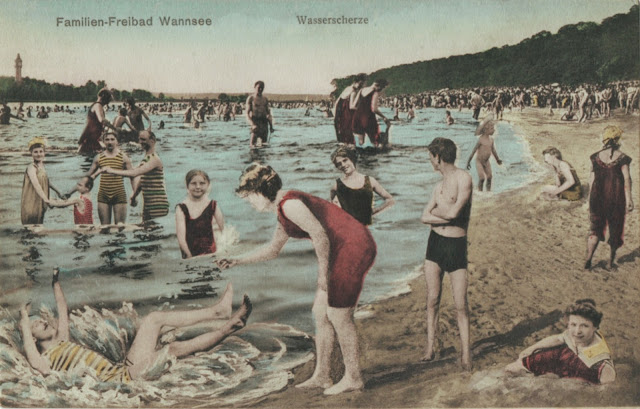 The normal relationships of scale we would expect to see in a spatially coherent composition are not to be found here in this postcard image of the Wannsee in Berlin. It’s more of a collage than an integrated image in which incongruities of size and disposition undermine our ability to fully conceptualise the visual (mis)information. It’s a paradox that German postcard producers famous for exacting high standards of printing should produce clumsy, slapdash assemblages of clip art in such numbers.  That apart, it must be conceded they are not without a certain naive charm. 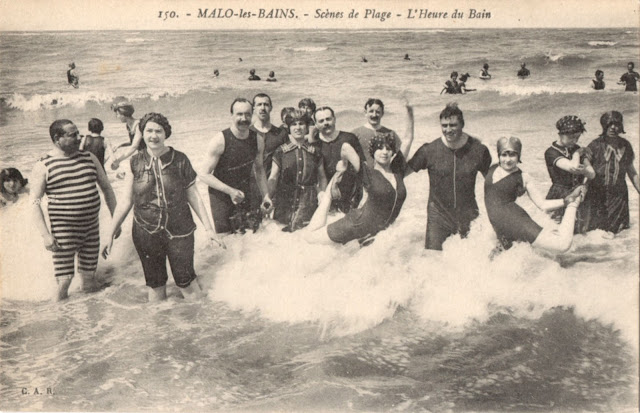 The Wannsee is a recreational and bathing centre located in the south western suburbs of the Berlin,  popular with city residents. The distinguished artist Max Liebermann built himself a lakeside country home in 1909.  In 1930 the influential silent film People on Sunday was filmed there. Later, in 1942 the Wannsee Villa hosted a gruesome gathering of Nazi bureaucrats, presided over by Heydrich and Eichmann with the aim of finalising arrangements for the Final Solution. 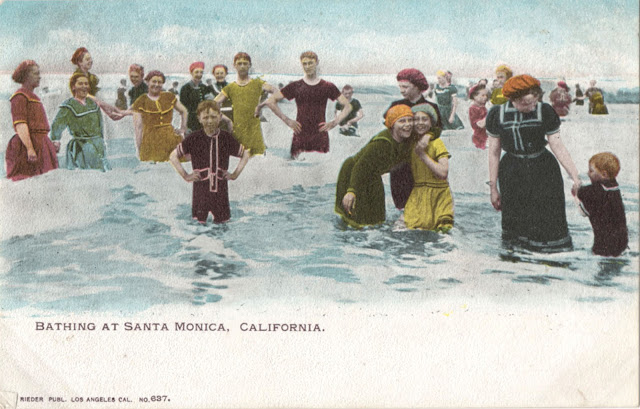 In Malo-les-Bains the photographer has captured a remarkable instant of documentary realism. The eye is drawn to the right where a Burt Lancaster lookalike embraces a pair of athletic bathing belles. In the centre a group of mostly moustachioed males try with varying degrees of success to join in the celebratory mood. On the left is a living caricature of rotundity, his ample contours amplified by the unflattering horizontal stripes that protect his modesty.  A few more examples of immersion or part-immersion follow.  None are from the UK - Brits were reluctant swimmers in this era, preferring to congregate, bare foot but fully dressed, on the tideline, with sullen and disconsolate stares directed at the cold grey sea that surrounds their sceptred isle. 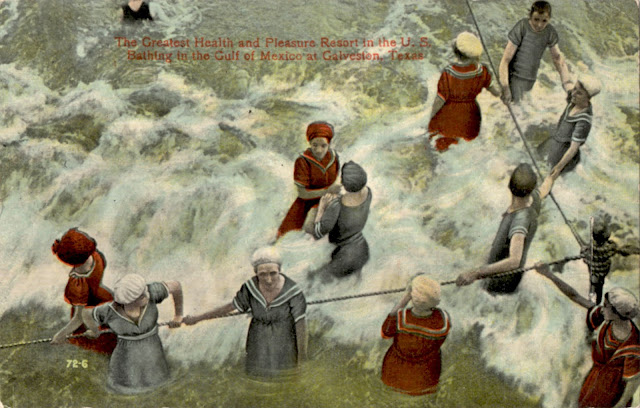 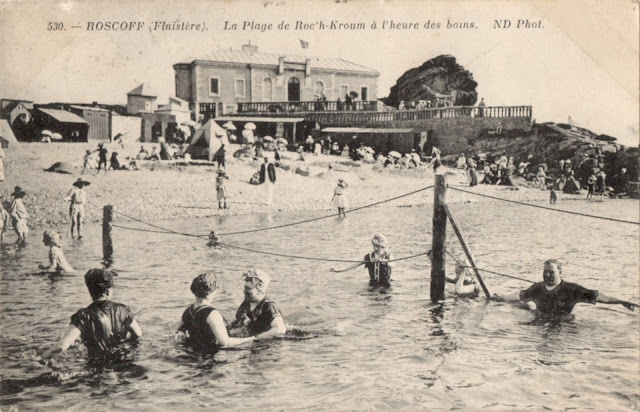 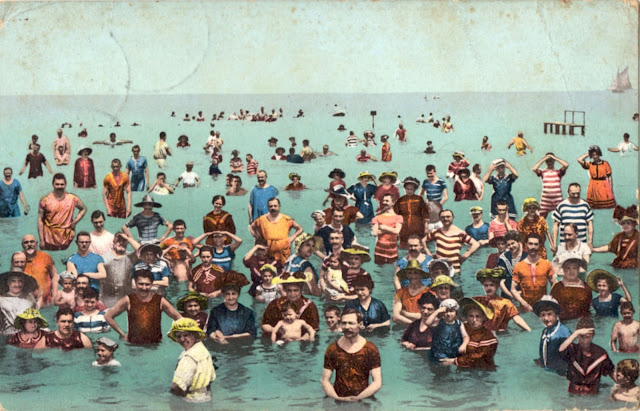