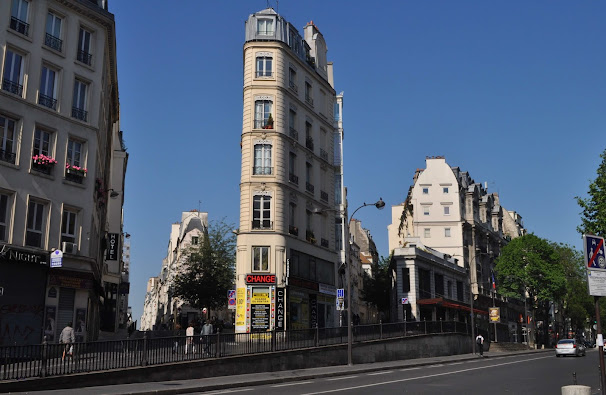 This tall and slender Parisian corner building is wedged into the space between rue de Cléry and rue de la Lune at the junction with Boulevard de Bonne-Nouvelle.  The photo was taken from the corner of rue du Faubourg Saint-Denis on the opposite side of the boulevard.  The lower floors of the corner building are visible in the vintage postcard view below - based on a photo taken from the same location at a slightly different angle.  The streetscape is little altered in over a hundred years although the proliferation of advertising (LU Biscuits being the most prominent) and signage has been much reduced.  The second photo was taken from rue de Cléry and offers a sidelong glimpse of the triumphal Porte de Saint-Denis hemmed in by surrounding building - it’s a great example of the visual pleasures to be found when exploring side streets of modest distinction but possessed of wonderful sightlines. The last two postcards reproduce the scene from the corner of rue de la Lune where the view of Porte Saint-Denis is uninterrupted.  Two decades separates the postcards, the monochrome example being the earlier.  Brioche de la Lune continued to be available from the Patisserie du Soleil but these formerly elegant premises today stand boarded up and empty. 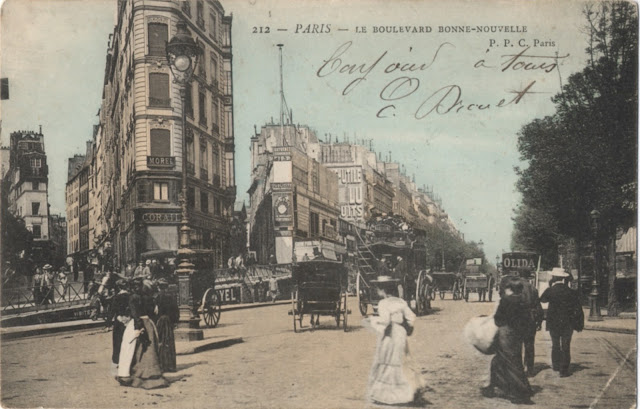 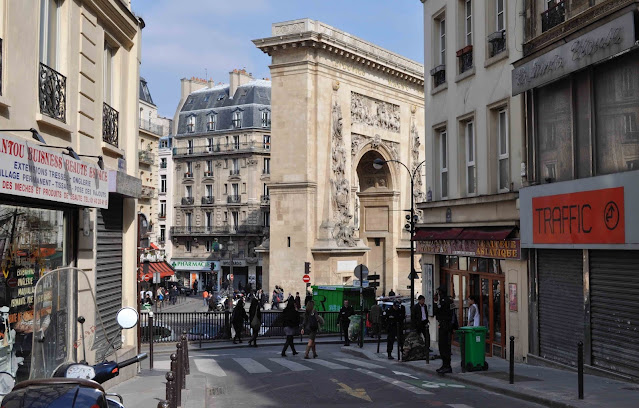 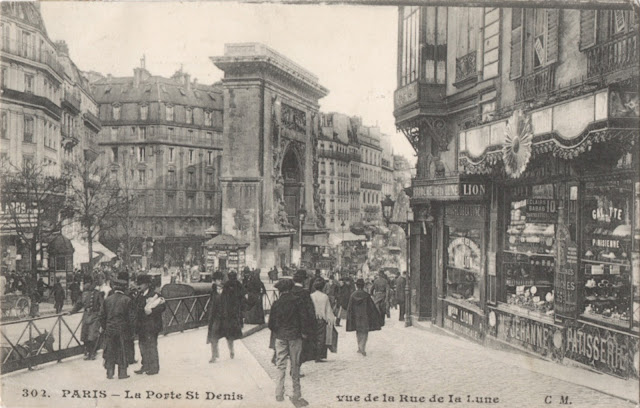 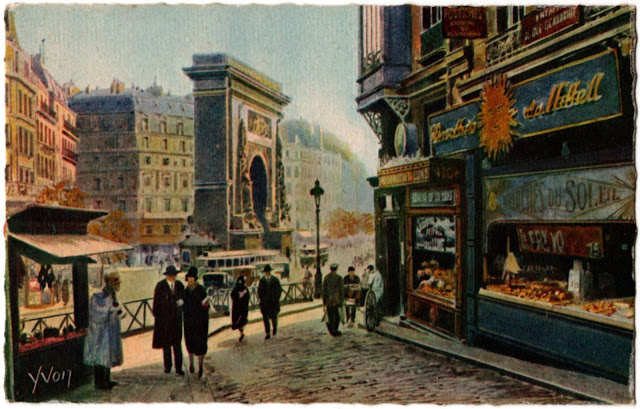 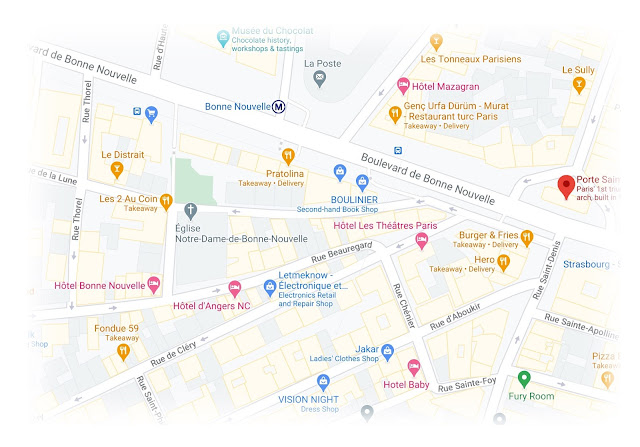