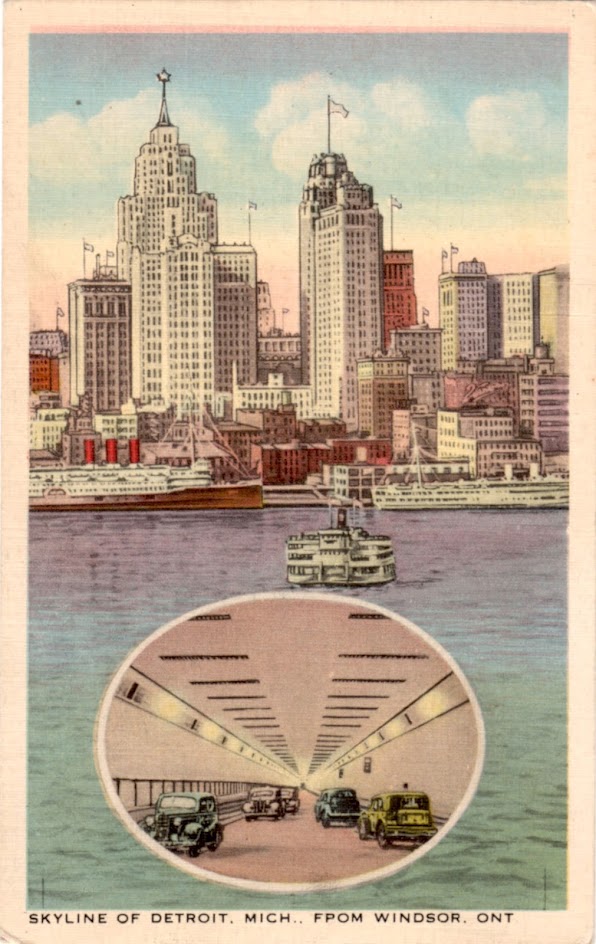 There are two ways to drive from Detroit in the US to Windsor in Canada. The most favoured route is across the Ambassador Bridge (1929) that sails high above the Detroit River that separates the two nations. An alternative route is via the Detroit - Canada Tunnel (1930) - a southbound journey through an immersed tube just short of a mile in length.  Detroit is by far the larger of the two cities and some of these postcards underline the point. One shows the imposing Detroit skyline with a graphic representation of the tunnel approach while another depicts the tunnel in cross section with the humble cluster of low-rise buildings on the left, contrasted with the magnificence of Detroit on the right. Both postcards of the tunnel interior are focused on the mystical point where two countries meet at a subterranean border. Last is a dingy card view of the tunnel entrance on the Canadian side in a depressing setting between two barrack-like hotels. Not much improvement since by the look of the Streetview image. 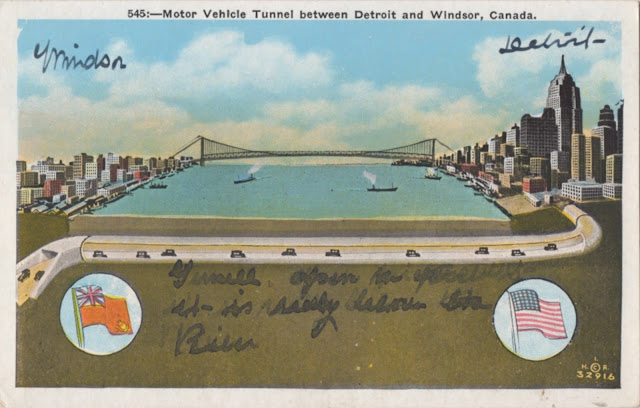 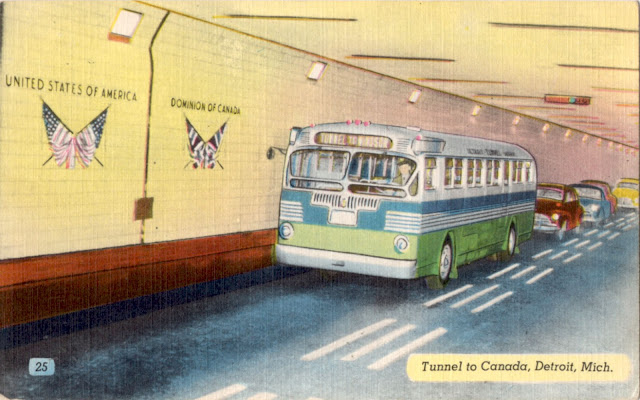 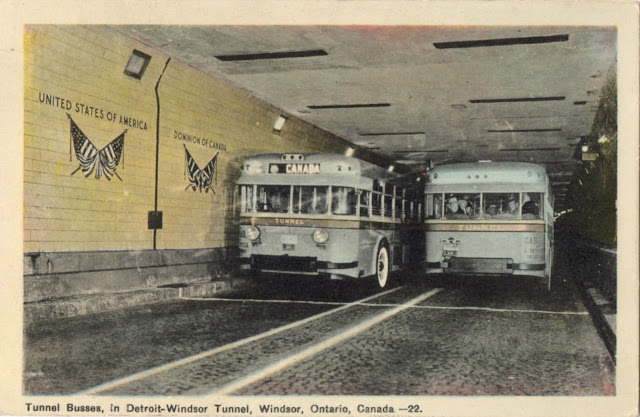 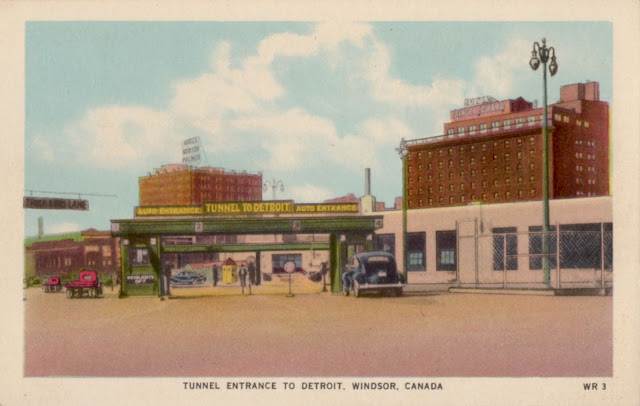 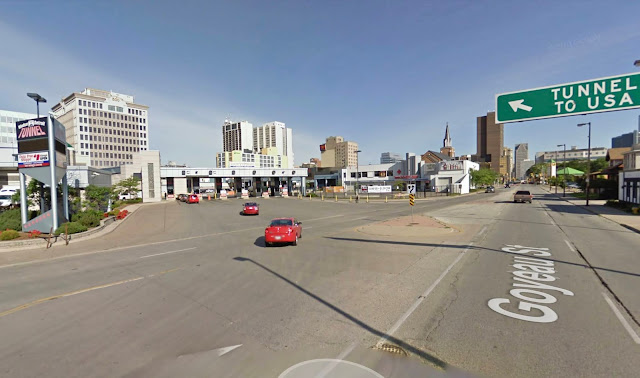