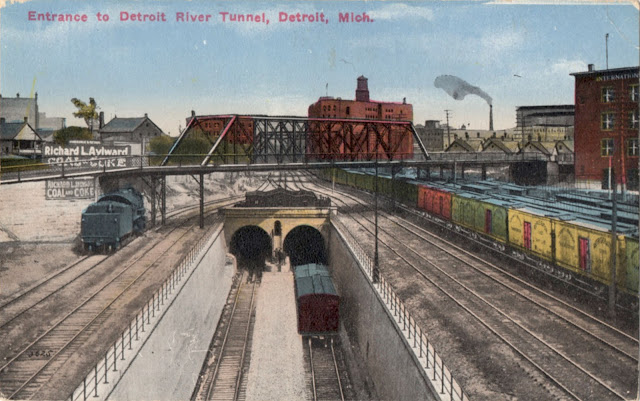 For twenty years before Detroit was connected to Canada via a road tunnel, the only physical link was a rail tunnel built in 1909-10 by the Michigan Central Railroad. It was clearly a thing of wonder given the variety of postcards recording its scenic attractions.  There’s a certain spatial complexity with a tunnel portal located beneath an over bridge with busy tracks on either side, but hardly enough to make it a place of pilgrimage. Freight trains still run through the tunnel which is now owned by the Canadian Pacific Railway although the surrounding infrastructure has largely disappeared leaving a wasteland with even less to commend it.  According to Wikipedia the area is now extensively patrolled by Homeland Security, the Detroit Police and railroad security agents. More to follow on the city of Detroit. 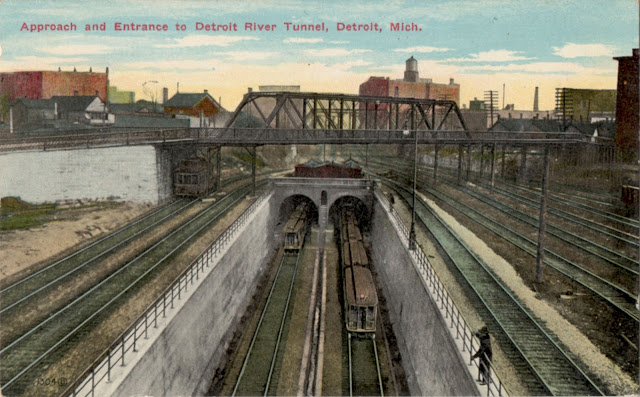 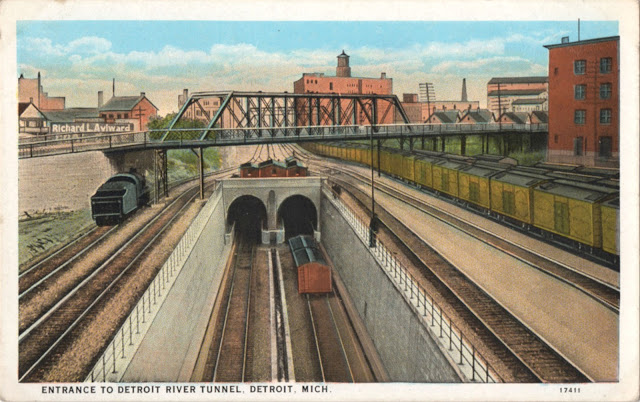 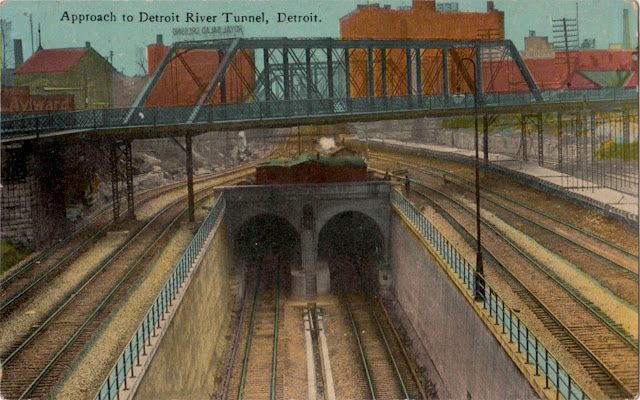 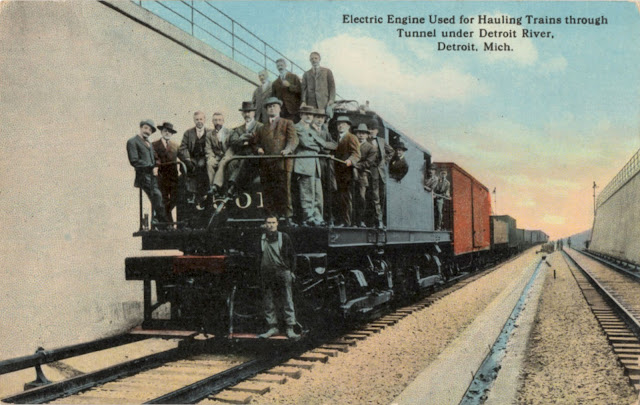