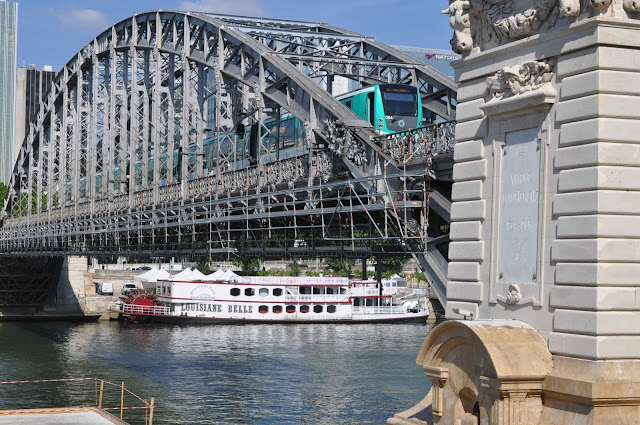 While most Paris Métro lines (with the notable exception of line 6) burrow underneath the Seine, line 5 crosses over the Seine between Quai de la Rapée and Quai d’Austerlitz by courtesy of the graceful Viaduc d’Austerlitz, a single arch steel bridge built in 1904, slender in appearance but rich in decorative ironwork.  On the north bank the bridge approach is via a curving steel ramp that lifts the tracks to the required height. At the other end the bridge extends over the Quai d’Austerlitz and the roadway before plunging into the roof space of the Gare d’Austerlitz - the only terminal station in Paris where the Métro platforms are situated above the station rather than safely interred beneath.  The view from downstream includes glimpses of the clock tower at the Gare de Lyon and the offices of RATP, the nerve centre of Parisian public transport.  There are houseboats tied up alongside the Quai d’Austerlitz - in an early series of The Spiral, the stocky figure of the eternally compromised Gilou (aka Escoffier) could be seen there, going aboard for a critical meeting with an organised crime boss to whom he would offer his services as an informer from inside the police. 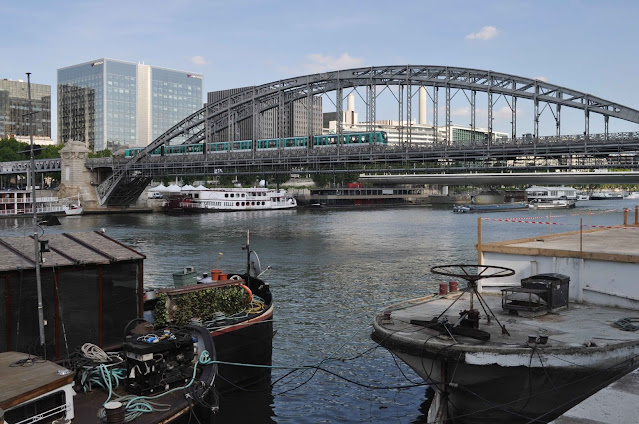 Jean-Camille Formigé (1845-1926) designed the bridge with the engineer, Louis Biette. Formigé is no household name but he left a distinctive mark on the city around the turn of century.  He designed the Pont de Passy (1905) and the extended viaducts that supported Métro line 2 on its aerial sections through northern Paris. His taste for decorative moulded reliefs can be seen on all these structures. The nautical themed coat-of-arms for the City of Paris with its anchor and trident, is stretched and extended and draped with fronds of seaweed and undulating fish, then repeated at intervals across the Viaduc from the main arch to the balustrades.  Robustly carved bulls’ heads surmount the stonework of the massive abutments to amplify the sense of structural strength. 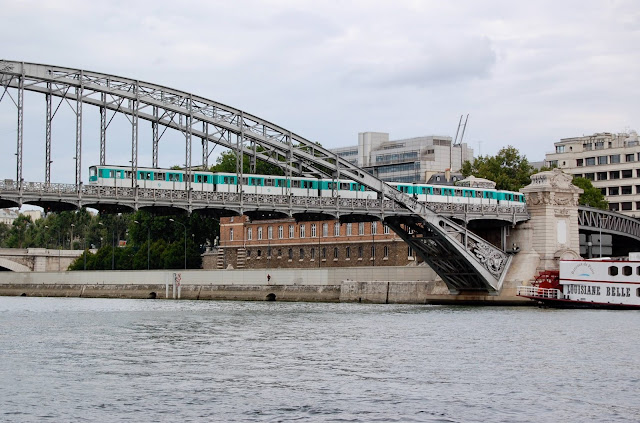 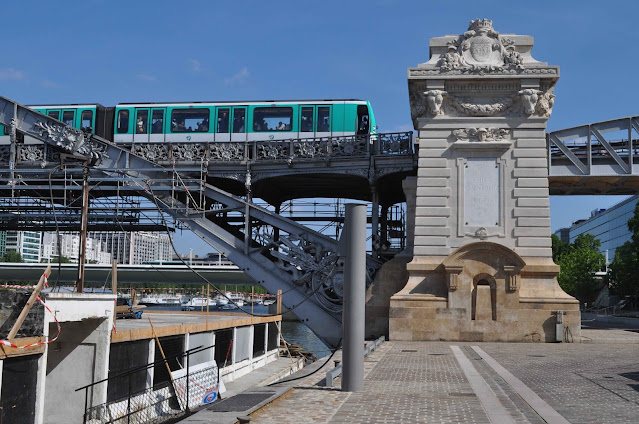 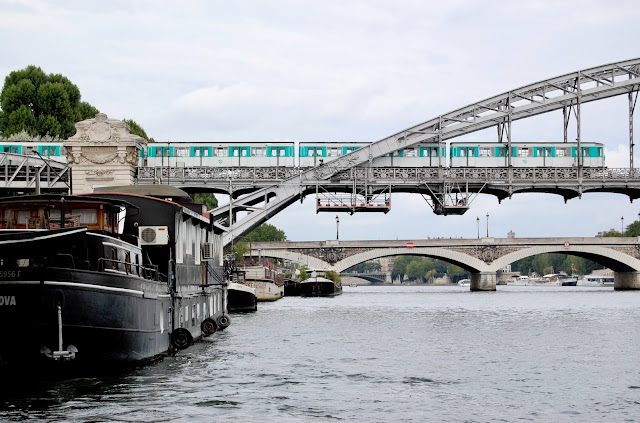 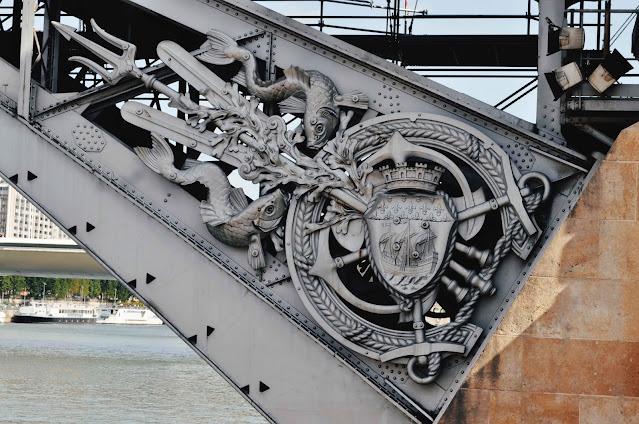 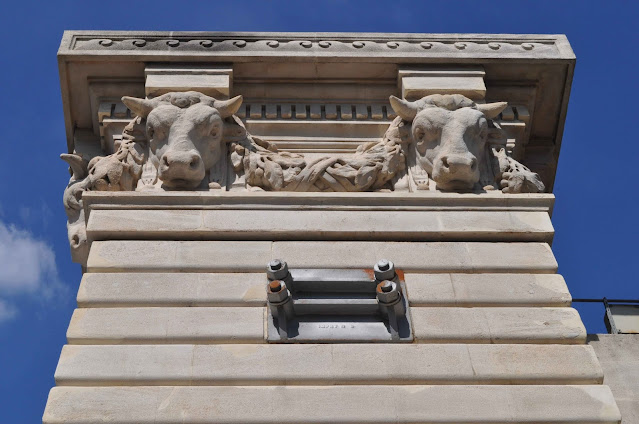 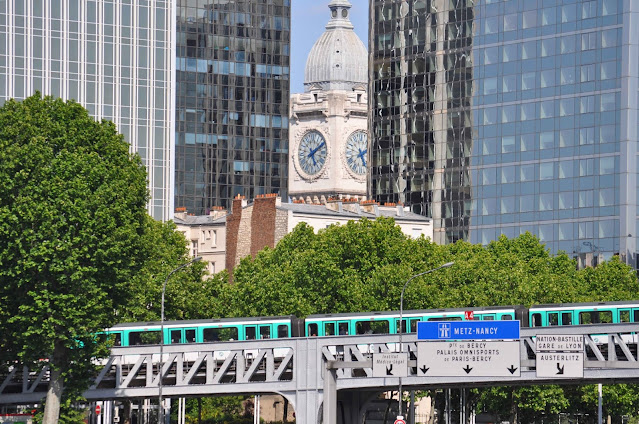 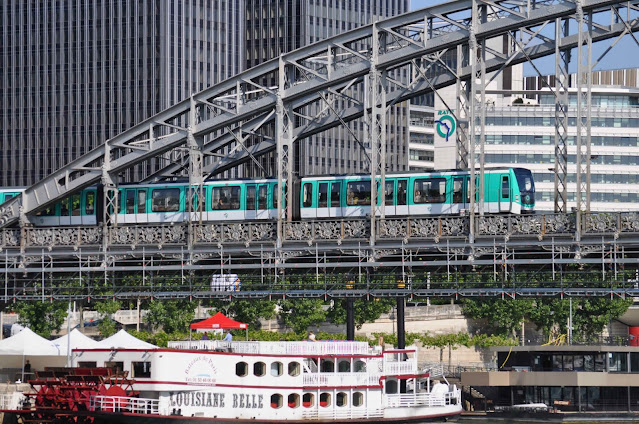 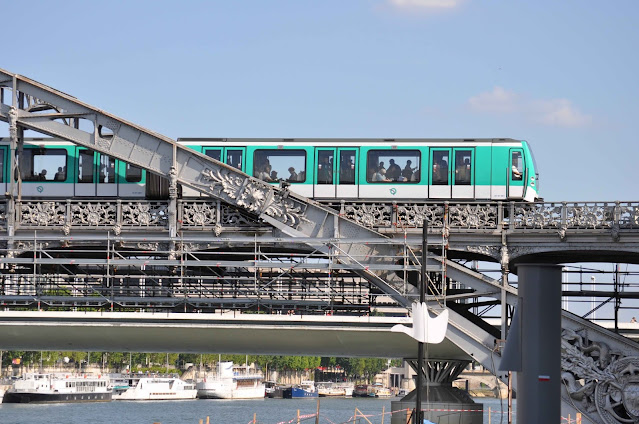 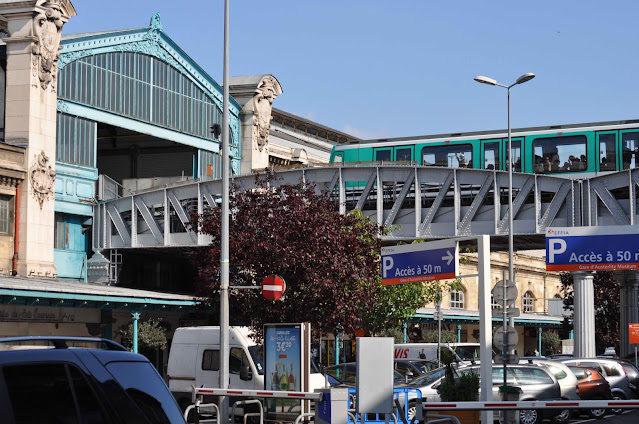 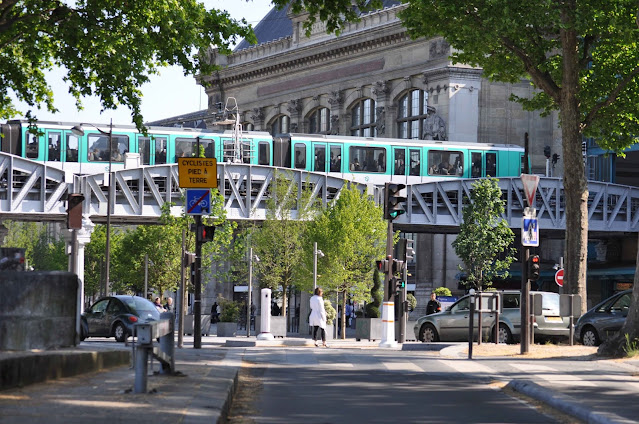 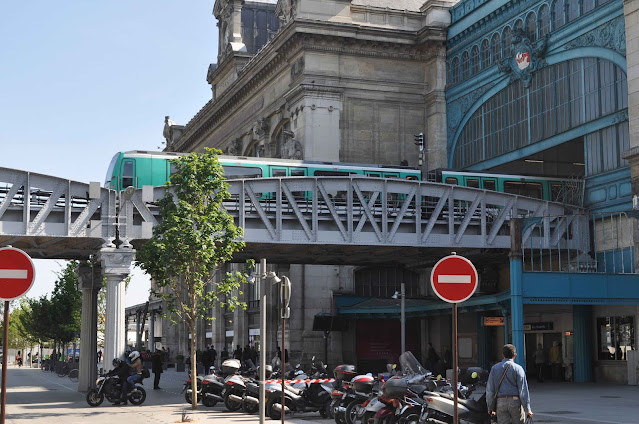