Postcard of the Day No. 105, Paris - Halles Centrales 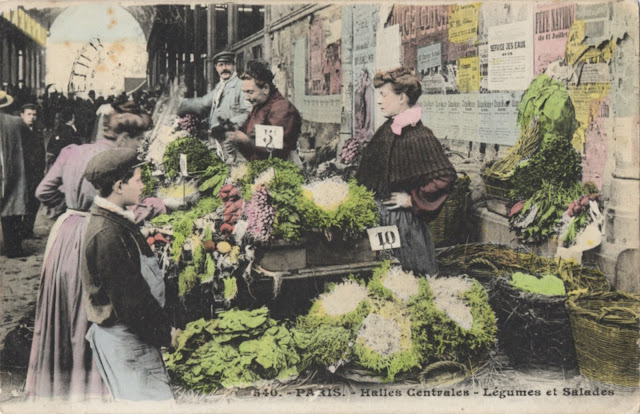 Few districts of Vieux Paris have been so frequently romanticised as Les Halles, the city’s produce market that was unceremoniously demolished in 1971 and relocated to the suburbs at Rungis.  For more than a century the market was housed in a series of twelve interconnected glass and cast iron pavilions (designed by Victor Baltard) but in the era of the vainglorious Georges Pompidou these masterpieces from the age of cast iron architecture were all too easily swept aside in favour of a meretricious and soulless shopping centre that was so unloved that it had to be replaced in less than three decades.  The exuberant vitality that had inspired Emile Zola to write “Le Ventre de Paris” (1873) was lost forever. A significant working class population would be relocated and never again would the neighbouring streets resound with the noise of thousands of heavily laden trucks, trolleys and trailers battling for space - one of the great urban spectacles would be totally erased.  These were unnerving times for Parisians who sought to defend their city from the intrusion of grossly inflated modern development. To the south the 56 floors of the Tour Montparnasse were already rising out of the ground and in the west the high-rise blocks at La Défense were taking shape.  A vocal campaign to preserve the Baltard pavilions sadly failed thanks to the prevailing infatuation with ostentatious modernism on the part of the ruling Gaullist politicians.  Minor concessions were made in the form of enhanced outdoor public space (now the rather dispiriting Jardin Nelson-Mandela) but the scheme progressed largely unamended. The black and white photographs were taken on a trip to Paris in 1974 when it seemed there would be no end to the excavation that had followed the ignoble demolition of Les Halles - it would be another 5 years before this vast hole in the landscape would be filled up with a grandiose interchange between the Métro and the RER and a depressing subterranean retail concrete box. 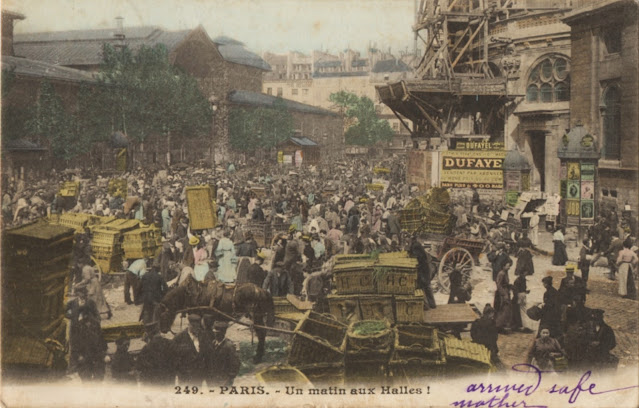 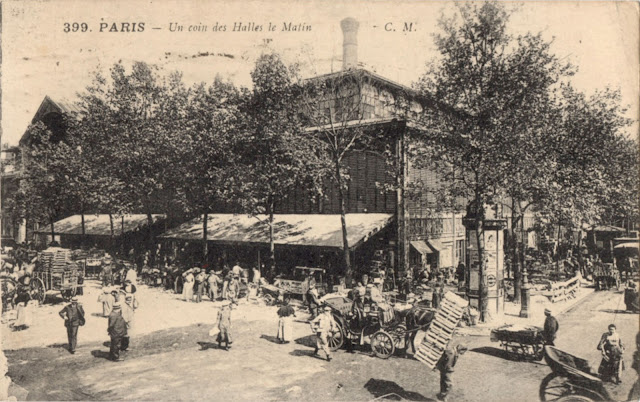 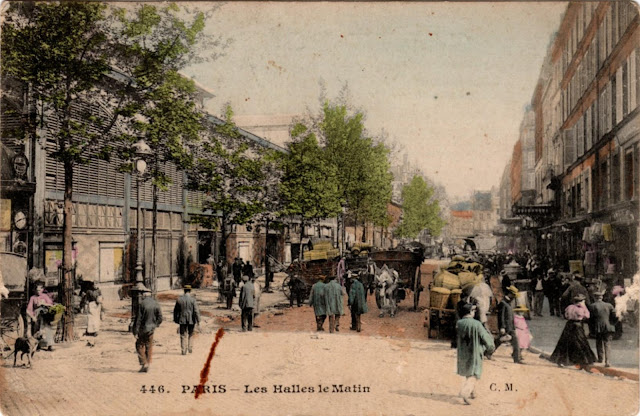 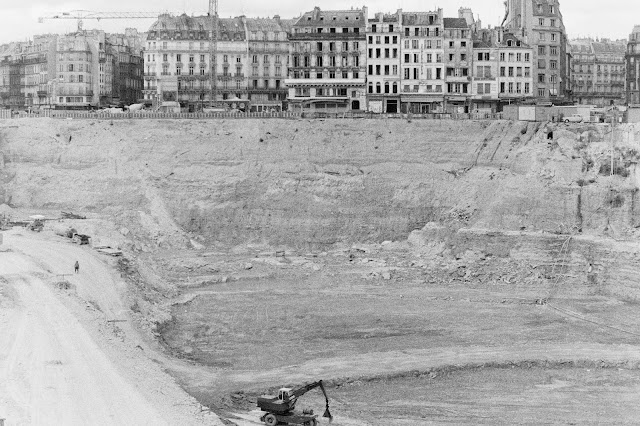 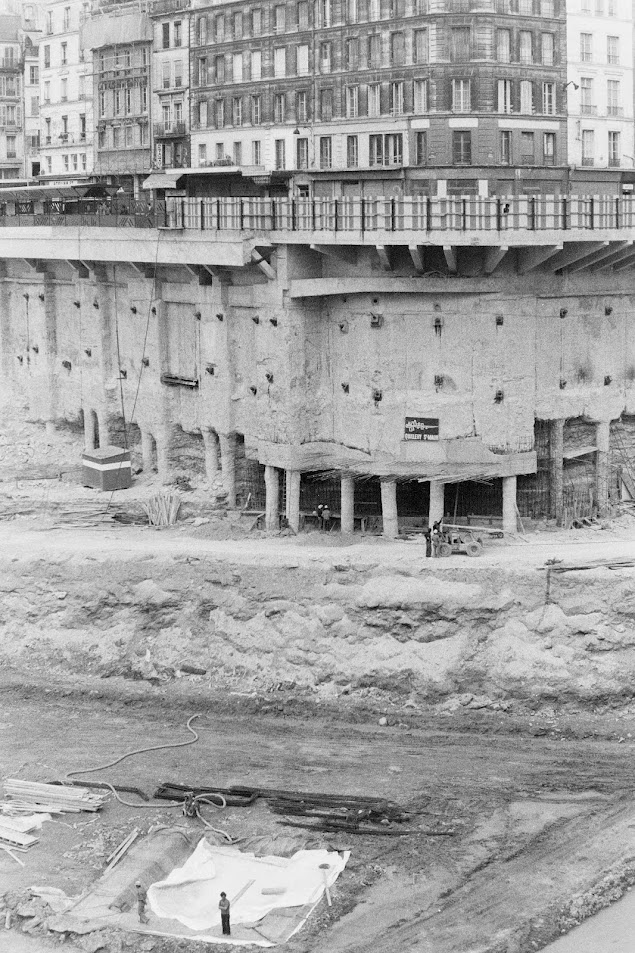 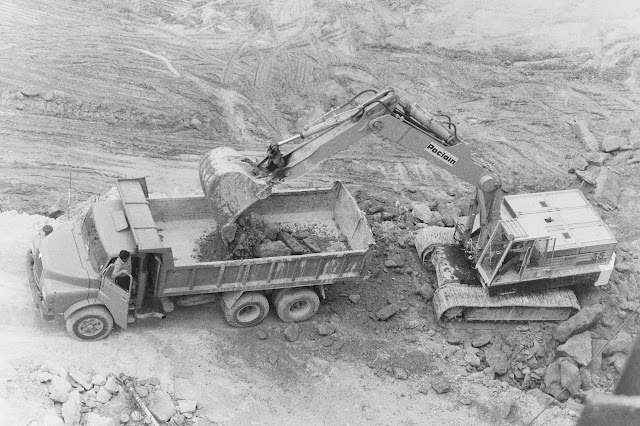