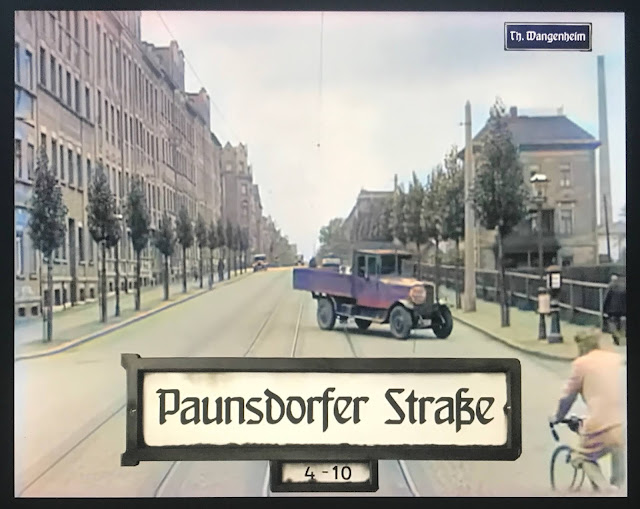 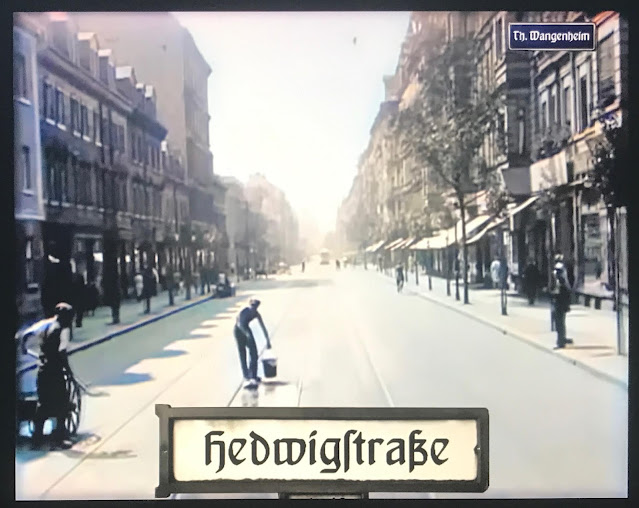 YouTube’s relentless algorithms invade our minds with recommendations designed to trap us in an ever shrinking universe constructed from our innermost prejudices and secret preferences but there are rare moments when they pull a hidden gem from the deep seams of mediocrity and something of unexpected beauty rises to the surface.  Which is how this mesmerising, sunlit portrait of a world that was creeping toward a dark decade of destruction and mass murder landed on my screen. For 30 dreamlike minutes we travel through the high summer streets of Leipzig watching the city street life in orbit around a tram driver’s view of a world in motion.  None of this was planned - the film was produced for driver training purposes. 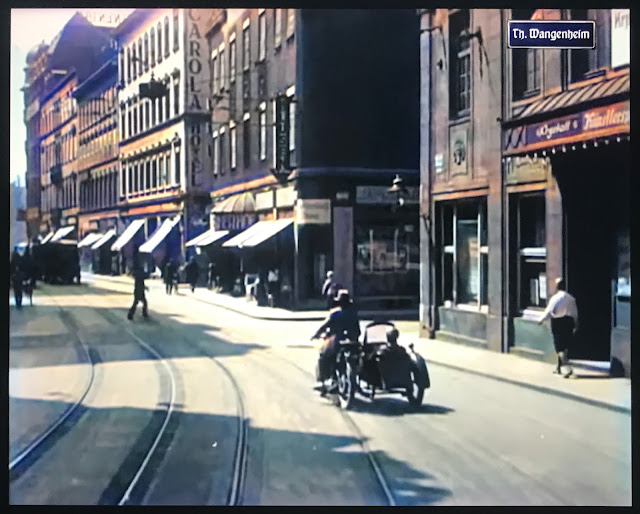 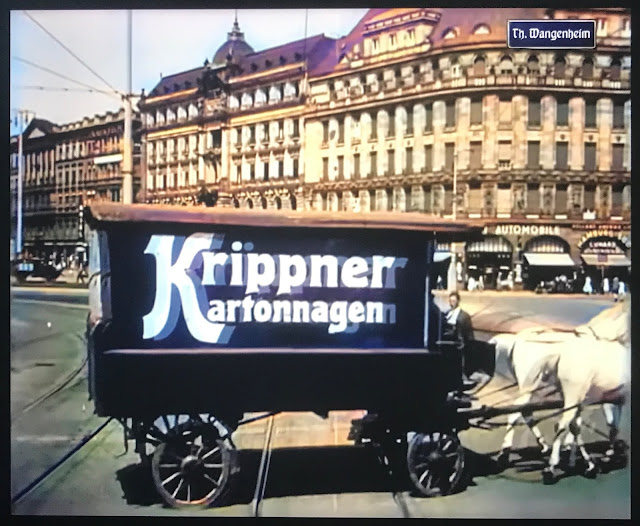 Along the way an army of local citizens saunter across the tram tracks - businessmen and lawyers, street cleaners, road repairmen, shop workers, window cleaners carrying ladders, postal workers, and a succession of handcarts and trolleys to and fro, desperate to avoid any unseemly haste, each one calculating their margin of safety to the last second. No sign of the stereotypical Teutonic submission to rules and regulations in 1931 - motorists drive their cars, trucks, and delivery vehicles at every conceivable tangent across the path of the tram.  Cyclists, male and female alike, weave through the traffic as if defended by an invisible forcefield.  Most alarming are the passing horse-drawn wagons piled high with parcels, packing cases, sacks, beer barrels and items of furniture that make slow and deliberate turns in front of the oncoming tram just seconds away from tragedy. 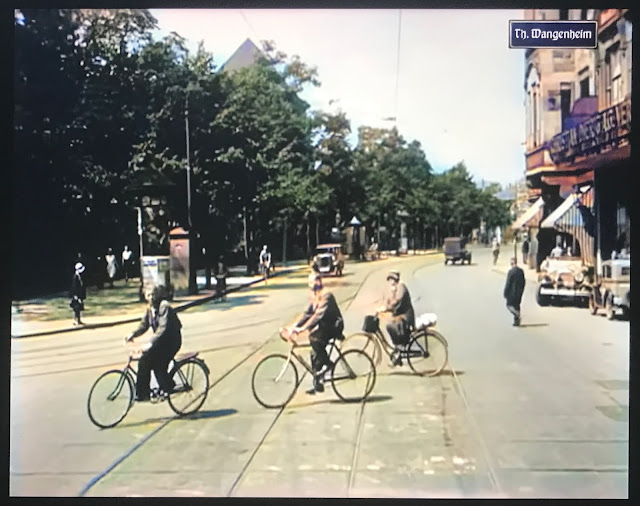 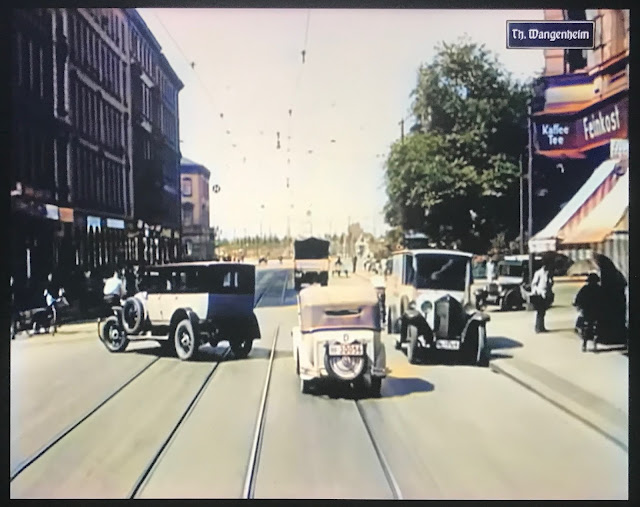 In the suburbs the tram runs along the centre of broad, straight boulevards lined with trees.  Closer to the city we pass along residential streets with tall mansion blocks, streets that contract on the approach to the city before expanding again into grandiloquent squares and plazas linked by busy shopping streets where luxury hotels trade side by side with stately department stores and shopping arcades. Tram tracks divide and converge at complex junctions and snake around opera houses, banks, court rooms, theatres, museums and concert halls. A thousand commercial signs of every dimension announce their services and compete for attention. City landmarks, including the massive Hauptbahnhof and the Hotel Astoria glide past. For the dedicated observer of street life it’s a glorious treat. 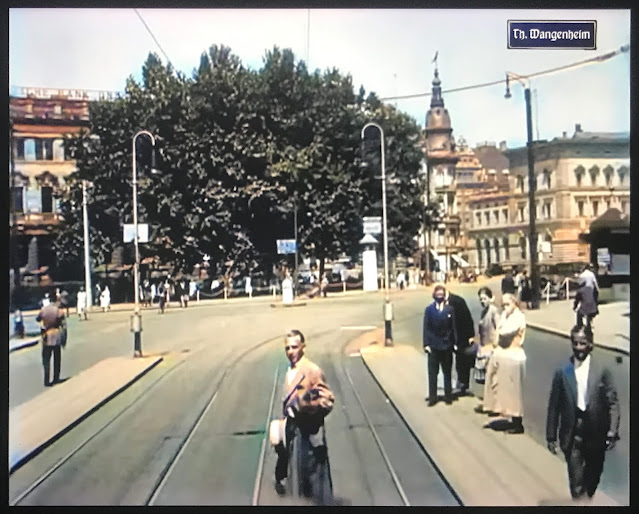 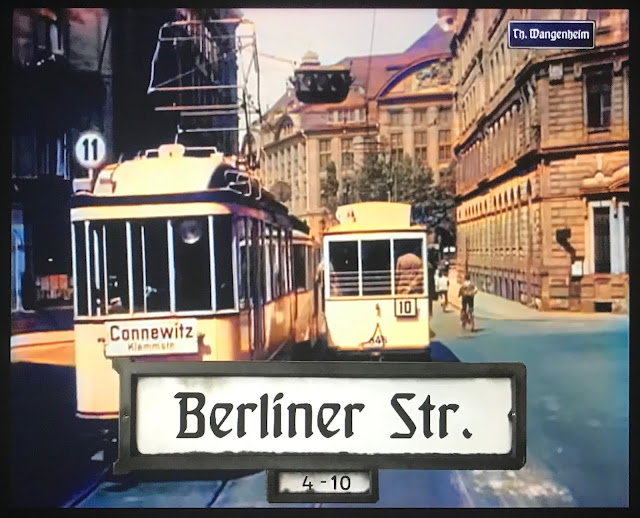