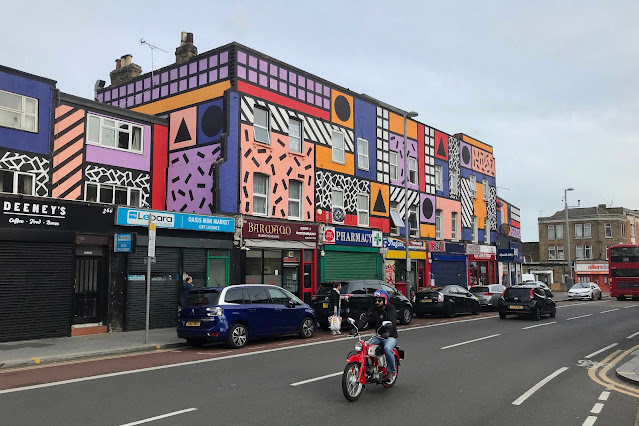 Leyton is a mainly Victorian terraced, residential district of Waltham Forest. It has a lower league football club with a long history and a modest record of achievement but major landmarks are few and far between other than a late Victorian Library and Town Hall complex built at a time when Leyton was still an Essex town.  Not far from the Town Hall, on the opposite side of Leyton High Road is a parade of shops and small businesses bookended by a tent making business and a Kwik Fit, now home to a community-funded public art project that extends across eight individual properties.  After several years of fund raising and planning it was completed in Summer 2020 by Walala Studios to a design by artist and urban designer, Camille Walala. There’s a rhythmic rectilinear grid filled with areas of high intensity colour, overpainted with a repetition of geometric forms, diagonal stripes and a scattering of more fragmented shapes.  Observers have noted the influence of Memphis and South African township decorative art.  There are some echoes of post-comic book mid period Roy Lichtenstein and the industrial geometry of painters on the fringe of Abstract Expressionism such as Al Held, Burgoyne Diller, John M Miller and Leon Polk Smith.  More delicate sensibilities than mine have complained about a lack of refinement but I’m at a loss to imagine just what an exercise in visual refinement could bring to an urban environment of this character.  However mediocre it may look, it does function as a place of economic activity. For me it’s enough that it gives us something better to look at than the surrounding townscape - a passing contact with a fleeting visual delight with an intent to uplift.  Depressing to note that taggers have left their odious signatures in at least three places.  I would have those art world halfwits who, decades ago, affected to take this vandalism seriously, conscripted to remove every last trace of it. 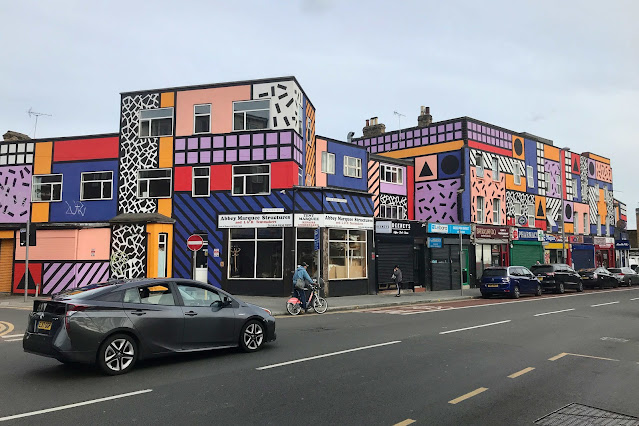 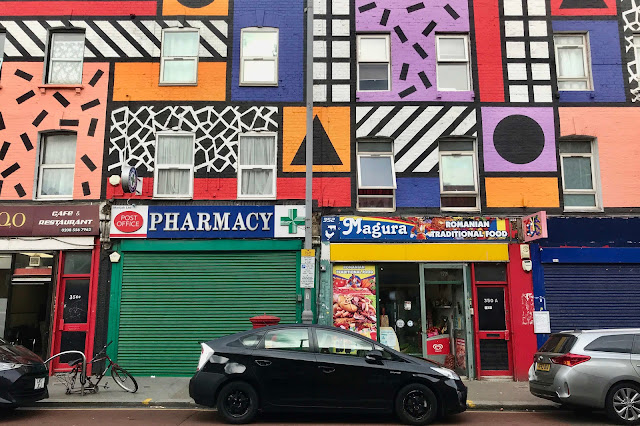 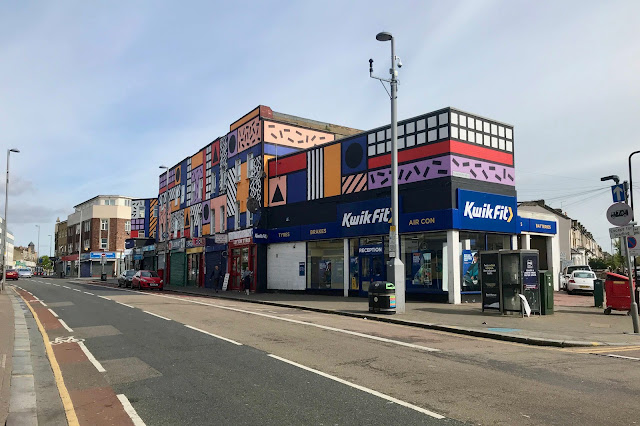 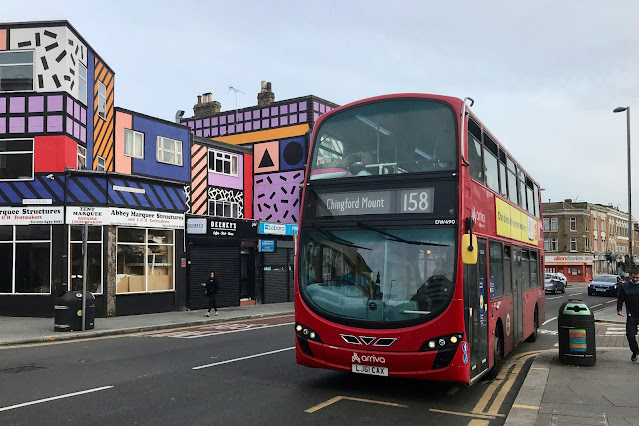 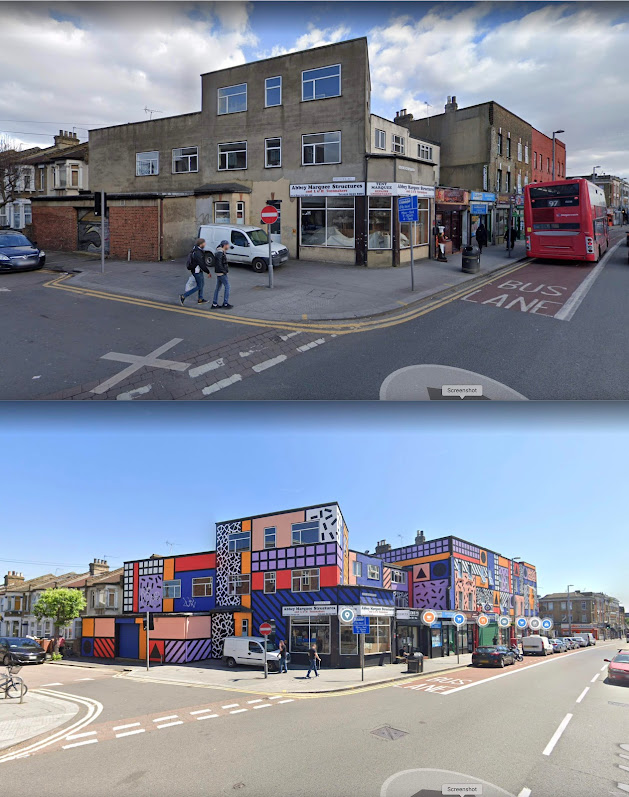