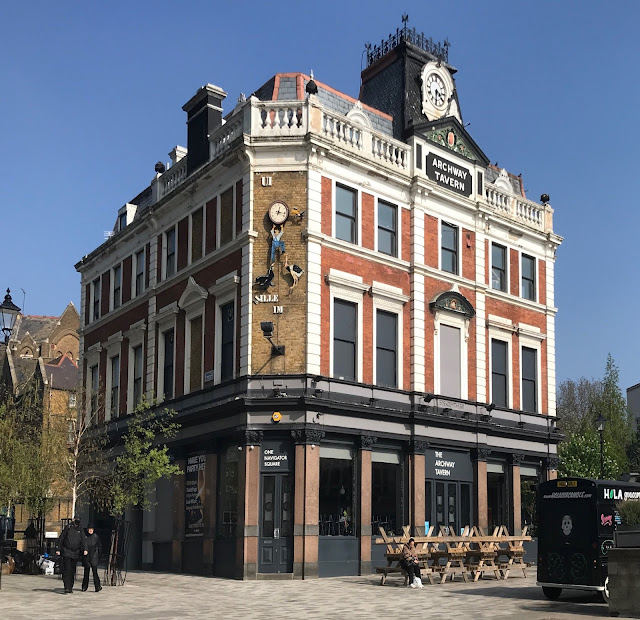 There’s a monumental London pub in a commanding position at Archway, named the Archway Tavern.  Built in 1888, much of its Victorian external detailing remains intact. Even though the last few years have not been kind, it lives on and occupies its location with confidence.  Since the year 2000 it has hosted a Guinness timepiece in which an unlikely combination of a labourer, a seal, an ostrich and a toucan support a clock. In its complete form it spelled out the words "Guinness Time - Millennium Time” but sadly since 2010 it has been shedding letters at an alarming rate and a mere handful remain to this day.  Streetview images illustrate the steady disintegration. The fate of the falling letters may never be known but if they still exist somewhere it would be nice to see them replaced.  Nobody expects the clock to work but given the rarity of these signs in England, restoration would be welcome. The figures are based on the characters drawn by James Gilroy and can be seen in this example photographed in 2017 in Skibbereen. Two postcards of past Guinness clocks are shown at the end. 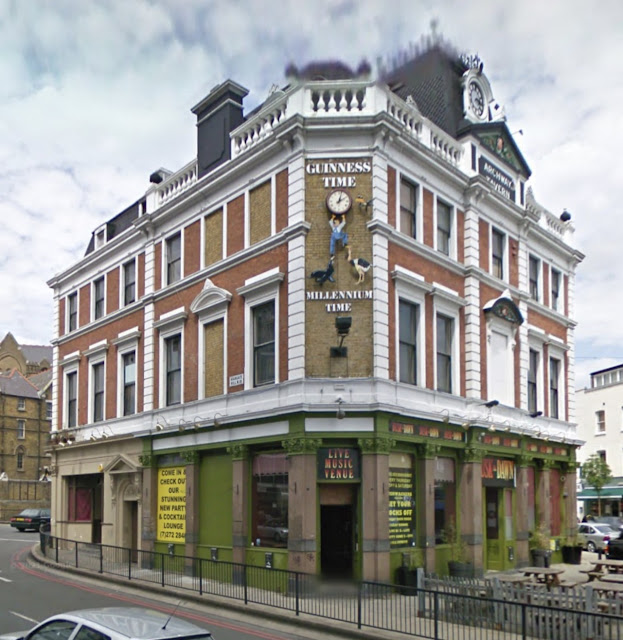 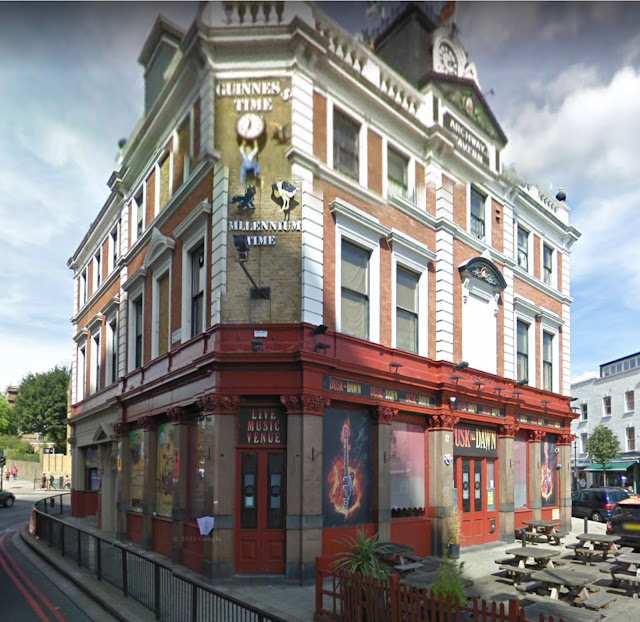 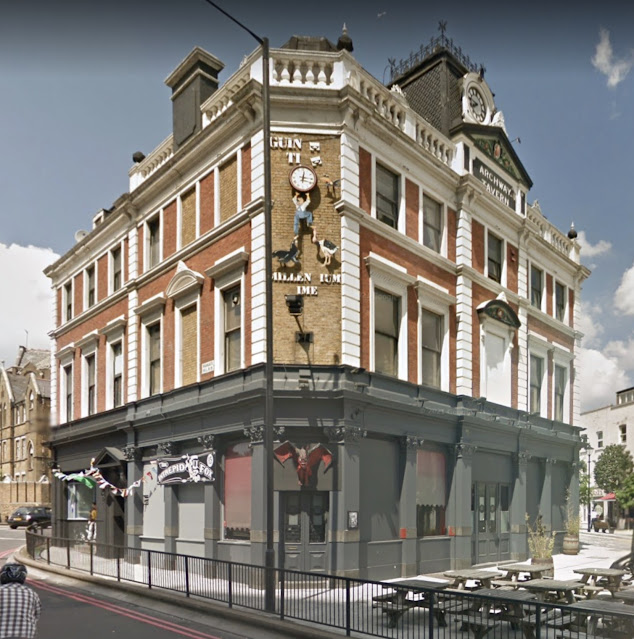 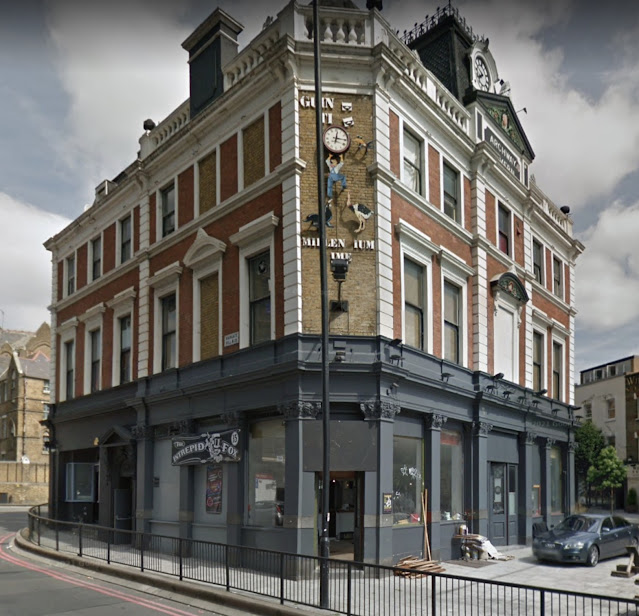 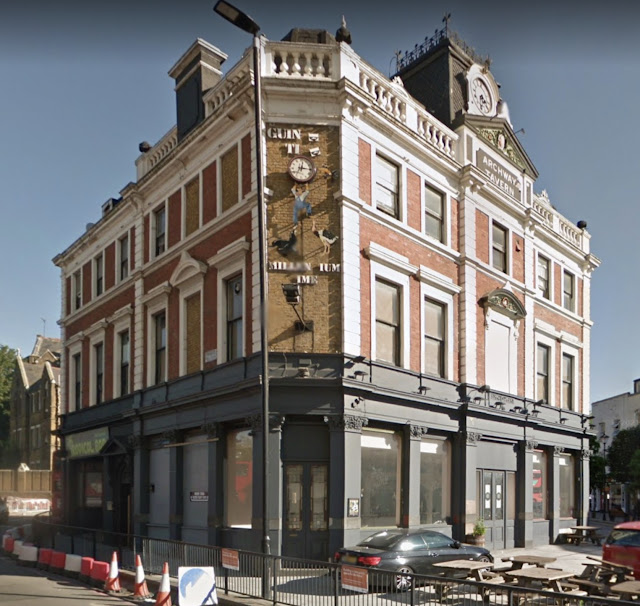 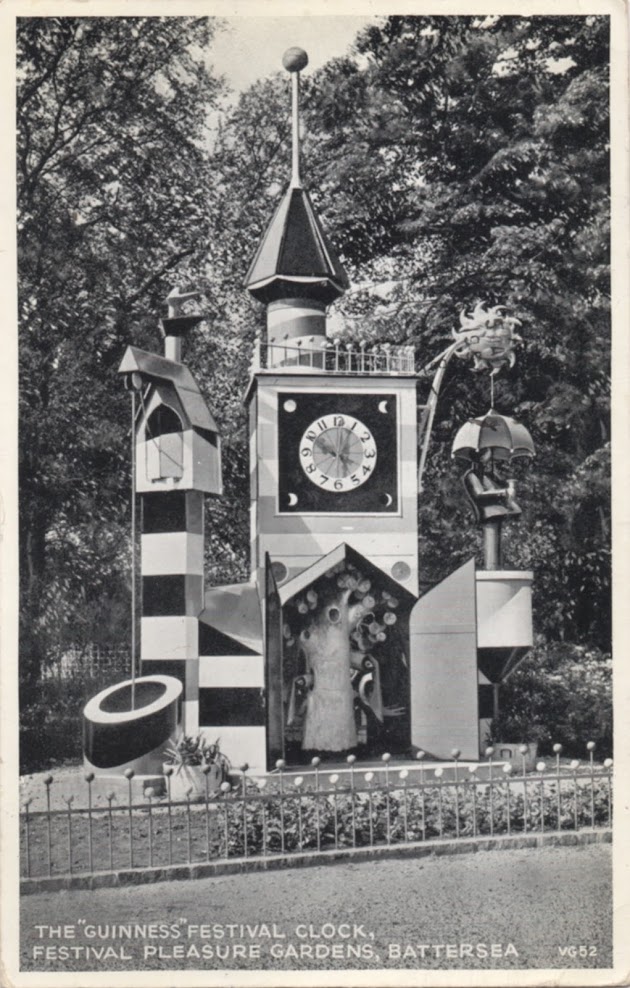 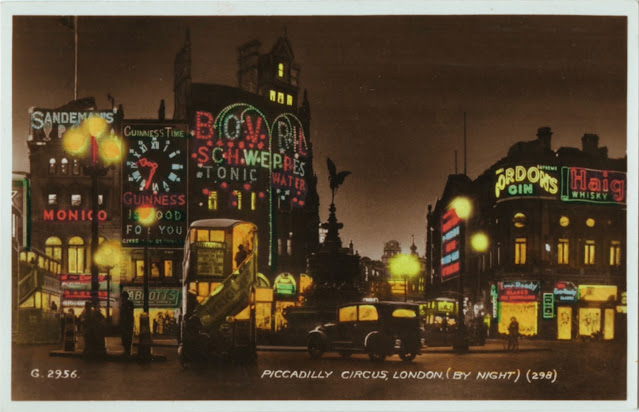