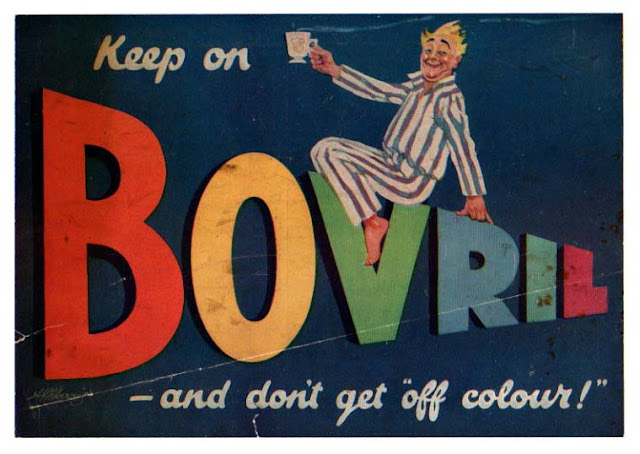 Bovril is another of those enduring Victorian products which are considered to be uniquely British. It is a beef extract that can be used as a spread or to make a hot drink. In recent years, cattle related food scares have created turbulent times for Bovril and for a while beef products were eliminated from its recipe. It is an unsophisticated product with strong associations with childhood as can be seen in the publicity.

The most iconic of all Bovril ads is the one produced by H H Harris featuring the slogan “Prevents that sinking feeling”. The pyjama clad castaway became something of a brand character and appeared in a wide range of gently humorous situations of which two can be seen here. Mawkish humour (“I hear they want more!”) and winsome children are common elements in Bovril advertising and examples of both are reproduced here. The splendidly named Septimus Scott (1879-1965), an especially prolific commercial artist of the early 20th. century was responsible for the examples below. The pairing of small child and beast was particularly favoured. Scott was an accomplished hyper-realist in his later years but in his earlier work here he borrowed from the pictorial vocabulary of Augustus John. 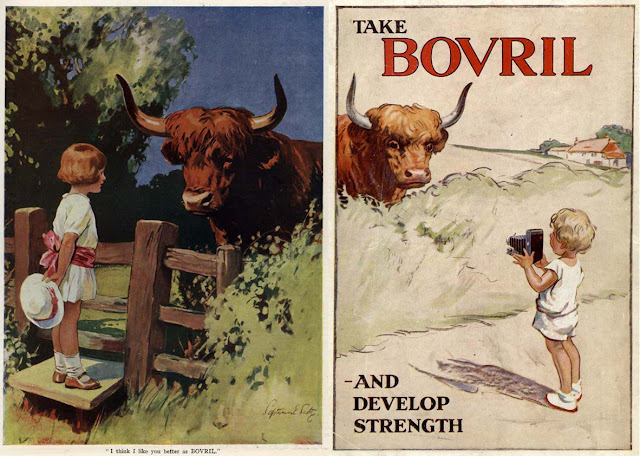 The finest artist to work for Bovril was the masterly Tom Purvis (1888-1959). These examples display typically muscular Purvis draughtsmanship and tightly organised compact compositions. The underlying link with health and childhood is strongly emphasised. Purvis is in my view the greatest of all British poster artists and will be the subject of a future study. 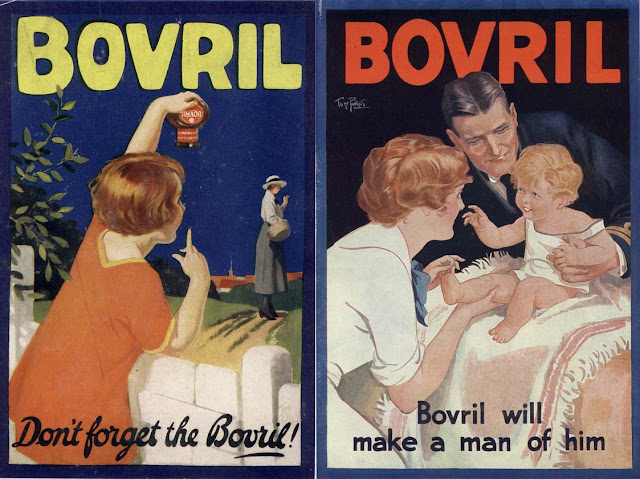 Finally two ads from the Second World War designed to appeal to patriotic instincts and associate Bovril with the war effort. Not enormously distinguished in graphic terms they nevertheless communicate an uncomplicated message to the public in an undemanding way. The drawing of the animated vegetables seems excessively crude and the spoon wielding housewife is scarcely more accomplished – only the Bovril jars have any visual presence. 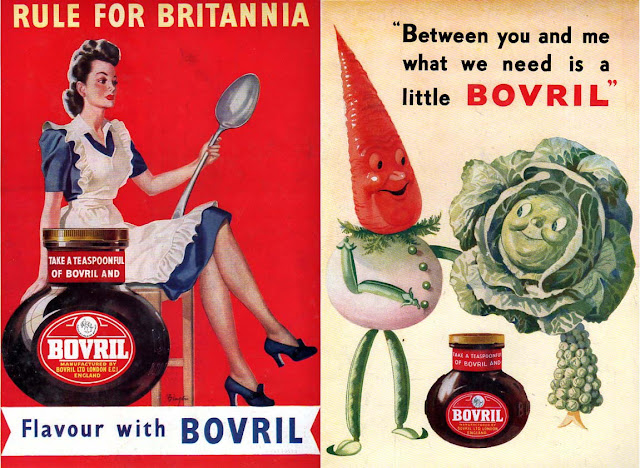 Where can I find Bovril in East Texas?