It is said that Cornwall has more Megalithic monuments than anywhere else on earth. A generous number of them presented their best face to the camera last week in the type of brilliant sunshine that was fast becoming a distant memory. Here are a few of the highlights in no particular order. 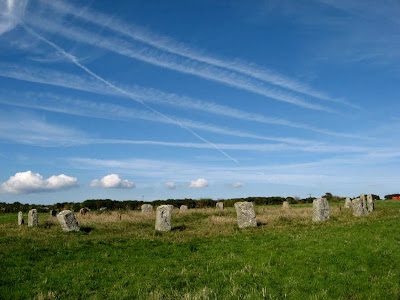 First up are the 19 Merry Maidens having a high old time in the sun, under what would be a perfect sky were it not for the degrading vapour trails of a succession of transatlantic jets conveying passengers from one X-ray machine to another. This is a popular location for contemplating modern man’s relationship to pre-history and there was no more than 20 seconds in which to snatch this photograph. 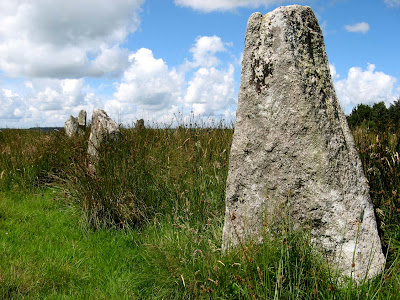 The Goodaver stone circle is on the heights above the valley of the River Fowey where it flows off Bodmin Moor. Existing as it does on private land, it has a wilder, more unkempt appearance than its well groomed brothers and sisters on publicly owned land. A half hour ‘open access’ climb through water logged fields and across barbed wire adds to the sense of achievement when it is finally located. 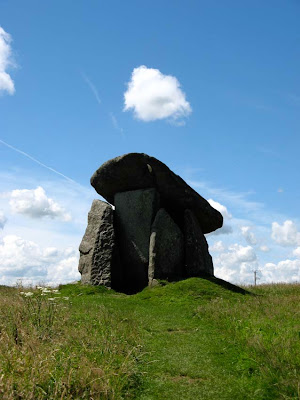 The Trethevy Quoit is a delicately balanced aggregation of massive granite slabs which effortlessly dominates its surroundings. Be prepared for an exhausting hike of almost 20 paces from the nearest car parking space on the outskirts of St. Cleer. 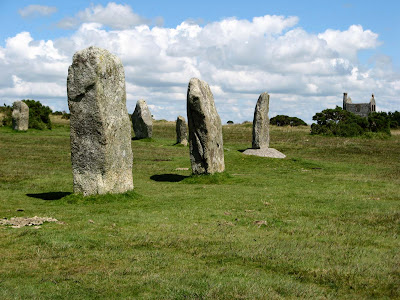 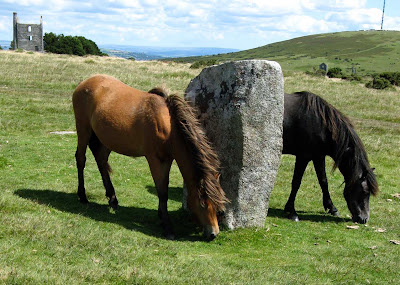 A short walk from the car park at the village of Minions on Bodmin Moor stand the Hurlers. Legend has it that in an earlier life they were participants in unauthorised ball games. Wild ponies crop the grass and find the stones make great itching posts. There are no less than three circles to delight the eye. To the west, two stones known as the Pipers stand as witnesses with permanently wet feet. 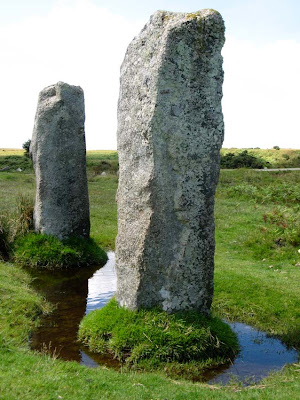