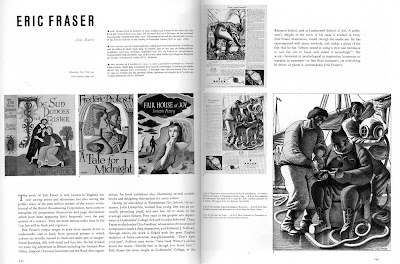 In 1957, issue number 70 of the famous Swiss magazine, Graphis published a 6 page feature on the work of Eric Fraser, written by Alec Davis, who in 1974 wrote the book, The Graphic Work of Eric Fraser which for many years was the only available book on this inventive and resourceful artist. In the mid 1950’s Fraser would have been at the height of his fame and it was certainly an accolade to be written up in the pages of such an eminent magazine as Graphis. There is a generous selection of Fraser’s work to be viewed at the Alphabet of Illustrators and Chris Beetles has some original artwork that can be viewed by clicking here. Finally, I include a wartime commission for a cover illustration to a small card covered book celebrating the contribution of women to the war effort. It’s a fine exercise in tonal control in a robustly fashioned pictorial space and concludes our postings about Eric Fraser. 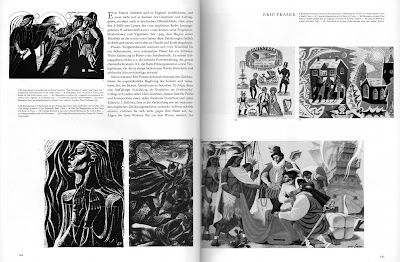 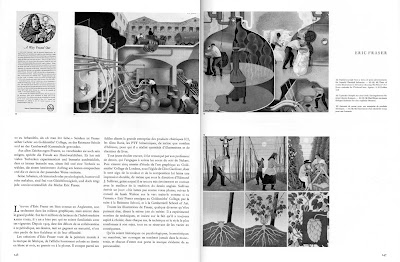 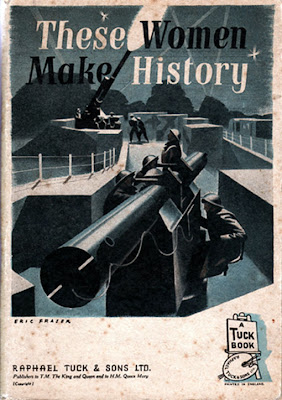