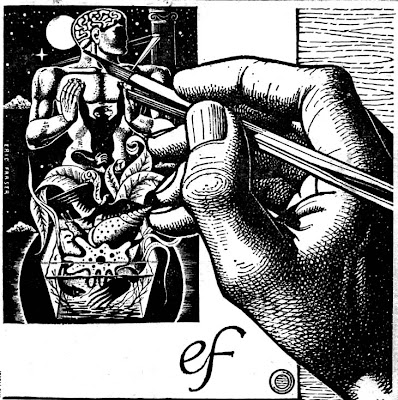 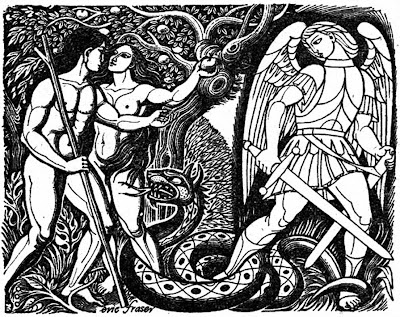 I have been reminded that I promised to return to the subject of Eric Fraser. So, after an 8 month gap, here we go. (To read the original posting on Eric Fraser, please click here.) Given his reputation for orderly, industrious sobriety, there are some surprising qualities to be seen in his approach to subject matter. All of the work here was done for Radio Times in the 1970’s and Fraser’s task was to catch the attention of prospective viewers and listeners with a very small monochrome hand drawn image. That he succeeded so brilliantly was down to three things. Firstly, he had the ability to select the most dramatic point in a narrative to illustrate and secondly, his compact compositions were tightly organised around diagonals and vectors to maximise their visual impact within a very restricted space. Thirdly, he was a master of surface incident, pattern and texture, balancing light and dark contrasts with the same perfect judgement as he balanced areas of complex surface activity with areas in which forms were defined exclusively in line. Proof of their quality lies in the fact that they lose none of their tension when enlarged. 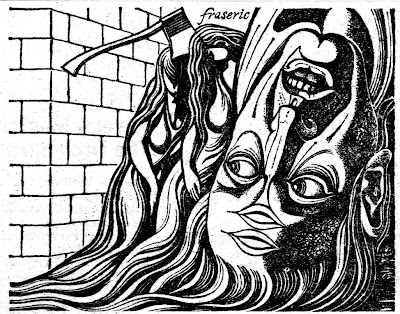 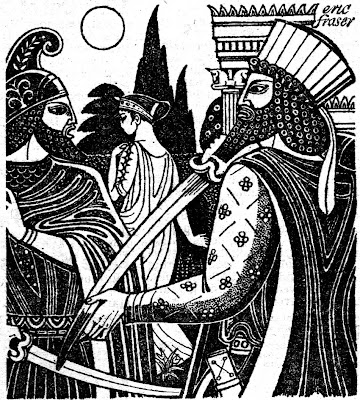 The more surprising elements in his work are a certain sensualism that emerges from time to time and an appetite for violence. The incidence of violence is in part, a consequence of the type of material he was commissioned to portray but there is a generous quantity of sword fights, smitings, hangings and beheadings and much brandishing of staves and staffs, clubs and cutlasses all suggesting some relish on Fraser’s part for the visual power of such events. The sensuality is inspired by the female form, often defined by the sort of sinuous line employed by Eric Gill, although entirely without the slightly voyeuristic feeling that creeps into some of Gill’s graphic work. There is a tendency for necklines to plunge a little lower than strictly necessary in the interests of historical accuracy and occasionally, rather more well formed female thigh will be revealed than might be expected! All well within the boundaries of good taste. Our next posting on Eric Fraser will look at his books and advertising art. 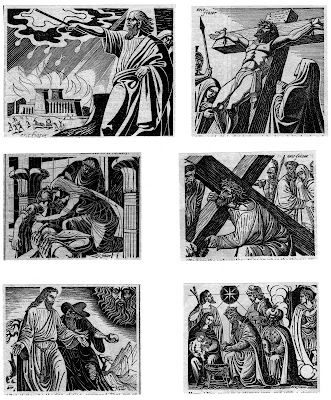 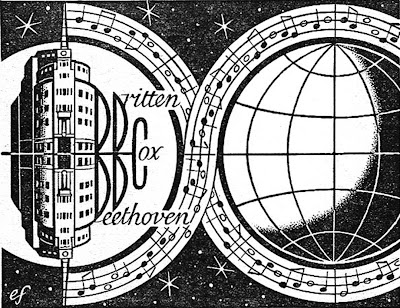 I have a copy of The Graphic Work of Eric Fraser along with a letter from him. He was my Mothers cousin. I wrote to him in 1978 and he very kndly sent me this copy.

Sadly I never got to meet him, but did meet his wife.