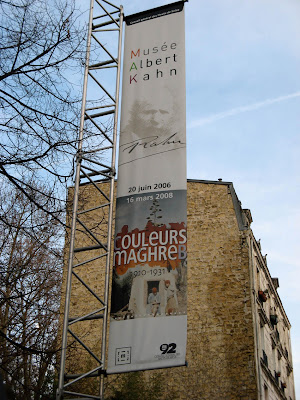 Tonight BBC2 is showing the first in a series of 5 programmes, The Twenties in Colour: The Wonderful World of Albert Kahn. This will be the third series to feature the work of Albert Kahn’s team of photographers and there have been many comments elsewhere from viewers making the point that this is the type of intelligent television that used to be expected from the BBC as a matter of routine and now appears so unusual. The sober, unpatronising presentation, the use of academic experts to supply context for the material and the spare and unobtrusive use of background music and sound make a welcome respite from the prevailing tone of hysteria typical of the likes of the egregious Bill Oddie and the presenters of Coast for whom shouting, extreme hand and arm gestures and quite terrifying levels of forced enthusiasm seem to offer the only hope of retaining their jobs. 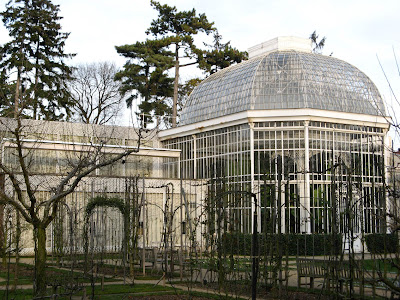 Kahn was a wealthy banker with philanthropic and pacifist instincts. His great project was his Archives de la Planète which employed a team of photographers and cinephotographers to travel the world and record the details of daily life and the built environment that were soon to vanish. The use of the autochrome process produced some of the earliest known and most detailed colour images. Last autumn the BBC screened the first series and described the project on a webpage that can be seen by clicking here. 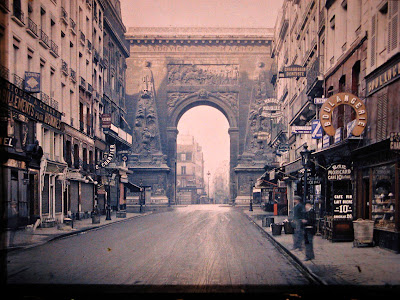 Five minutes walk from the end of Métro line 10 at Boulogne Pont de St-Cloud in southwest Paris is the Musée Albert Kahn which displays a changing selection of images from the project in what was Kahn’s own home. At present the focus is on images from North Africa plus a more general selection displayed in light boxes. The example shown here of Porte St-Denis is a spectacular feast of store front signage. There’s also a suite of 26 inch iMacs on which to browse the database; the plan is to have all 72,000 images digitised in the next few years. Khan moved into the house in 1895 and began construction of a large garden that reflects his internationalist outlook and includes a Japanese and an English-style garden. We visited on the shortest day of the year (December 21st.) and there was much to appreciate in the garden. It’s a mixture of formal and informal planting and designed as a series of themed rooms. The new Japanese garden looked especially fine in its winter guise. A relatively recent addition, it was designed in 1990 by the Japanese landscape architect, Fumiaki Takano. 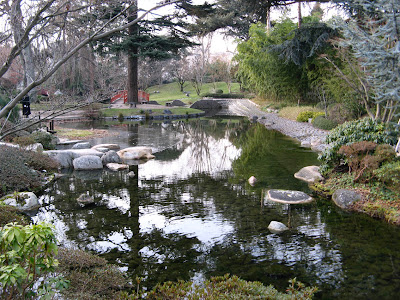 I have been a BBC fan all my long life, but now it is far to celebrity led, its news is total rubbish. Ch.4 is REAL news from around the world, BUT what an utterly fantastic 30mins: with Albert Khan, but why so little publicity. I have e-mailed and posted details to my friends, thank God for repeats.
Via la france, fabulous as ever.

There is now a website for the new Albert Kahn book, out this month. If you are interested, you can find it at http://www.albertkahn.co.uk