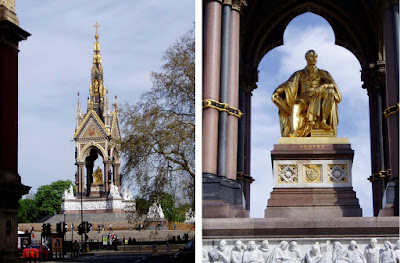 The second stage of our exploration of Albertopolis brings us to the Gothic Revival extravaganza that is the Albert Memorial. Designed by George Gilbert Scott, it serves as a lavish expression of a singular monarchical obsession with commemorating the life and legacy of the late Prince Consort. Scott had the additional responsibility of co-ordinating the large team of sculptors, designers and craft workers. A gilded statue of a many times life-size Prince Albert is seated beneath a gilded canopy supported on marble pillars and surmounted by a pediment and spire and a profusion of ornamental detail. Two groups of four figure sculptures surround the canopy, the inner group representing the industrial arts and science, the outer group representing Europe, Asia, Africa and America. The entire ensemble is a perfect distillation of High Victorian values of dignity and respect, industry and effort, scholarship and discovery overlaid with an imperial narrative of subjection and colonisation. British History Online has a very detailed history of the commissioning process. 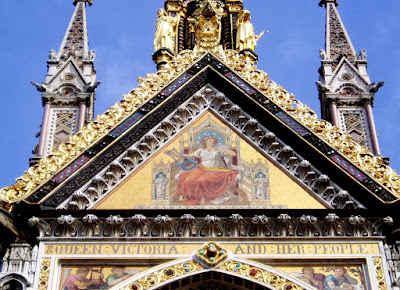 It is pleasing that the memorial is free of military associations. Religious piety and virtue don’t get much of a look in, which is equally refreshing. Contemporary critics were quick to take offence at this. The Times commented that Prince Albert’s life was being celebrated for the wrong reasons (his contribution to the arts and sciences) and should more properly have been honoured for his ‘princely ... example of purity of life'. There’s little doubt that the relentless aggregation of ornament was a major contributory factor in the mid-Twentieth Century abhorrence of all things Victorian and the first signs of this rejection were to be found at the time of its completion when a writer in The Pall Mall Gazette dismissed it as ‘organic nullity disguised beneath superficial exuberance’. 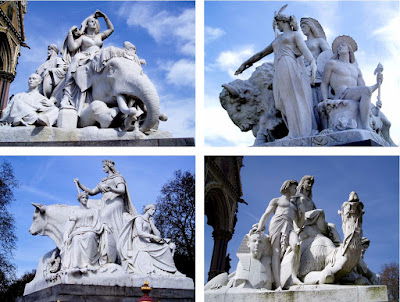 Time moves on and each generation experiences the memorial within a different historical context. There is no denying how resplendent it looks after many years of restoration and there are many ways to respond to it. It can be seen as a glorious relic of a distant but fascinating imperial past; product of an age of apparent certainties. Distance has the effect of lending a note of the exotic, especially in the sculptural groups created in an era of very different cultural sensibilities. At the very least, it remains an extraordinary convergence of decorative skills, assembled and combined with an almost reckless sense of confidence. 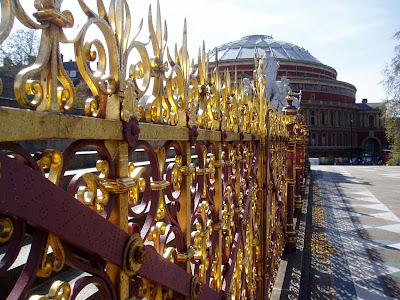