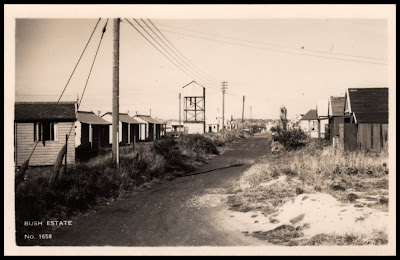 This is an image of our unforgettable family holiday destination in the summer of 1961. Modest accommodation with few concessions to comfort, it fully embodied traditional Norfolk hospitality, a county where the locals are quick to establish their superiority with constant corrections of mispronounced place names. We found ourselves in a landscape of remarkable desolation with vast windswept beaches, tides that receded halfway to Holland and battered stumps of ruined church towers rising unsteadily from the waves – grim reminders of long since inundated villages. I bought this postcard in the local timber built store in case an opportunity arose to show it to a social worker. It’s entirely possible that my lifelong interest in marginal communities poised on the edge of oblivion, dates from this time. The Bush Estate survives to this day with, it would appear from this link, some of its unattractive features carefully preserved. 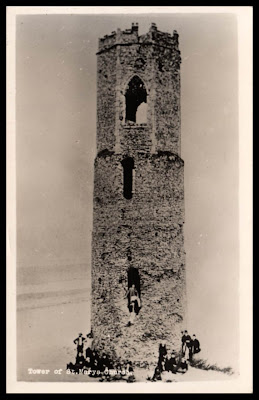 Meanwhile in the wider world, the news was all about the construction of the Berlin Wall and I found myself thinking, with all the captious reasoning of the adolescent intellect, how unfair it was that the good citizens of the DDR were so brutally denied access to the wonders of the free world and the chance to spend their holidays in such distinguished surroundings. It’s easy to imagine W G Sebald (who would find himself, decades later, only a few miles away) tramping through this landscape, silently rejoicing at the dismal prospect. The other cards show the local churches losing their battle with the might of the North Sea. More evidence of an unhealthy juvenile interest in decay. 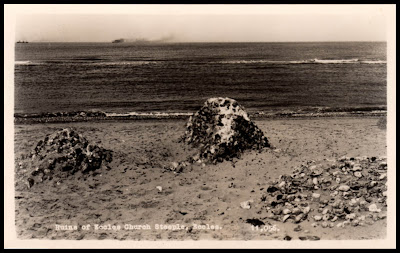