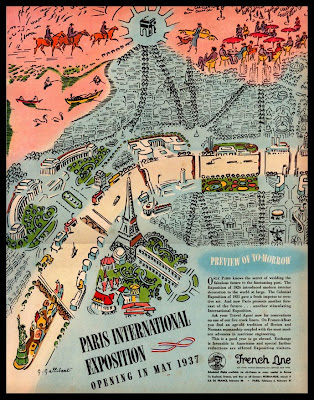 The Paris exhibition of 1937 was a famously ill-tempered affair. With the Spanish Civil War in progress the exhibition became a battleground for competing ideologies. The prevailing architectural style was an angular, monumental Neo-Classicalism stripped of ornamentation. These contrasting advertisements come from Britain and the US. The American visitor was tempted by a colourful image, made attractive with some lively line drawing, creating a light-hearted mood at variance with the sombre character of the exhibition. The British publicity seemed better calculated to catch the feel of the times with a heavy font and monochrome cuboid blocks arranged into an intimidating tower. The Tour Eiffel has been reduced to the status of a cut-out. 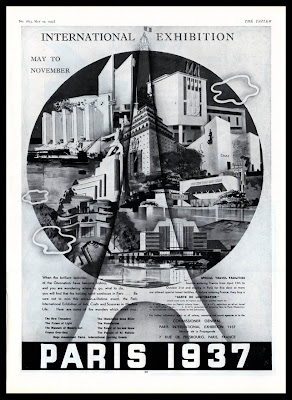