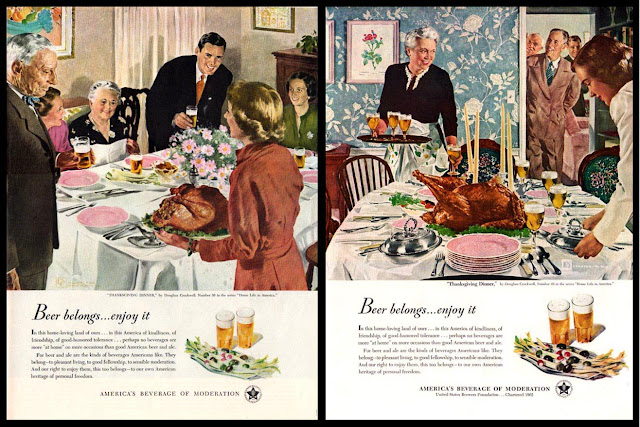 On the day that America celebrates Thanksgiving we give our thanks for Douglass Crockwell (1904-1968), one of the most singular characters in the world of American illustration. Crockwell led a double life and while submitting to the demands of full-time editorial and advertising illustration, in his spare time he pursued his passion for avant-garde film-making. Among his friends, and occasional collaborator, was the great American sculptor of the Abstract Expressionist era, David Smith. The meticulously painted images above were produced for the United States Brewers Foundation as part of an extended campaign that ran for years in the late 1940s and well into the 1950s. The message is that beer is the all-American drink and in every way preferable to the pretensions of wine drinking. Nobody knew the geography of the American dinner table better than Douglass Crockwell and very few even attempted to express the air of unease and social anxiety that he explored below the surface bonhomie. The glances that never quite meet, hands that flutter in empty nervous gesture and smiles that threaten to rupture the face, all convey a sense that an unspoken truth or a hideously transgressive secret is about to break the surface. Every element in a Crockwell composition was rendered with equal attention giving rise to a claustrophobic flatness that contradicted the careful observance of perspectival conventions. There was never a hint of the ingratiating sentiment that undermined the vision of his near namesake, Norman Rockwell. 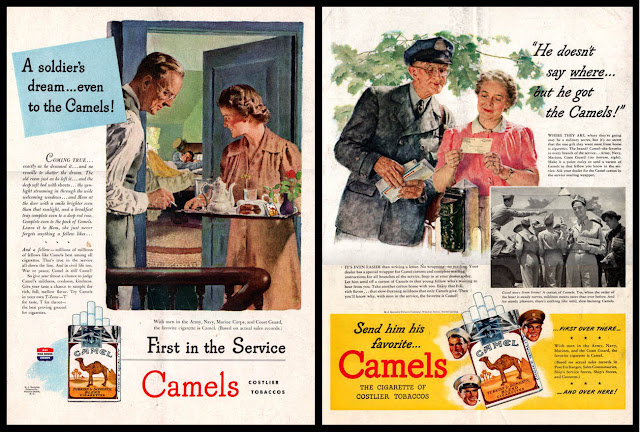 Chris Mullen (at VTS) correctly compares Crockwell’s mise-en-scène to that of Douglas Sirk, acknowledging his mastery of cinematic composition. Yet when Crockwell himself turned to film-making his ideas ran in entirely the opposite direction. Figuration was discarded as he plunged into a universe of surrealism-inflected abstraction. Absorbed in technically demanding and time-consuming frame by frame endeavour, Crockwell created a body of work of surpassing strangeness. A variety of biomorphic forms collide, mutate and transform on screen. Cell-like creatures parade in formation, do battle with one another and even get crucified. There’s an illuminating essay (Machines That Give Birth To Images: Tom Gunning) that can be read by following this link. A modest selection of Crockwell’s commercial illustration is displayed here. The free and luminous touch in the earlier work (Camel cigarettes) gave way to intense concentration on surface values as he voyaged through Suburbia as a servant of the United States Brewers Foundation. For the definitive Crockwell experience a trip to the cabinet of enchantment at Visual Telling of Stories is essential. 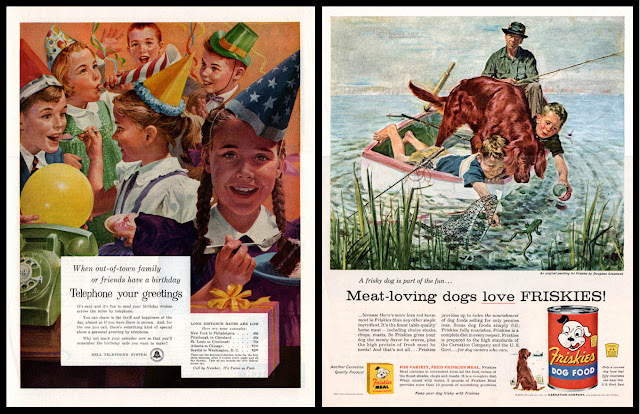 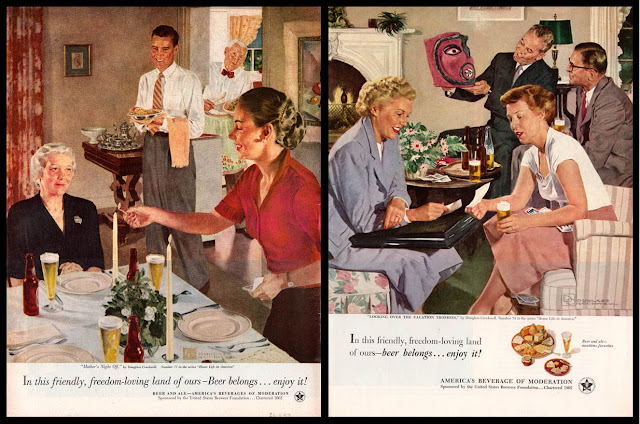 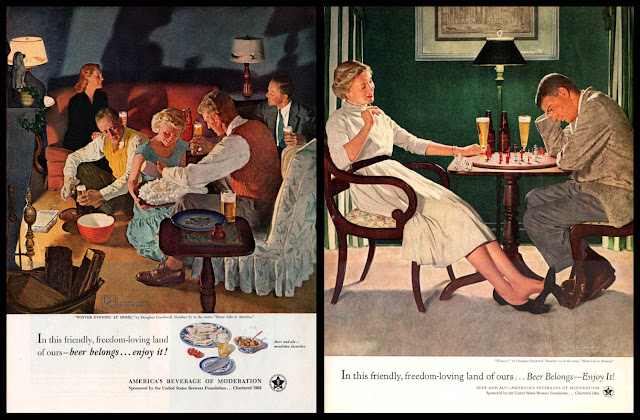