Postcard of the Day No. 31, Traction Terminal, Indianapolis 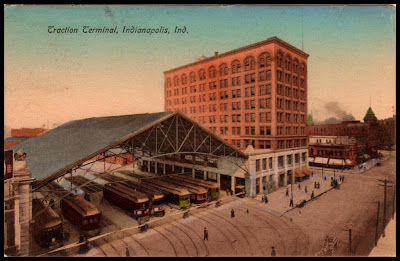 This postcard was selected by the Danish-born photographer, Peter Sekaer, to send to his friend and colleague, Walker Evans. The card is postmarked in September 1936, less than 6 months after Sekaer completed an extended tour of the southern states, accompanying Evans on an FSA assignment. In that time spent together, Sekaer had clearly developed a good understanding of the type of vernacular imagery that appealed to Evans. The photographs that Sekaer took certainly bear comparison with Evans; they are technically competent and selected and composed with an educated eye. But even when the two men photographed the same location there is a quality of gravitas and evidence of an intensely self-critical faculty in Evans’s work that can’t be detected in Sekaer’s. This is what makes Evans a great photographer.

As for the Traction Terminal, it was built in 1904 and with nine tracks, it was the largest in the world. Electric streetcars ran through the streets of Indianapolis from 1890 to 1953. Plans are under development for the reintroduction of streetcars into the city. To read more about this, please follow the link. 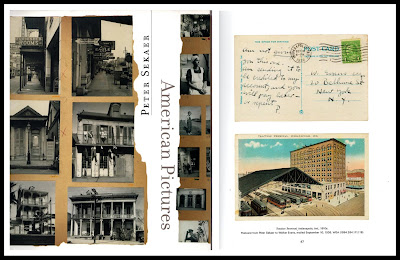