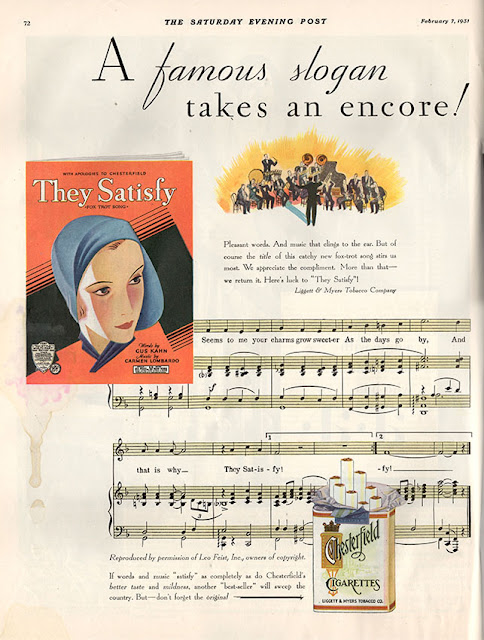 Until the arrival of this comprehensive study (Dorothy and Otis: Designing the American Dream Norman Hathaway and Dan Nadel) the only information of substance I had on Otis Shepard was this extract from Art and Industry, May 1937. Primarily a billboard artist, very little of his work found its way on to the printed page. One exception was this example for Chesterfield which re-uses an Art Deco-styled image of a fashionable girl about town originally created for a 1930 billboard. The book includes a wealth of information about Foster & Kleiser, a West Coast agency specialising in billboard and hand-painted advertising where Shepard made his start in the industry. 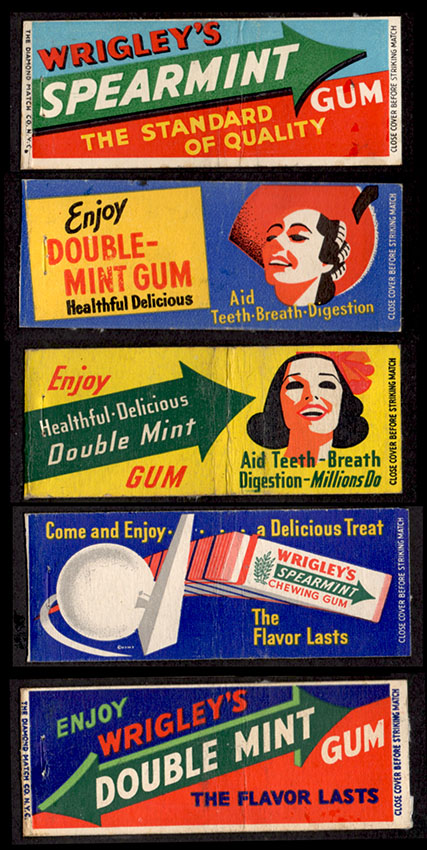 The story of Dorothy and Otis on vacation in Europe is told, including an account of the 1929 meeting with Joseph Binder in Vienna. The influence of Binder’s subtle modulations of colour and tone was crucial in refining Shepard’s air-brushed style and imparting the crisp flair that enabled him to market his services to Wrigley’s Gum as a freelance artist, proving himself to be a master in the art of infinite variations on a theme. The association with Wrigley’s lasted over 30 years and extended from the design of the pack to jumbo-size billboards – Shepard had complete control of every aspect of Wrigley’s graphic output. The US was no more receptive to European Modernism than Britain and the Shepards were exceptional in their range of interests. They could have seen Binder’s work in Gebrauchsgraphick or in Posters & Publicity Commercial Art Annuals that in 1927 and 1928 included 6 and 7 examples respectively. It would be interesting to know more about how the Shepards made their journey from the robust camaraderie of Foster & Kleiser to the sophistication of Binder and Cassandre. The relationship with Binder proved to be a lasting one. Later in the 1930s Binder himself would end up working in the US (for Jantzen, Schenley, the Coffee Bureau and Fortune magazine) and the Shepards kept in close touch with him. 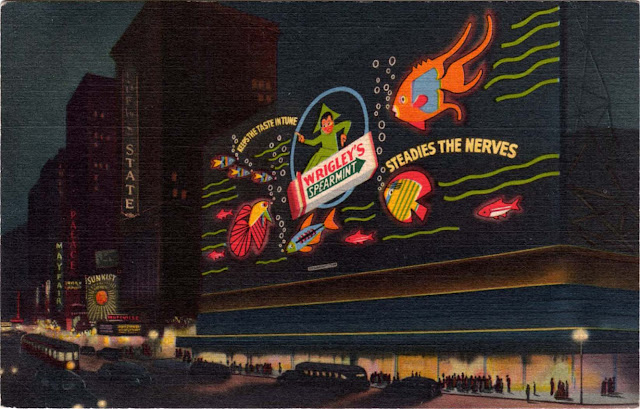 The book rescues Dorothy from footnote status – reminding us that she produced an award-winning series of billboards for Pabst beer as well as designing the great aquatic illuminated neon spectacular for Wrigley at Times Square in 1936 about which I posted here in 2009, unaware that it was the work of Dorothy Shepard. The book only exists because Dorothy made compendious scrapbooks of their work which were cherished and carefully preserved by the next generation. Far too many advertising artists have suffered the ignominy of having their life’s work discarded by their unappreciative descendants. 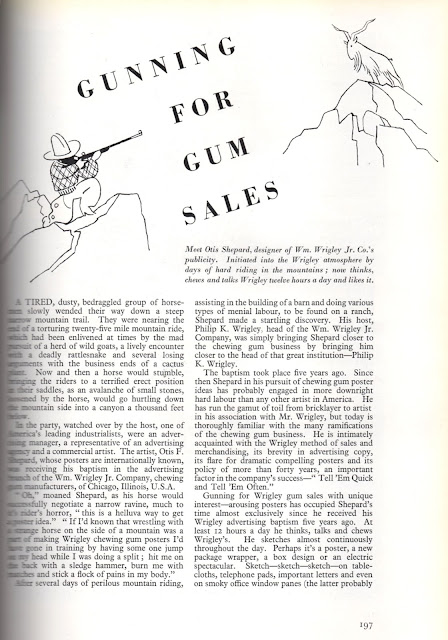 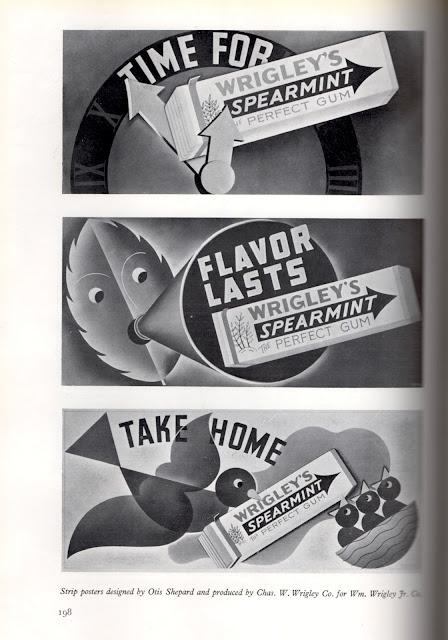 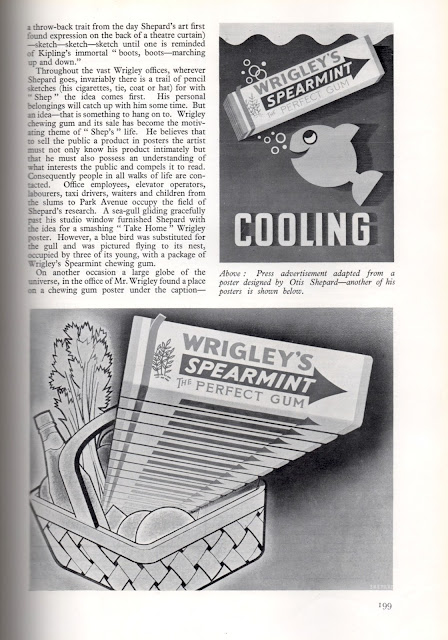 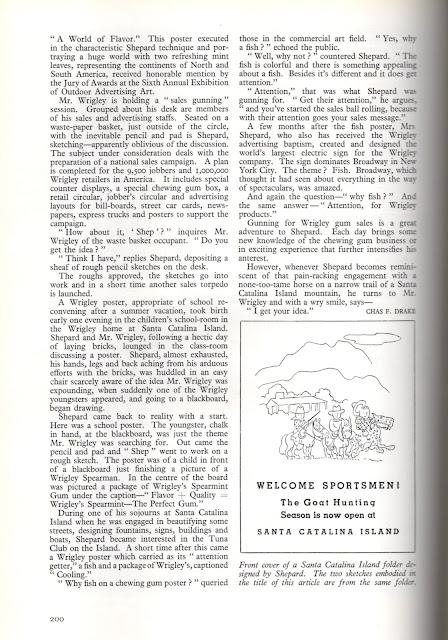 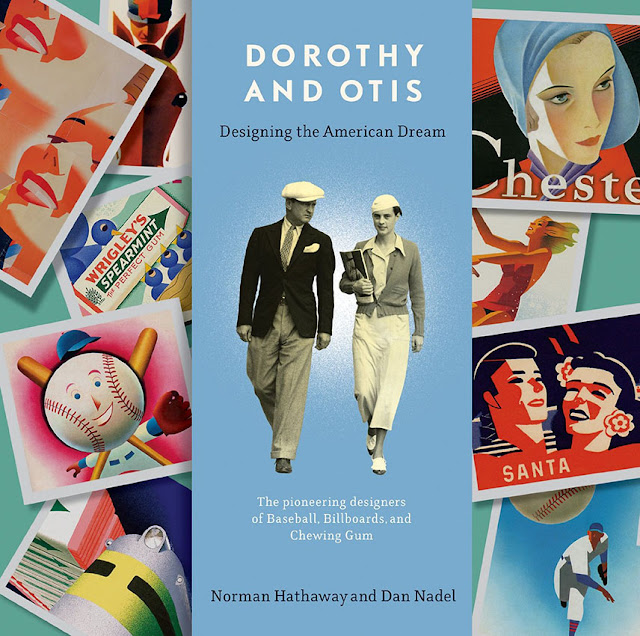